Zip line in the cards for Rickwood Caverns? 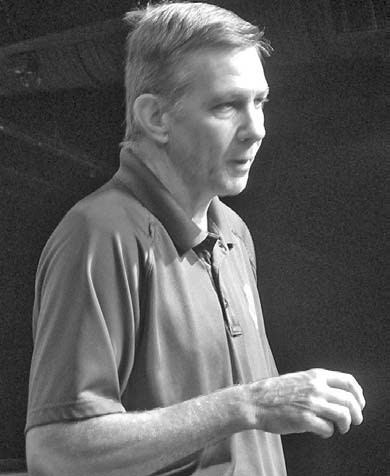 Lamar Pendergrass headlined the Blount County-Oneonta Chamber of Commerce luncheon program last week, and he had some encouraging words to say about Rickwood Caverns State Park. Pendergrass manages two cave-feature state parks, Rickwood and Marshall County’s Cathedral Caverns State Park. Largely as a result of Constitutional Amendment 2, the Alabama state park system is now keeping revenue generated by state parks under its own control rather than surrendering a sizable portion to the state general fund to help prop up other state agencies. As a result, state parks are now able to attack the accumulated backlog of long-delayed maintenance and repair work and begin looking toward significant upgrades and improvements in the coming two to five years, Pendergrass said. One of the improvements he mentioned was adding a zip line to attractions now available at Rickwood, pointing out that the terrain lends itself well to such a feature. Other improvements he said may be in the picture include biking and hiking trails, as well as cabins and tiny houses, a new trend which has already been introduced in other state parks. He said 25 spaces are being added to the existing campground at Cathedral Caverns State Park and that when that upgrade is completed, he plans a similar expansion of Rickwood’s campground.

‘Rickwood will make over $400,000 this year,’ he said. ‘For that size park, that’s pretty good. That’s going to prove to officials that we can make money and it’ll allow us to make improvements. It won’t all happen overnight or even next year, but we’ll be able to start moving forward.’

The luncheon was sponsored by Alabama Power Company.