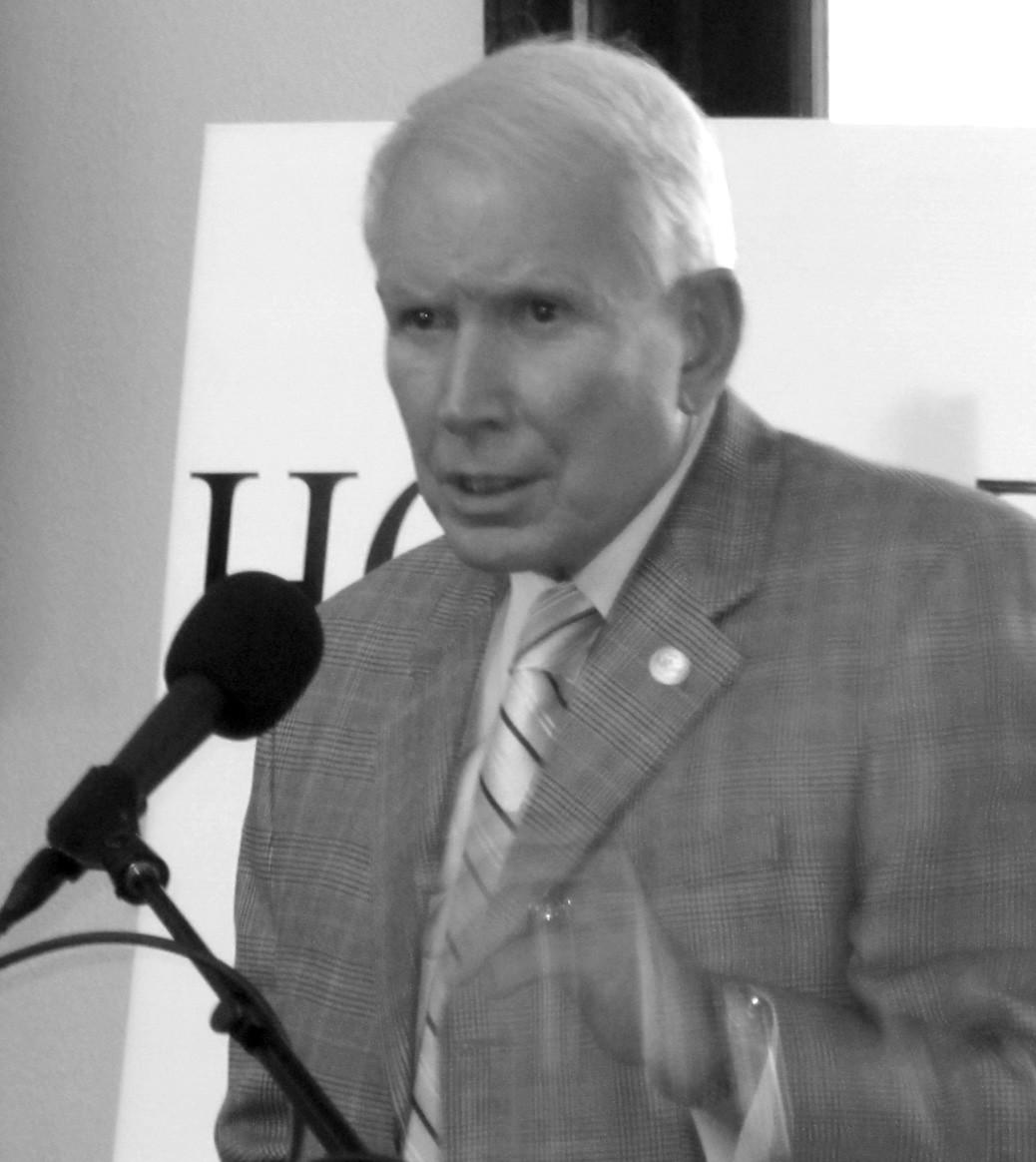 Chamber breakfast regulars took a refreshing break from politics and problems last Wednesday when they listened to former SEC chief referee Dick Burleson talk about his 25 years calling football games in the conference. An underlying theme throughout the mainly humorous presentation was the constant, unforgiving scrutiny football officials are under by all stakeholders in the football enterprise – not only fans of both sides, but players, coaches, and the conference itself – to approach, if not achieve, perfection. Supporting that theme was the powerful picture Burleson painted of SEC headquarters on Saturdays in the fall when he, the SEC commissioner, replay officials, and others gather in a huge hall, surrounded by eight or more wall-sized TV monitors they use to try to screen every aspect of every conference game played that day. Burleson contributed one axiom fit for inclusion in the chamber’s annual leadership seminar: “You never know what you can get away with until you try,” a principle he adduced from a Tennessee football player he threw out of a game twice after the player donned a new jersey with a new number and came back into the game for several more plays following the first ejection. – Ron Gholson