You don’t have to be present to… 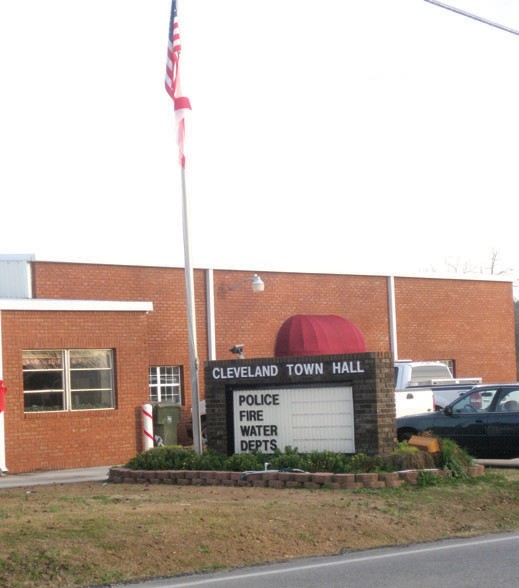 Ten minutes before the council meeting was to begin, the parking lot of Cleveland Town Hall was full and groups of citizens were gathering outside. At 6:56, superintendent of water Steve Pass received a call from town clerk Debra Millwood, stating, “We just found out that (mayor) Larry Longshore was in Tennessee and would not be able to attend.” With no quorum, the Cleveland council meeting of Dec. 15 was cancelled.


Within five minutes, the concerned citizens of Cleveland, as well as Blount County District Attorney Tommy Rountree, gathered in the fire station for a meeting of their own.

Previously scheduled to speak at the night’s cancelled session, Anita Pass spoke first. She brought along several copies of the lawsuit filed by the Town of Cleveland against her husband, Steve Pass. On at least three recent occasions, Longshore has stated that “there is no lawsuit” against Mr. Pass. “So, in case there’s any doubt,” she said, “I brought copies.”

Most recently, requests have been made for the minutes of those meetings. Those requests have not been granted and audio tapes of those meetings have seemingly disappeared. Requests from several citizens and subpoenas from Rountree and Alex Smith, attorney for Sullivan, received the same reply – nothing on those dates. A civil suit has now been filed against Longshore and council members Mike Evans, Kandy Little, and David Grigsby, as well as clerk Millwood. Tampering with or destroying records and/or minutes is a criminal act, according to Rountree.

“Up until this point,” said the district attorney, “there wasn’t much that I could do. Now there’s criminal action.” According to Rountree, if proven guilty, any or all of those named in the suit could be punished by up to $25,000 in fines and up to a year in jail. Smith has also reportedly served Longshore, Little, Evans, and Grigsby with subpoenas to give sworn depositions as to their knowledge of where the missing documentation may be.

A court date of February 10, 2010, has been set for the Sullivan vs. the Town of
Cleveland
case, at which time it should be decided if Longshore legally is or is not the mayor. If the latter is true, then “Everything is null,” said Rountree. “In my opinion, we’ve got a council that’s been operating without a mayor,” he continued; “this leads to invalid expenditures spent without authority and I am planning to get that money back.”

Furthermore, according to Alabama Code, Sect. 11-43, and the case of Boozer
Downs v. the Town of Woodstock
“an unconditional resignation cannot be withdrawn after its acceptance to be effective immediately,” according to then-attorney general for the State of Alabama, Bill Pryor.

It is interesting to note that J. Stanton Glasscox, the previous legal counsel for the town, is allegedly still receiving reports and responding to inquiries about Cleveland. According to Rountree, Glasscox questioned him “as to my authority to look into these matters. I was told by Mr. Glasscox that these were private matters and not my business,” Rountree stated.

In closing, Rountree vowed, “I’ll do the best I can” and promised to serve another subpoena for all minutes and audio tapes from November 2008 to the present. A Blount County judge has also served papers that requests for documents pertaining to this case be served in a quick and timely matter.