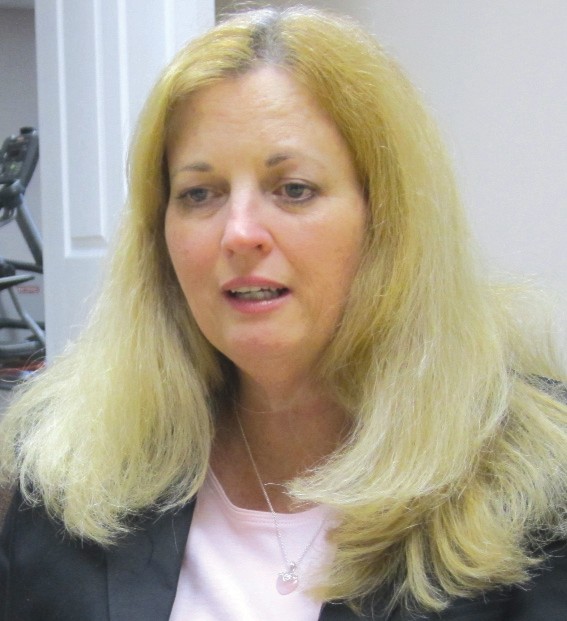 CASA volunteer Pat Standridge. The payoff: “…knowing you are there for a child when they had no one else.”

Court-Appointed Special Advocates for children – CASA volunteers. Remember them from the last couple of weeks? They do some of the county’s most priceless, stressful, and unglamorous work – investigating the seamiest and most shocking sides of people’s lives and the treatment of their children, so the court can make better, more informed, and more judicious decisions on the children’s futures.

And they do it for nothing. They’re not paid. Not even reimbursed for expenses, like mileage.

Why? What attracts them to this job? Why do they continue to do it? What’s in it for them? What kind of person does it take to do it? What happens if the CASA agency itself goes under? Why do we need them to always be around? We can’t hope to answer all those questions in this article, but we can attempt to shine a little more light on the subject.

To do that, The Blount Countian interviewed a CASA volunteer – Pat Standridge of Locust Fork– a volunteer since 2007, who, over the past five years, has handled four cases involving a total of nine children. (Often there may be more than one child, brothers or sisters, involved in a single case.)

Standridge has made a life’s work of volunteering, both at the school before her son graduated a couple of years ago, and at Locust Fork Baptist Church since then, where she volunteers as a substitute teacher for the kindergarten, and keeps the nursery at least once a week, among other volunteer gigs.

How did this meek-appearing, softspoken school and church worker find her way into the big-time niche (by comparison) of private investigator for CASA? (“That’s what I tell my friends when I’m trying to explain to them what I do,” Standridge said. “I tell them I’m kind of like a private investigator.”)

“I had not heard of CASA,” Standridge said. “Then the former director of CASA came and spoke to a ladies group at Locust Fork Baptist Church. Volunteers to help children were needed. By the end of her talk, I felt compelled to check into it. I felt like she was speaking directly to me,” she said.

She checked into it, along with two other ladies from the group. All subsequently became CASA volunteers.

It can’t be that easy, you say. You just want to help and POOF! you’re being sworn in as a CASA volunteer? No, it isn’t that easy. There’s substantial training involved. You attend a 10-week CASA training course, twice a week for three hours per session to get prepared to handle duties which include not only investigating – collecting information – but then presenting it in court – testifying on the stand, in fact. Then, you face questioning from lawyers who may challenge the information you present, as well as conclusions you may have drawn from it.

On the matter of ease, experts agree: easy it ain’t. “When people ask me what I do, and I tell them in a general way, they’ll often say ‘Oh, I couldn’t possibly do that,’” Standridge said.

They’re probably right: if they think they couldn’t, they probably couldn’t. CASA director Sarah Calvert echoes the thought. “Not everybody can do this work,” she says. “Sometimes, that comes out during training.”

“I don’t enjoy testifying,” Standridge said. “It’s the part of the job I like the least. Much of the time, I might average two or three hours a week doing CASA work, but on the week I’m scheduled to testify, it might be two or three days getting ready to go on the stand. I get nervous and I want everyone to like me. Sometimes the lawyers have challenged my testimony. But you have to stand your ground. You don’t necessarily have to go along with the other parties. You have your own ideas, and your own point of view, and you have to recommend what you think is best for the child.” (Not-so-random fact: the judge follows CASA’s recommendation 80 percent of the time.)

“It’s not for the person who’s selfabsorbed. It’s not about you. That automatically rules some people out,” she said with a laugh.

“Also, you have to be able to make do with less-than-perfect solutions. The outcome might not be exactly what you hoped for, but the children are a lot better off than they were. They may have been in danger of losing their lives. You want them to be both safe and loved. But the main thing is for them to be safe.”

Editorial note: CASA workers don’t say this, but the thought that recurs in the interviewer’s mind is “These people (there are three men included in the group of 12 active volunteers and it would apply to them, too) have got to be tough to do this – mentally, emotionally, and intellectually tough. You have to be soft enough to care, but hard enough to be tough when the going gets rough.”

So, why does Pat Standridge continue doing this unpaid, and unglamorous, job? What’s the payoff?

This is a hard question, but she starts answering in good order. Toward the end she chokes up a bit, proving, if anything, that she has a heart and that the job she does really matters.

“Because their lives are so much improved. It’s reflected in their school work. It’s always much improved. But it’s more than that. It’s just knowing that you were there for a child when they had no one else. These are such good, sweet kids, even after the terrible things they’ve been through. I often feel like if they didn’t have anywhere else to go, I’d be willing to bring them home with me. Of course we can’t do that, but that’s how I feel about it. They’re such sweet, sweet kids, and they need to be loved.”