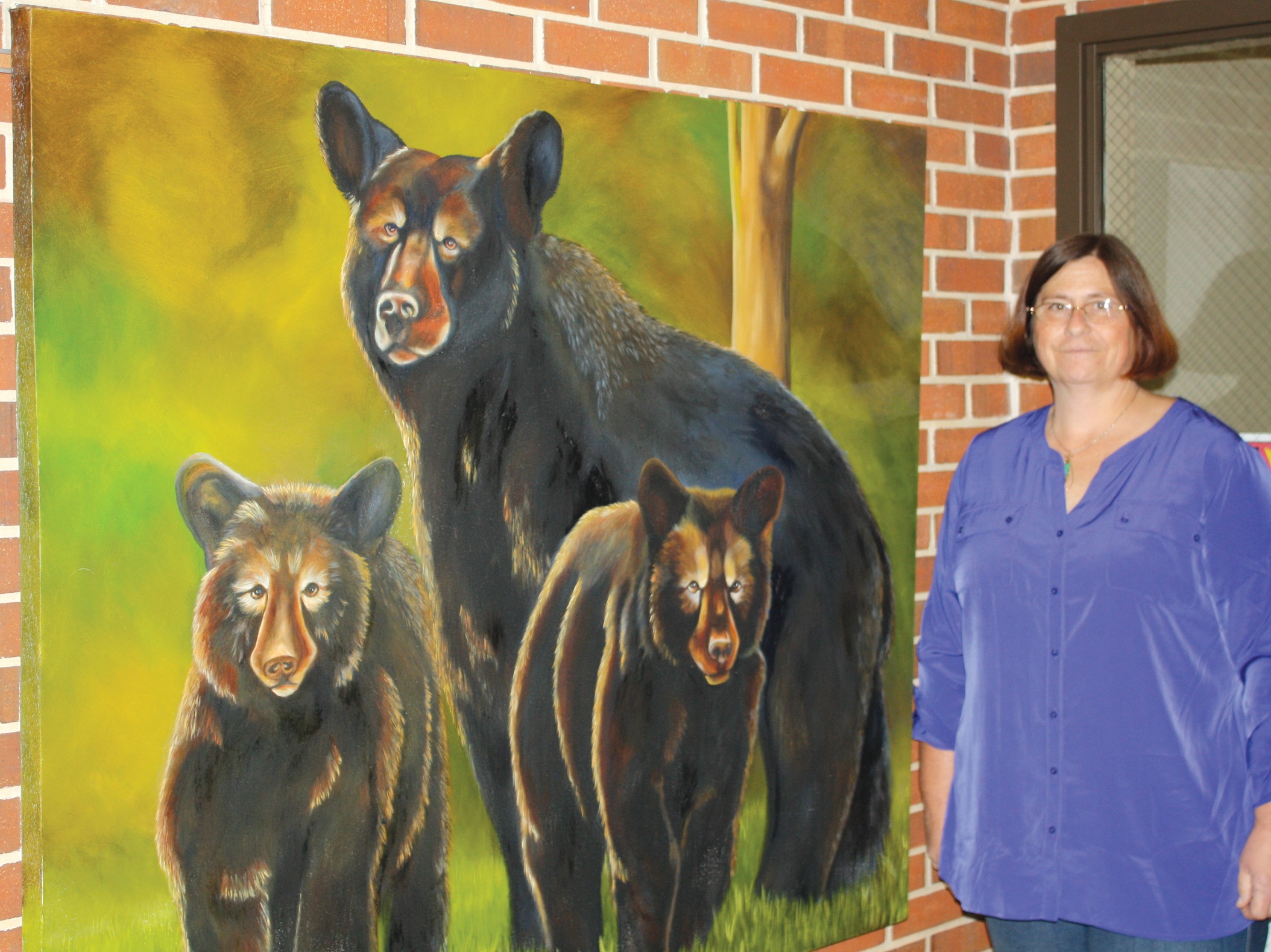 Trish Priest with her painting of a bear and her cubs. Priest took various pictures of the bear family during her vacation and decided to transfer one photo to a painting.

Two Blount County artists’ work will be featured at the Frank Green Building for the next two months. Painter Trish Priest and photographer Regina Fuller were chosen as feature artists by the Blount County Memorial Museum.

Twelve paintings by Trish Priest, of Remlap, will be displayed.

Priest says she has been painting as long as she can remember and recalls her first canvas being the small cardboard centerpiece placed in the middle of her father’s uniform after it had been laundered. 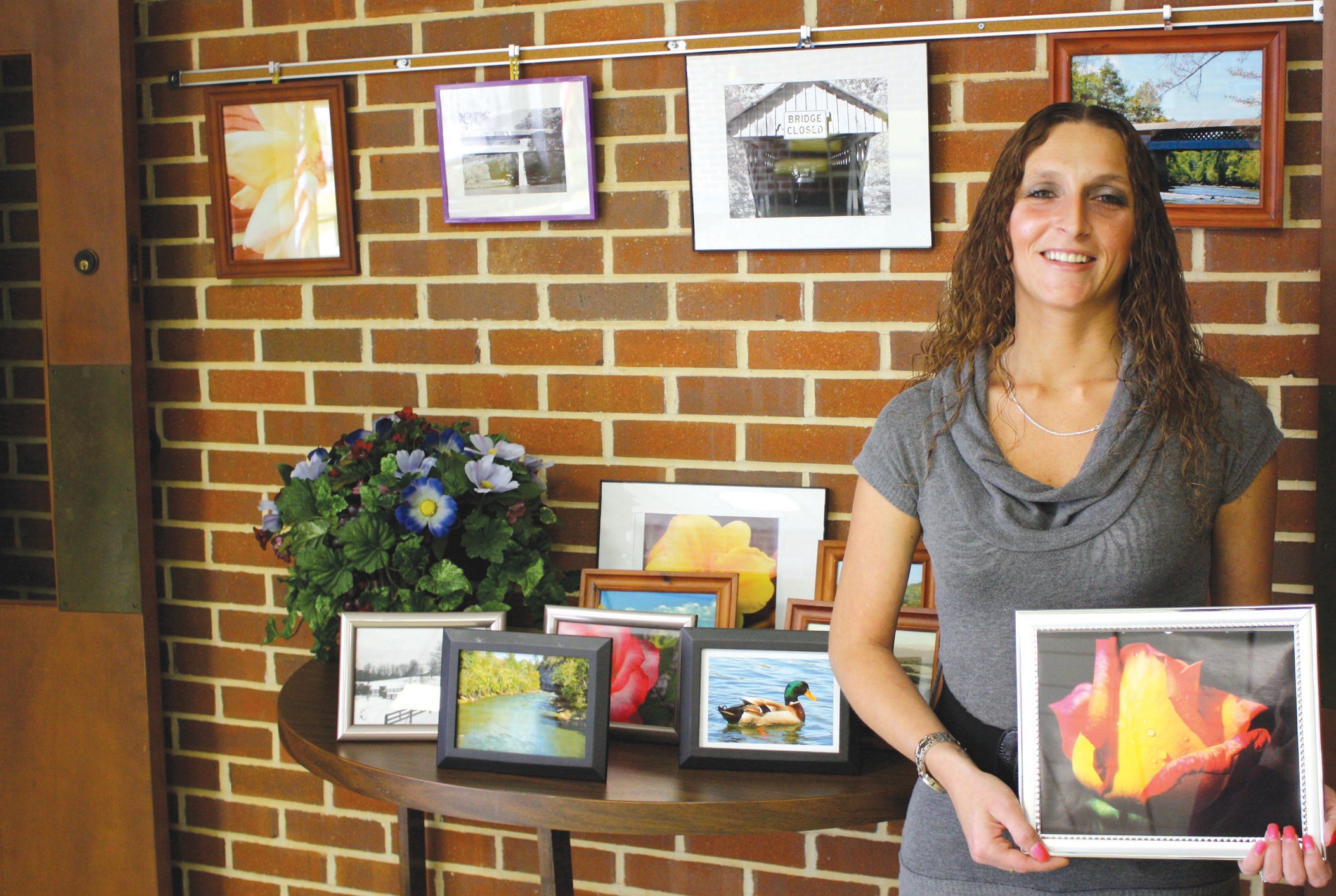 “After that, I progressed to painting on the walls, but I got in trouble for that,” Priest said.

Now, her paintings are covering walls, but she’s definitely not in trouble. She’s being honored as a feature artist.

Priest says creating large art is exciting to her, and, on occasion, she can paint for five to six hours at at time with her bigger paintings taking up to a month to complete.

Two years ago, Fuller, of Hayden, began to dabble in photography. However, with her children’s encouragement, Fuller is now looking into taking her skills a step further and progressing her photography hobby into a career. Most of Fuller’s pictures feature nature in Blount County and the surrounding areas.