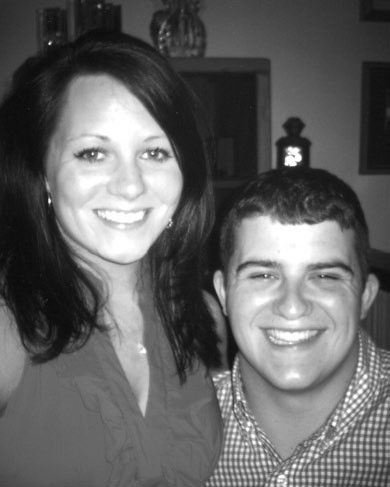 Mr. and Mrs. James Edward Woodard of Springville announce the engagement of their daughter, Morgan Jeanne Woodard, to Neal Brett Oltremari, son of Mr. and Mrs. Mike Hellums of Oneonta and the late Martin Oltremari of Greenville, Miss.


The bride-elect is the granddaughter of the late Jack Woodard of Lake City, Fla., Carol Murphree Shelton of Springville, B.W. O’Rear and the late Jeanne O’Rear of Gadsden. She is a 2006 graduate of Oneonta High School and the owner of Pets First Grooming in Oneonta.

The prospective groom is the grandson of Mr. and Mrs. Netho Oltremari of Cookeville, Tenn., Phyllis Costill and the late Bruce Costill of Anderson, S.C., and the late Mr. and Mrs. QT Hellums of Albertville. Employed at Nucor Steel in Birmingham, he is also attending the University of Alabama in Birmingham working toward a degree in civil engineering.

The couple will exchange vows June 6, 2009, at Union Hill Baptist Church in Oneonta. After a honeymoon in Steamboat Springs, Col., they will reside in Trussville.