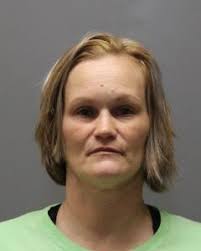 Goodwin was pronounced dead at the scene.  Her 3-year-old son died a short time after the wreck.  Heaton was indicted by a grand jury in July 2018 following an investigation by ALEA.  Evidence showed that Heaton had Alprazolam, Fentanyl, methadone, and morphine in her system at the time of the wreck.

Heaton was sentenced to 30 years on each count of reckless murder. Blount County District Attorney Pamela Casey said, “I am saddened to see two lives that were taken too soon as a result of the misuse of prescription drugs.  Those who are suffering from addiction need to reach out for help before another innocent life is taken away too soon.”

Casey commended the work of ALEA State Trooper Kevin Price for his work on the case and first responders who worked the wreck.