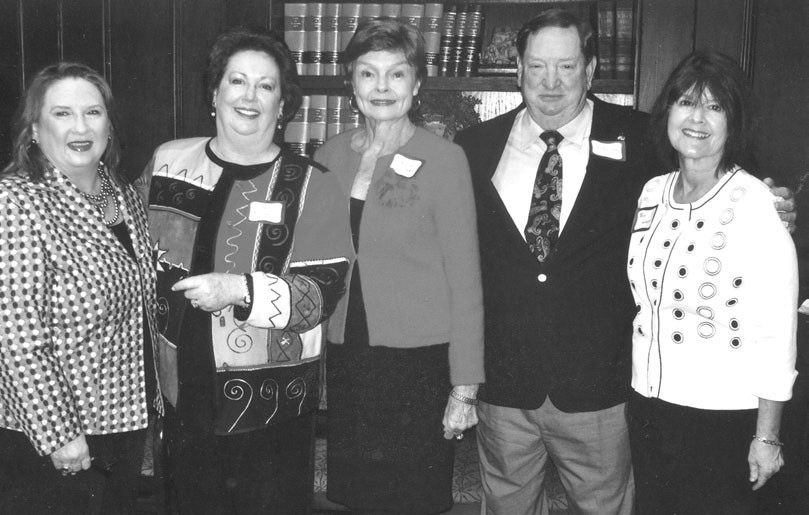 Oneonta’s Dr. Syble Hazelrig Brindley (second from left) is one of 10 named women of distinction by the Girl Scouts of North Central Alabama board of directors. Accompanying her March 13 at the recognition luncheon-reception at the Harbert Center, Birmingham, were her husband, Dr. Joe Brindley; two of her former Oneonta High School students Alane Quinn Larimer (extreme left) and Terri Bentley Lowry (extreme right); and Mary Jim Bottcher, earlier named a woman of distinction. All those pictured are Oneonta residents except Alane Larimer, who resides in Mountain Brook. By the time Dr. Syble Brindley retired as professor/chair of kinesiology at the University of Montevallo, she had taught at every level of education and had received countless professional awards. Since retiring to Limestone Springs, Oneonta, the Brindleys have become immersed in church, cultural, and civic affairs. She is president of Oneonta Foundation for Educational Resources (OFFER), secretary of Friends of the Oneonta Public Library, member and trustee of Lester Memorial United Methodist Church and she chairs the writer selection committee for the Oneonta Writers Conference and Variosa Club’s international affairs committee. – Molly Howard