Winter Weather Awareness Week was last week; are you prepared? 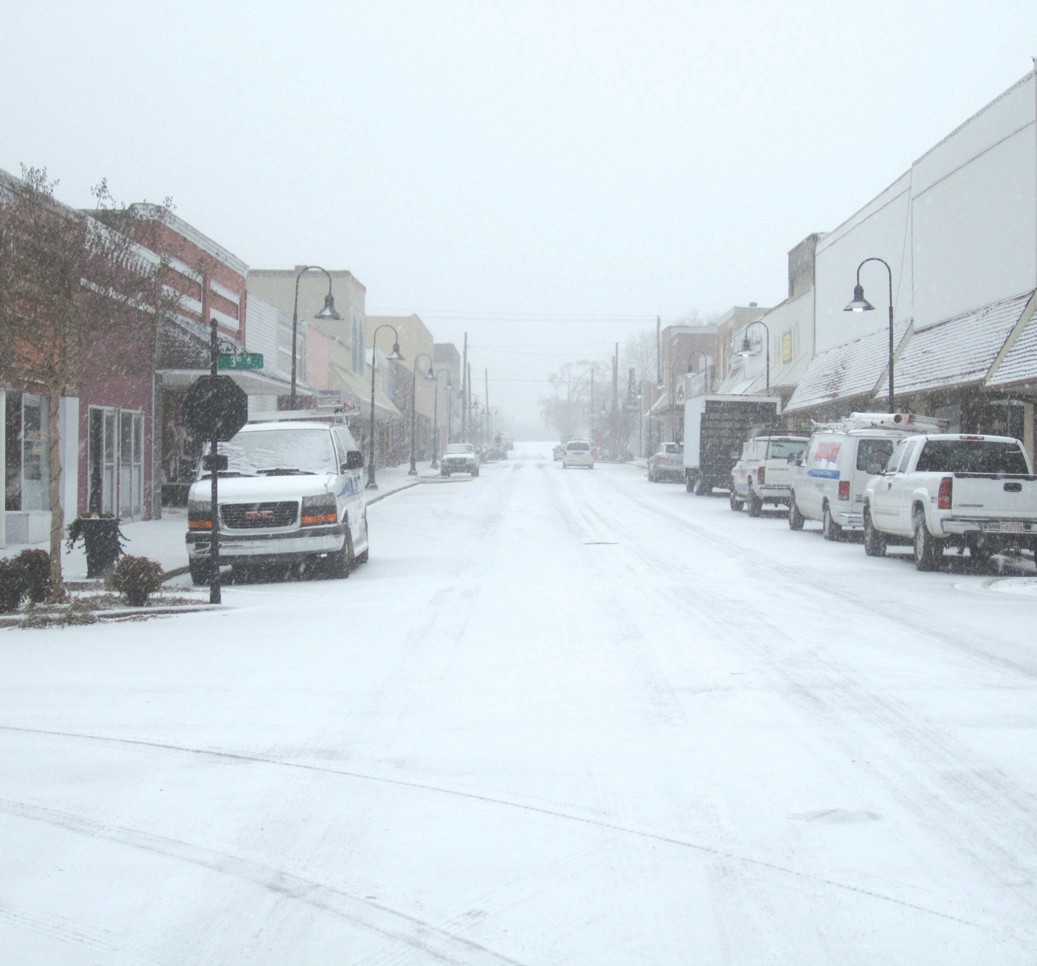 ‘Just a dusting’ was the prediction for this snow event last Jan. 28. Problem was, the warning was low-key, late, and wrong. The storm struck about mid-morning, just after everyone had gotten to work and all the kids were at school. It was a classic case of being unprepared for what was called a ‘snowpocalypse.’

“Below average temperatures are favored (their word) in parts of the south central and southeastern United States…” the National Oceanic and Atmospheric Administration (NOAA) opined recently in its winter outlook summary. Following that prediction, the NOAA observed that the “precipitation outlook favors above average precipitation across the southern tier, from the southern half of California across the southwest, south central and Gulf Coast states…”

Putting those two predictions together – below average temperatures and above average precipitation – one could hazard a guess that we might be in for a snowy or icy winter. But the weather gurus point out helpfully that you can not necessarily assume that because it depends on the extent to which episodes of cold temperatures and precipitation coincide, and they have no reliable way of predicting that.

In fact, NOAA’s bottom line is:“A repeat of last year’s extremely cold, snowy winter east of the Rockies is unlikely.” That was written shortly before the recent “polar vortex” outbreak that broke low temperature and early snow records across much of the United States east of the Rockies.

Maybe that was just bad luck, and the rest of the winter will track as predicted. One way or another, it would be good to prepare for the worst. That’s the thought behind the proclamation of Nov. 16 -21 as Winter Weather Awareness Week by the National Weather Service and the Alabama Emergency Management Agency.

Toward that end, we’ve included a couple of checklists here that you can use to prepare for winter weather. Nothing magic about them, they’re just common sense actions to remember in order to be prepared.

Don’t scoff at them because they’re checklists, and don’t hesitate to use them. Airline pilots and astronauts don’t. Helping your ride get a jump on winter

Start with your vehicle. Make sure to do the usual winterizing you’d normally do anyway, except do it NOW. It’s later than you think. Check oil, belts, and tires. MAKE SURE to check your battery and radiator antifreeze level. If your battery is weak or your cooling system’s not right, the first morning the temperature drops into the teens will find you dealing with a problem.

“People often forget to check their antifreeze level and particularly don’t check their hoses and belts. If the hoses are hard or belts are worn, they need to be replaced heading into winter. But people tend to forget about it until they have a problem, then it’s too late,” said Bobby Wine, co-owner of Reeves-Wine Garage.

After winterizing, equip your vehicle with winter weather preparedness items. For planning purposes, assume you will be stranded for an extended period of time in snowy or icy road conditions. Hey, it happened to lots of people just last January, remember? Think about that if you think some of these items are over the top. Suggestions:

• Avoid unnecessary travel if the roads are bad or if bad weather is on the way. • If you’re driving during a winter storm, and conditions get bad enough to challenge your driving ability, get off the road and seek shelter immediately. • To avoid getting caught in such a storm, check the latest weather information before you depart and make sure you’ve got an adequate window of decent weather to arrive at your destination. • Avoid traveling alone; if you have to travel alone, make sure someone knows your travel plans and routes you plan to use. • If you think you have to travel and the roads are slick, consider your route carefully, especially any steep or long inclines (up or down) you will have to negotiate. If there’s no way to avoid them, you might decide you don’t have to leave home after all.

Get ready at home

• Check your food and water supply. You should have food that requires no cooking or refrigeration in case of power failure. Consider foods like dried fruit, ready-to-eat canned foods, trail mix, etc. You should have bottled water in case the pipes freeze. Don’t forget prescription medicines, first aid supplies, other necessary specialty items. • Check battery-powered equipment, and stock extra batteries for flashlights, battery powered radio, etc. Remember, the TV set won’t be working if there’s a power outage. You’ll need a communication source to keep up with conditions outside and radio stations do a good job of that.

• If you have electric heat, have a plan for emergency heating in case of an extended power outage.

• Stay indoors during storms or extreme cold. The elderly, children, and those in bad health are especially vulnerable to cold. Avoid overexertion, such as in shoveling snow.

• When temperatures drop below freezing, don’t forget to turn on faucets just enough to allow them to drip as protection against freezing and possibly bursting water pipes.

• If you have to be outside, dress in loose layered clothing, with cap and mittens to protect extremities.

• Don’t forget animals and pets. Move animals to a sheltered area. Bring pets inside or provide some form of heat. Make sure they’ve got access to fresh water. They can die from dehydration if you don’t.