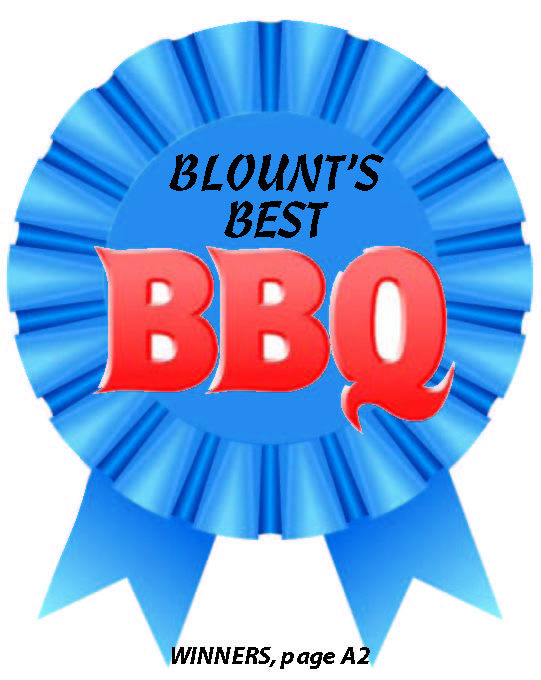 Historically, the state of Alabama is known for having some of the best BBQ in the nation. Turns out, Blount County has a hand in that history.

And the winners are…

Phil’s Grill is a relatively new restaurant in the west side of Blount County, and they literally have the best ribs some of The Blount Countian staff have ever tasted, and all thanks to the special million dollar rub put on the ribs.

“We call it the million dollar rub because it took us a million dollars to get it just right,” says owner Phillip Niblett.“This honor is fantastic. It lets people know the quality of food we have here. It shows that a hole in the wall place can have world-renowned food.”

Niblett has been on a professional awardwinning cooking team for years and says he only had to figure out how to apply his knowledge to the general public.

Paw’s BBQ winner Phillip Weaver says when he was nominated for best pork he knew he would have some fierce competition, although he remained hopeful.

But, no need to rely only on hope when you have some of the best sauce around.

On Monday, Weaver resigned from his position as Snead Police chief, and says he will begin opening his BBQ business full time.

Currently, he works out of a mobile trailer and takes orders through his Facebook page: Paw’s BBQ.

He says he will serve Blount, Cullman, and Marshall counties, and will soon be opening once a week, either Thursday or Friday, at the Jet Pep in Snead.

His most popular order is for two pounds of pork, three sides, and 16 buns, which will feed about 20 people, all for $30.

The secret to his great BBQ?

O’ So Good BBQ owner Oscar Bothwell says he sells big quantities of chicken, and the reason why is clear. It’s delicious.

“All we do is smoke it, cut it up, put a little sauce on there, and serve it up,” Bothwell says.