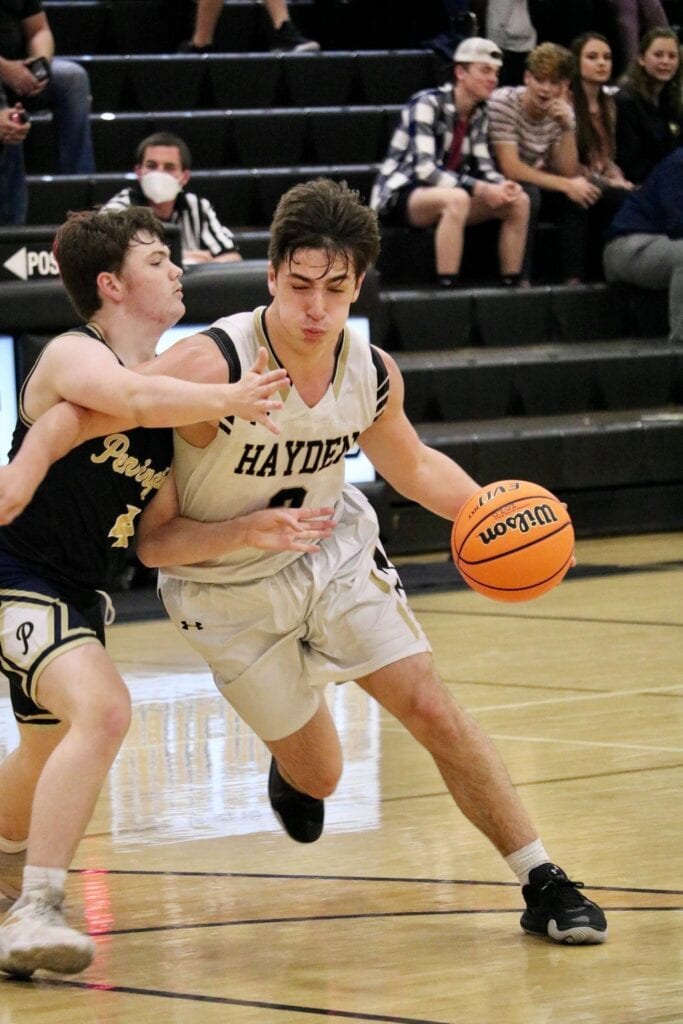 Hayden and J.B. Pennington varsity boys opened the 2020 basketball season last Thursday at Hayden with the Wildcats topping the Tigers 79-37.

Carson Rickels helped Hayden jump out to an early 14-7 lead after the first period with 8 points. By the half, the Wildcats were up 46-17. Rickels led the first half scoring with 20 while Silas Miller added 10. Korbin Register scored 8, Nathan Morgan had 5, Collin Chappell added 2, and Kason Marlin recorded 1.

After three quarters, the Wildcats had extended their lead to 71-36. Hayden’s starters played only a few minutes in the second half as the Wildcats went on to win 79-37.

Rickels finished the game with 24 points. Rounding out the scoring total was Register with 11, Miller with 10, Marlin with 7, Chappell and Landon Bradford with 6 each, Morgan Creel and Dawson Creel with 5 each, Caiden Calvert with 3, and Brayden Burkett with 2. 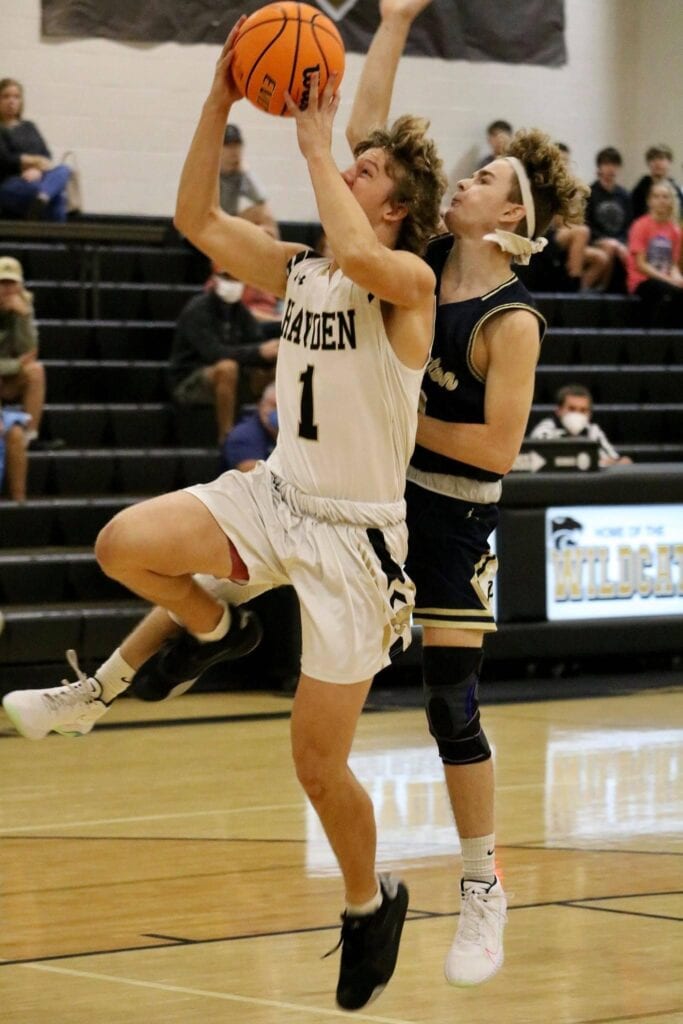 Silas Miller goes up for a layup. -Micayla Rickels 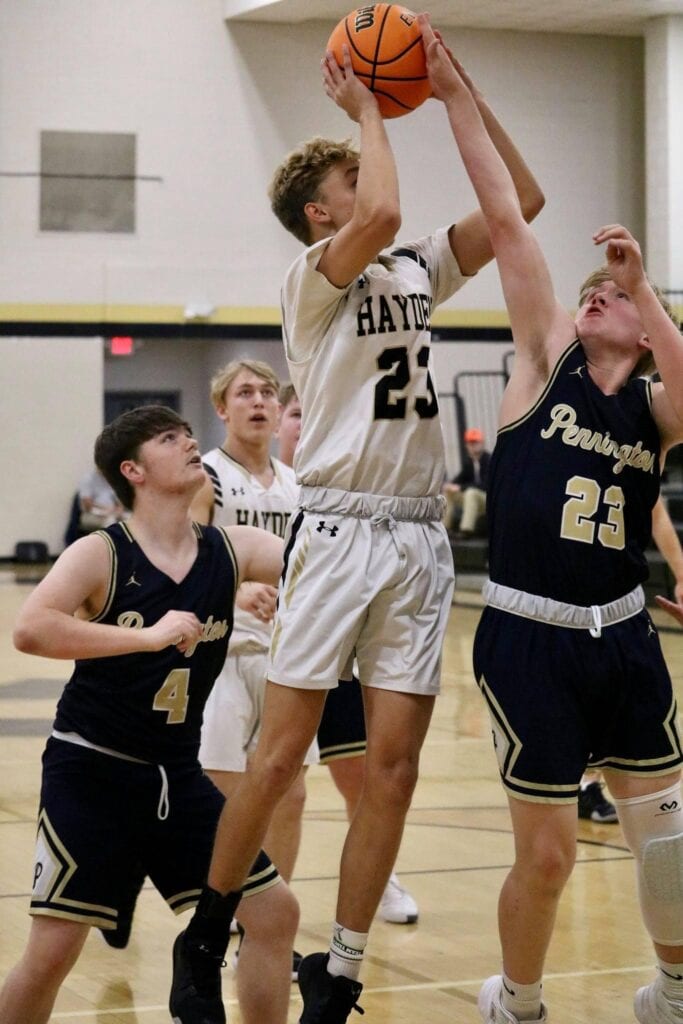 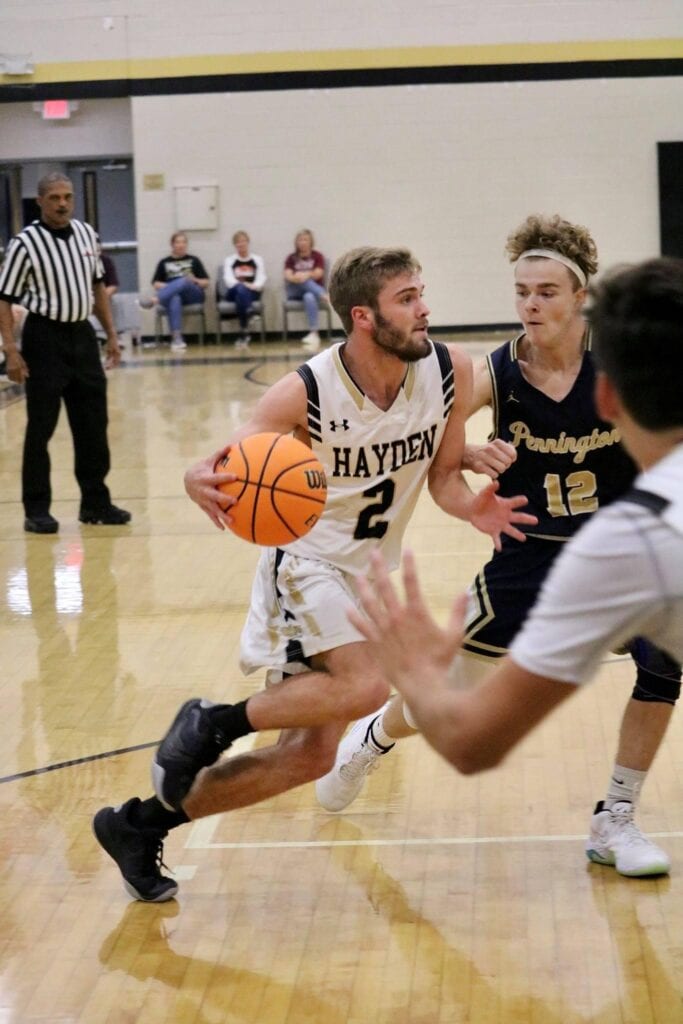