The Hayden Wildcats stepped out of region play Friday night as they traveled to take on the West Point Warriors. Behind the five touchdowns by Carson Rickels, Hayden came away with a 43-35 win.

On the first play from scrimmage, Silas Miller hit Collin Chappell for 66 yards to get on the scoreboard. Jacob Dowd hit the point after, and just 16 seconds in, the Wildcats had a 7-0 advantage. After forcing a Warriors’ punt, Hayden started their second scoring drive. With 3:47 remaining in the first quarter, Rickels scored his first of five touchdowns on the night on a 2-yard run. Dowd’s kick put the Wildcats up 14-0. West Point scored with three seconds left in the first quarter on a 4-yard run by Will Cochran. Anthony Selby added the point after to cut the lead to 14-7.

On the first play after the kickoff, Hayden fumbled, giving the Warriors the ball at the 14. Kelton Washington scored from 4-yards away and the Selby extra point tied the game 14-14 with 11:06 to go in the first half. After a Hayden punt, West Point drove 75 yards for the go-ahead score when Cochran hit Kobe Bowers for 11 yards. The point after gave the Warriors their first lead of the night at 21-14. The Wildcats executed a fake punt on fourth down to keep the next drive going. Rickels scored his second touchdown, this one a 29-yard run. Dowd’s extra point was true and the first half ended at 21-21. 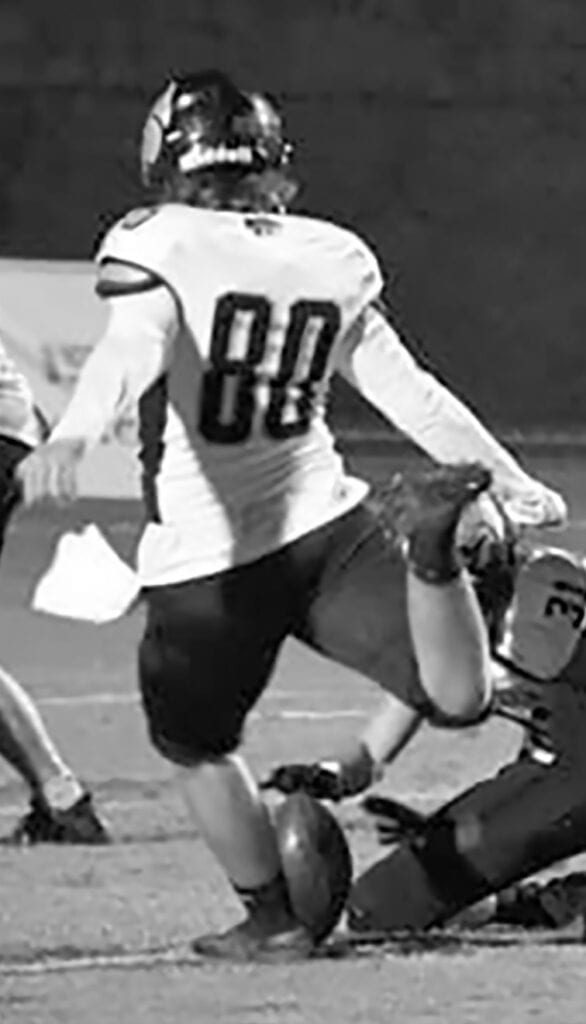 West Point took the second half kickoff and got to the Wildcats’ 20 yard line before turning the ball over on downs. Hayden’s Rickels scored his third touchdown of the night on an 8-yard run. Dowd, who was perfect on the night, put the Wildcats up 28-21 with 8:39 on the third quarter clock. Neither team threatened again until West Point scored on a 60-yard run by Brian Cornelius. The Warriors converted the two-point conversion giving them a one-point advantage with 0:23 left in the third.

Hayden started the final period strong and reclaimed the lead on a 2-yard run by Rickels, his fourth of the night. Rickels ran the two-point conversion to put the Wildcats up 36-29 with 10:55 remaining. The Warriors came right back, scoring on a 3-yard run by Cochran. The try for two failed leaving Hayden with a 36-35 advantage with 9:30 to go. Hayden answered on the next possession when Miller hit Rickels for 23 yards and a score. It was Miller’s second of the night and Rickels’ fifth. Dowd’s fifth extra point gave the Wildcats a 43- 35 lead with 4:16 remaining. Hayden’s Chappell intercepted a West Point pass with just over two minutes remaining to seal the Wildcat victory.

Rickels finished the night with 191 yards rushing on 28 attempts and four touchdowns. He added another touchdown on a 23-yard catch, which was his only reception of the night. His successful two-point conversion run in the fourth gave him 32 points for the game. Miller was 3-for-8 passing for 122 yards and two touchdowns. Chappell had one catch for 66 yards and a score, as well as a 32-yard kickoff return and an interception. Nathan Wheeler had one catch for 33 yards.

Korbin Register led the Wildcat defense with 11 tackles and a sack; Brady Green recorded nine; and Braden Hodges and Justin Hall had eight apiece. Dowd was 5-for-5 on extra points with a 30.3-yard average on punts.