Wildcats pull away from Warriors 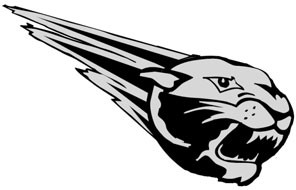 The Hayden Wildcats outscored the West Point Warriors 19-6 over the final two quarters to pick up a huge 5A Region 6 win on the road last Friday night.


Hayden got on the board in the first quarter on a 7- yard run by Isaac Veitch. West Point tied the score early in the second quarter but Hayden got a a 29- yard touchdown pass from Corey Ward to Dusty Harrison and then a two-point pass from Ward to Ethan Hayes to take a 15-7 lead.

However, West Point got a touchdown late in the half and a 21-yard field goal on the final play of the second quarter to take a 17-15 lead at the break.

The Wildcats got a pair of touchdown runs in the third quarter – 10 yards from Veitch and 9 yards by Ward – to lead 28-17 after three quarters.

The Wildcats were balanced on offense with 39 rushes for 197 yards while Ward completed 15 of 25 passes for 199 yards.

Veitch rushed for 137 yards and two touchdowns on 25 carries and caught three passes for 34 yards. Witt caught seven passes for 85 yards and a touchdown.

Zac Henderson and Bradley Lovejoy led the defense with 10 tackles each and Lovejoy and Josh Durante each had a fumble recovery.