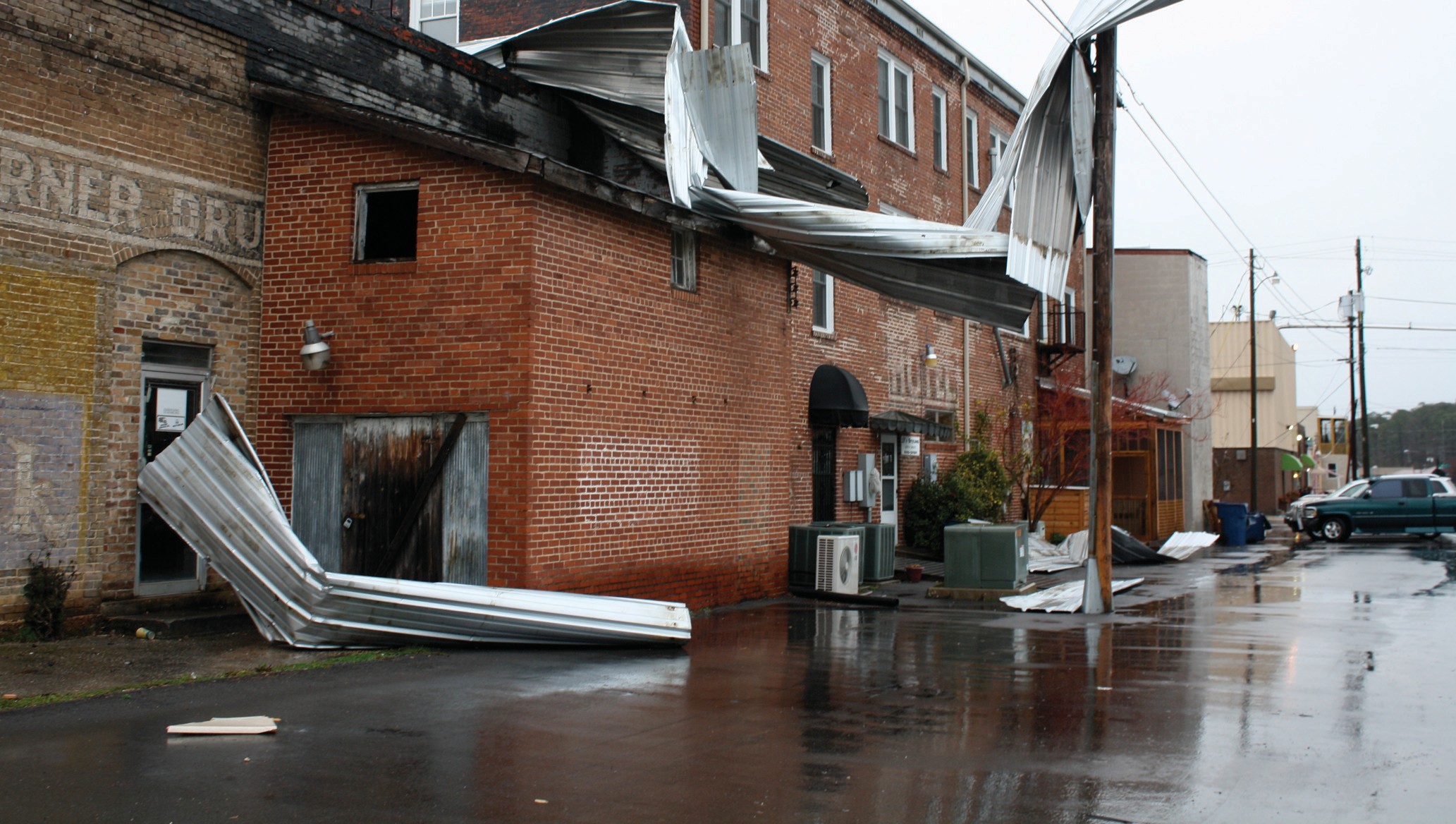 “For now, it seems this was all straight-line winds, nothing, so far, has indicated any rotation,” Armstrong said. “It appeared that the storm was speeding up and then slowing down, and strengthened right before it entered Blount County. We saw the damage reports right before, but it was too late. All we could do was, at that point, tell people to be careful.”

Armstrong says no injuries were reported besides a minor injury that occurred when a vehicle struck a downed tree. 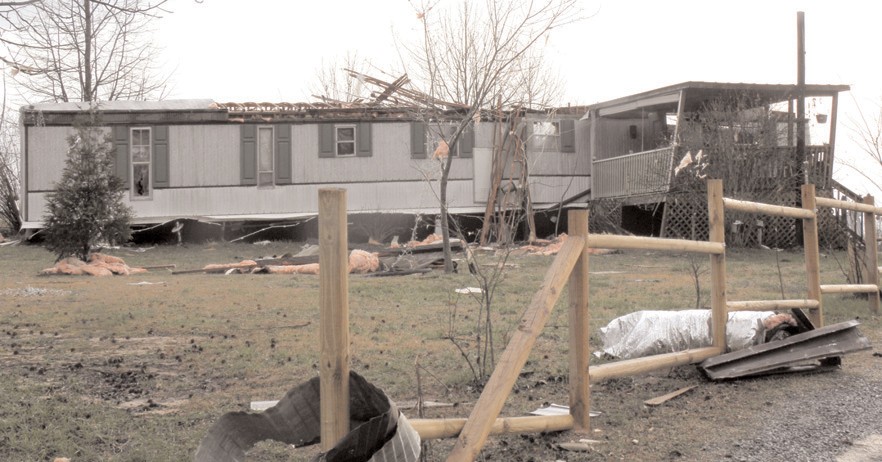 According to Alabama Power spokesperson Alyson Turner, more power outages were reported in east Alabama because of Monday’s storm than after the April 2011 tornadoes. At the peek, 95,351 households in east Alabama were out of power, and as of 1:30 p.m. on Tuesday, 1625 buildings in Blountsville still had no power and 7843 in Oneonta were still in the dark. Turner said no official target time had been given on when all power would be restored. The straight-line winds took the roof off a building in downtown Oneonta (top). A mobile home (left) in Susan Moore suffered severe damage after Monday’s storm. Numerous reports of roof damage (right) came in after the storm. 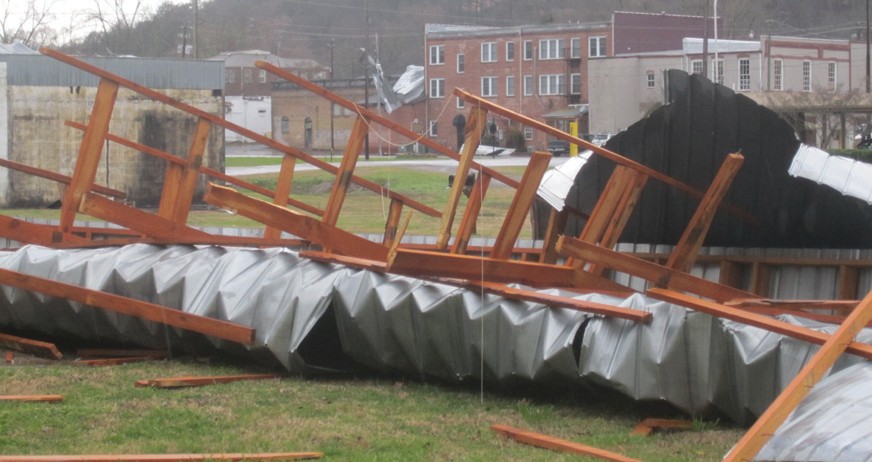