Why nothing much happens in the Legislature 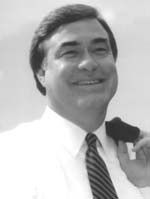 For the past five or six years the Legislature has pretty much cut state government to the bone. One of the areas that legislators have taken an axe to are Alabama’s cultural heritage agencies. These organizations throughout the state have taken it on the chin.

There is an informal partnership of seven state agencies that have sought to educate Alabamians about the importance of our rich and dynamic history. The alliance is comprised of the Alabama Agricultural Museum in Dothan, Brierfield Ironworks Historical State Park in Brierfield, Tannehill Ironworks State Park in McCalla, the Historic Blakely Authority in Spanish Fort, the historic Chattahoochee Commission in Eufaula, the USS Alabama Battleship Memorial Park in Mobile and the St. Stephens Historical Commission in St. Stephens.

This alliance’s membership of educational institutions represents nearly two centuries of combined service to Alabamians in promoting and preserving the state’s history. These institutions have played a significant role in the cultural life of our state by educating residents and visitors to the state about our past. Their work runs the gambit from Alabama’s rich Native American history to its formative years and the important role in the Civil War to the vital role of the agriculture and iron industries in Alabama’s development. They preserve some of our state’s most special places and provide a crucial resource for educators. They are preserving Alabama’s heritage.

In fact, the tourism dollars generated annually by these agencies more than offset the modest appropriations they formally receive from the Legislature. These agencies’core functions are educational in nature.

These cultural history agencies are small potatoes in state spending. However, our state roads are another story and they are falling apart. At least 15 percent of the state’s urban roads are in very poor condition and another 35 percent are rated as mediocre. This is according to a recent report from TRIP, a national transportation research group. The same study revealed that 25 percent of Alabama’s bridges are deemed structurally deficient.

Since 2012, the state has had a windfall in federal money to help with road and bridge building in the state. This joint federal state project known as ATRIP, an acronym for Alabama Transportation Rehabilitation and Improvement Program, has been a godsend for rural roads in the state. Many a county commissioner has praised the Lord for this manna from heaven. This program has been a $1-billion boost to help counties repair and improve roads and bridges. However, ATRIP is coming to an end.

Our state road program and entire transportation system is funded totally with revenue from gasoline taxes. In fact, they are separate from the General Fund and operate autonomously from the rest of the state agencies. The Alabama Department of Transportation has been a good steward with its money. It has put its resources into proper projects without regard to politics. In past years, governors used road projects to reward their friends and punish their enemies. The current Bentley administration has chosen a businessman to head the agency and the agency has made the most important arteries and roadways a priority.

The current gasoline tax of 18 cents per gallon has not changed since 1993. As you know, things like equipment and materials have gone up significantly since then. In addition, more fuel-efficient cars have hit the road causing a decrease in revenue. Some legislators and mayors are seeking a gas tax increase in either this year or next year’s legislative session.

During legislative sessions a good many of you have asked why straightforward, no-nonsense, good government legislation fails to pass even though it appears to have universal and overwhelming support.

You will remember old sayings you heard from your elders when you were young. One of these sage adages,“It takes an act of Congress” pertains to getting something accomplished. In politics, there is no clearer truism. It is hard to pass a piece of legislation through Congress and it is as equally difficult to channel a bill through the labyrinth of legislative approval in Alabama.

Ask any successful lobbyist or legislator which side they would rather be on in legislative wars and they will tell you that they much prefer to be against a bill than trying to pass it. It is much harder to steer a bill through the legislative process than it is to kill a bill. The Senate rules are such that if a handful of the 35 senators are adamantly opposed to something then they can easily kill the bill. That is why nothing much happens in the Legislature.