Who’s going to run the show? 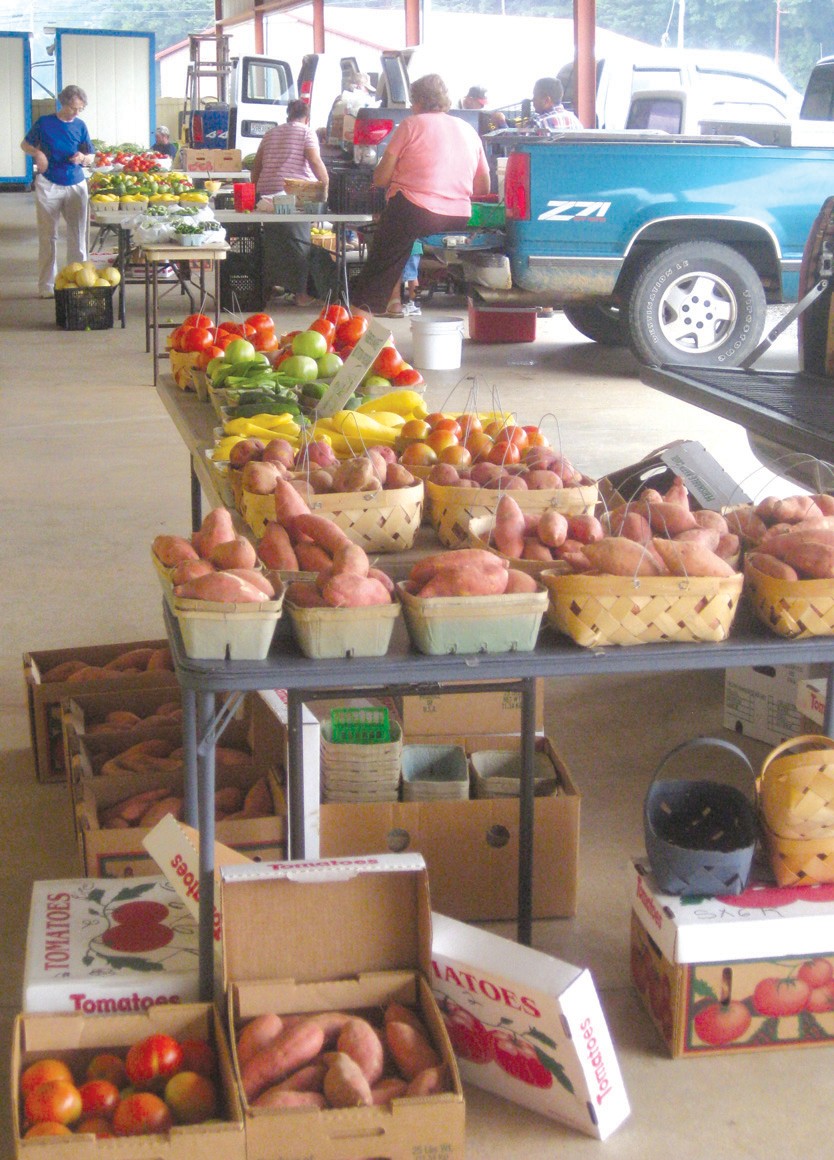 Tuesday, Aug. 17, 9:40 a.m. The phone
rings, and I answer. Without preamble
or pleasantry, a woman’s voice crackles,
urgent and seemingly angry: “You need
to get over to the Agribusiness Center
right now. They’re having a meeting at
10, and the newspaper needs to be there.”

“Who is this, what’s going on?” I say
quickly, but not quickly enough. She’s
gone, leaving only a click and a whir of
white noise in the background.

elsewhere around the county as citizens
got wind of approaching Agribusiness
Center financial difficulties and reacted.

Financial struggles at a glance

According to the newspaper’s information, the Agribusiness Center has struggled over the past couple of years, due in substantial part to tough economic times that have reduced the number and scale of events scheduled there. Expenses for the current fiscal year are projected at $314, 679 with offsetting revenues of only $289,815 for a loss of nearly $25,000 for the year.

More troubling is the decline over the years since 2004/2005 when annual city and county financial support of the center was discontinued. Currently, the center’s available cash assets stand at $47,308, down from some $160,000 at the same time last year. Last year’s safety net in the form of a $112,000 certificate of deposit was spent to repair and recondition the center’s roof and is no longer available to help cover operating expenses. Those expenses average more than $25,000 per month.

So, a lot is riding on the upcoming Blount County Fair, which contributes about half or more of annual revenue. Gross revenues for the upcoming fair are projected at $150,000, compared to about $129,000 for the fair last year, a projection that may be sound given favorable weather, but is still subject to the vagaries of citizens’ discretionary spending in a time of economic stress and uncertainty.

A successful fair may produce net proceeds of $50,000 – $60,000. But that will cover only two months, roughly, of operating expenses. Out of 12 months of the 2009-10 fiscal year, only three – including September, the fair month – showed net proceeds exceeding average monthly expenses.

It seems clear that whatever the organizational solution, the only economic one is to schedule more events to generate more revenues.

There isn’t one yet – a definitive organizational solution – but there are at least two major alternatives: keep the current arrangement with some adjustments to improve financial performance, or transition to some form of management by the city and/or county, who jointly own the property and building.

The current arrangement involves management by a nine-member board, with a full-time director and two full- time employees, one secretarial and one maintenance. As a result of the recent discussions concerning finances and management, the board’s finance subcommittee recommended the following changes:

•eliminate $2,500 for the annual meeting luncheon;

•request $10,000 appropriation each from Blount County and the City of Oneonta to support the center.

Agribusiness Center director Keith Hamby said he will consider a number of new types of events in order to produce more revenue at the center. A public safety exposition involving first responders is high on his list of possibilities, he said, along with similar area or statewide convention type events. He would also like to pursue concerts, agricultural-related festivals, choir competitions, beauty pageants, even a demolition derby.

However, factors beyond local control may impose limits on what is possible.

“The board knows we’re in a unique economy right now, and we don’t have a big, local population base,” he said. The latter fact ruled out a possible bluegrass concert, he said, because the small local base would have required promotion to surrounding counties and would have been too expensive relative to the revenue produced.

Implementing the board’s recommendations will depend heavily on the decisions of the Blount County Commission and the Oneonta City Council, who must vote whether to try to squeeze $10,000 out of budgets that are already stretched to meet other needs.

“In the economy we have today with what we’re looking at with next year’s budget, it’s going to take a pretty hard sell from anyone asking for any kind of an increase for me to go along with it,” said District 4 Commissioner Waymon Pitts. Pitts said county employees have not received a pay increase for the last two years, and face the prospect of not receiving one for three years if it is not given for the upcoming year.

Oneonta Mayor Darryl Ray said he could not speak for the city council, but that he believed it might be willing to support the Agribusiness Center’s request for funding.

Probate Judge David Standridge likewise said he couldn’t speak for the county commission but that his personal opinion is that it would make sense to support the Agribusiness Center Board if its funding request was for a reasonable amount. He didn’t specify an amount, commenting before the board’s request of $10,000 was made.

The city solution and the rumor mill

In the weeks leading up to the Agribusiness Board meeting on Aug. 17, informal discussions between city and county officials resulted in stimulating the rumor mill with whispers of a city Agribusiness Center “takeover.” A more incendiary version had the county “giving” the city its equity in the center in order to get out from under continuing occasional cost and maintenance chores.

The rumors had their inception in discussions between Probate Judge Standridge, county administrator Ralph Mitchell, Oneona city manager Ed Lowe, and Mayor Ray. The discussions began incidentally some two months ago, during a meeting on another subject, according to both Lowe and Standridge.

“We knew the Agribusiness Center was running out of money, and we just started talking about what options were available if that trend continued,” said Standridge. “We talked about the fact that it fit more with the city’s activities and needs than with the county’s, and started talking about some of the things that we could do if we had to – beginning with using the grounds for soccer and football fields, which the city had a need for but we (the county) obviously didn’t.”

“It was out of that conversation I guess that came the perception that the city wanted to take over. We didn’t – don’t – want to take it over. It would mean extra expense to the city, potentially a lot if we did everything that could be done to make it a year-round facility. We would take it I guess if it came down to either that or close the doors,” Lowe said.

“That (taking over) was the furthest thing from what we had in mind,” said Ray. “That never entered into it. I applaud the Agribusiness Board for seeking a solution. It can’t go on like it has been. There’s got to be a lot more activity – more events – for the Agribusiness Center to make it.”

Ray said one activity he visualizes for the center is the annual countywide basketball tournament. He said the center could be converted to a gymnasium by installing a portable playing floor that could be put in place for the event and removed afterward, solving the problem of inadequate seating at some of the high school gyms where the rotating tournament is currently held. Sponsorship could still be rotated with schools taking turns manning the concessions, for example, he said.

Addressing the matter of jealousy between the city and county, Ray said “I want cohesiveness between Oneonta and Blount County,” noting that although sports facilities for youth baseball, football, basketball, and soccer are located in Oneonta, the programs are open to youth countywide, and three-fourths of the kids who play are from outside the city.

“ That’s the way it ought to be,” he said, “and the same way for the Agribusiness Center.”