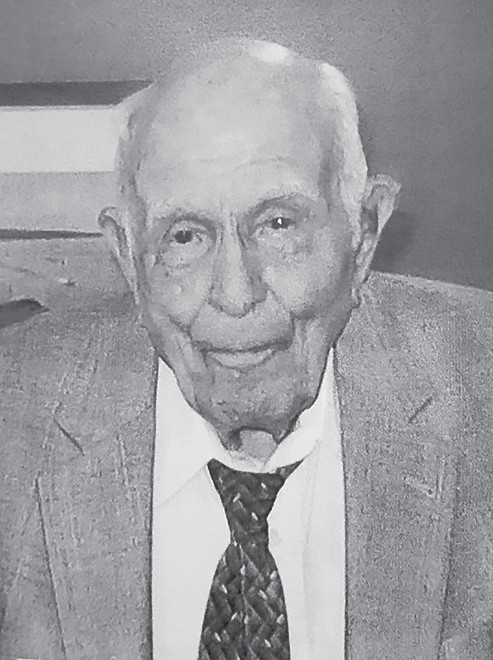 It is not often one gets the opportunity to celebrate a person’s 105th birthday. The fact that the honoree is also a distinguished veteran of the Second World War is just icing on the birthday cake. As rare as it is, that is exactly what is going to take place when the National Active and Retired Federal Employees Association get together to commemorate the long life of Charles White, a U.S. Navy veteran and Internal Revenue Service retiree.

White joined the Navy in 1937 as an Apprentice Seaman and served eight and a half years, which included the duration of World War II. He spent most of his Navy career aboard submarines in the Pacific Theater.

One story told by White was when his sub attacked a Japanese war ship. After firing their torpedoes, the sub went quiet at a depth of 300 feet to wait for the inevitable depth charges from an attacking ship. As a radio operator, White listened for the approaching enemy. When another seaman asked him the location of the Japanese ship, White did not speak. Terrified, he said he pointed a finger upward, indicating the ship was directly above them. Fortunately, the Japanese ship moved on and dropped its depth charges elsewhere. White was honorably discharged after the war as a Chief Petty Officer.

After the war, White attended Snead State College (then a private college) and Auburn University, earning a bachelor’s in business administration. He worked for the Internal Revenue Service for 21 years, retiring in 1973. White has called First Baptist Church in Boaz his church home for 50 years.

Festivities honoring White will take place at Catfish Cabin in Albertville on Friday, March 20, at 10 a.m. NARFE Chapter 942 president Jerry Hudgins said White will receive recognition “from the governor, the Alabama congressional delegation, the Veterans of Foreign Wars, the American Legion, and the Folds of Honor,” as well as the NARFE. The celebration will include a buffet lunch and all veterans and NARFE members are encouraged to attend. The cost is $9 plus tip. Hudgins asked anyone from Blount County planning to attend to check in with Tom Williams at 205-625-5795 so organizers can ensure enough food will be on hand.