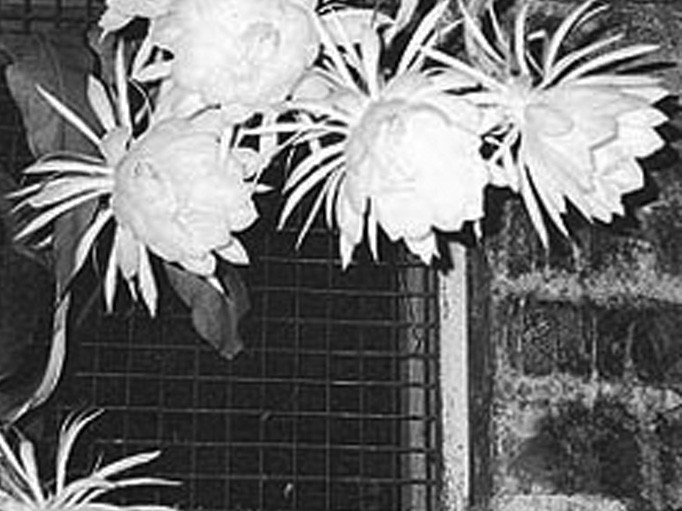 Many years ago, the father of a very good friend was hit by an oncoming car while carrying out his duties as an employee of the State Highway Department. Many broken bones were followed by many surgeries.


At the time of the accident, he and his wife had six children at home. The accident caused her to take whatever jobs she could, sometimes two and three at a time. After four long hurtful and heartbreaking years, the father passed away.

There were then five children at home. Christmas gifts from mom to the children were homemade peanut brittle along with fruit. The children began to marry and move to other areas and states. One sister is special and requires closer attention than most. (I have often thought that my creator put her in my path to continually teach me humility, and she does an excellent job.) When my friend was able to enter the work force, he took a job beside his mother making denim jeans. He now is the administrator of an assisted living facility in Hayden.

Some years back, after several surgeries, heart trouble, and severe diabetes, the mother passed away. Having provided the piano music for many funerals over the years, it was a joy to sit quietly and listen to the Guntersville Church of Christ carry out their part of what was a very fitting memorial to a wonderful lady.

Before her passing, she did something that still offers great pleasure. She had a plant called a Christ in the Manger. She rooted my friend one and we have kept it these many years. It requires very little attention, but always tends to its station well. The foliage is the ugliest greenery to ever grow in a pot. Its meandering leaves at one point can be compared to cobra snakes about to strike. At its budding time, the leaves take on what seem to be the lead ends of pencils.

After about six weeks of growing, the bloom, now about eight inches, curves upward in a pod-type fashion. About sundown when the pod is about to open, it does indeed open to the size of a dinner plate before midnight. The opened bloom is a brilliant white with a fragrance unlike any other I have ever enjoyed. According to my friend’s mother, all the characters of the nativity can be seen, hence the name Christ in the Manger. By sunup the next morning it has wilted pointing downward. We have rooted several and now have 14 plants.

On the night of the blooming, June 24, I sat under the tree with a flashlight and enjoyed 29 blooms with their fragrance. I had coffee and used this time to consider what is important, or should be important, in this life. My friend’s father and mother could not leave framed art, real estate, or great bank accounts. There was no fame or fanfare. Just simple, hardworking people who knew and understood their station in life. They never tried to be more than they were but were proud of who they were.