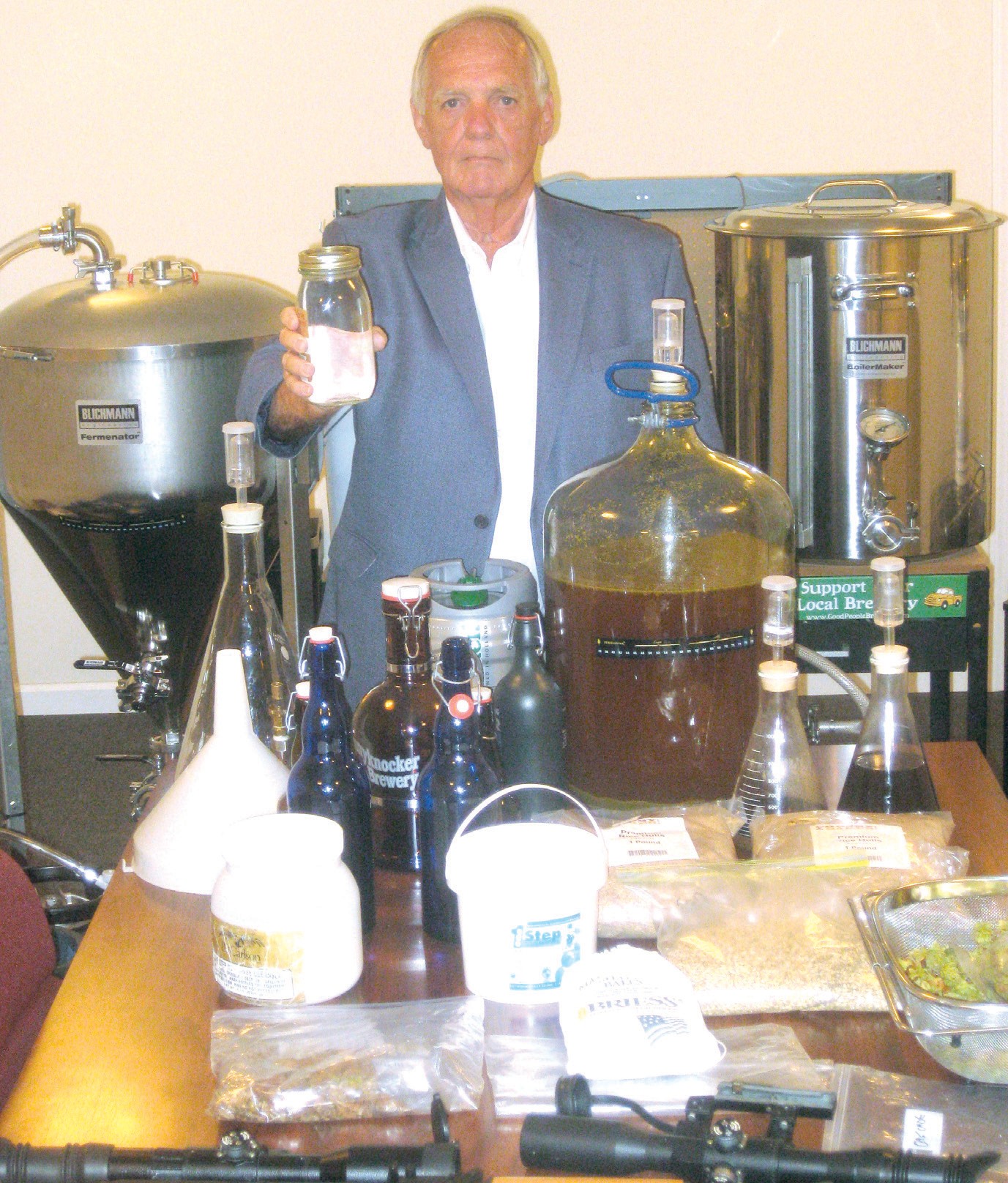 Sheriff Loyd Arrington holds a Mason jar contining a quart of white lightning judged to be high quality by the extent of beading with tiny bubbles when shaken.

Deputies found and closed down a beerand whiskey-making operation Saturday at a private residence on Joy Road, according to Blount County Sheriff Loyd Arrington.


Five stainless steel cookers used to make both white lightning and beer were seized in the raid along with about eight gallons of whiskey and 50 gallons of beer.

The house where the contraband was recovered is owned as a second residence by a man whose primary residence is in Hoover. When arrested, he will be charged with multiple counts related to possession of an illegal still and illegal manufacture of alcoholic beverages. His name was withheld pending the filing of further charges.

Also seized were “a whole room full” of brewing paraphernalia, along with nearly a dozen weapons including eight rifles and two pistols. Deputies who took part in the raid said they initially were looking for evidence of meth manufacturing. They found no meth, but when they approached the house, which was unoccupied at the time, they could see the illegal brewing operation through the window. They then got a warrant to enter the premises.

Investigators Larry Dabbs and Jason Paul led the operation. Paul said that in addition to the brewery paraphernalia, they found a certificate in the suspect’s name certififying him as a “master brewer” from an organization in Milwaukee, Wis. Dabbs said the raid netted about $50,000 in equipment.

He added that the last still he could remember being seized in the county was about 12 to 15 years ago in the Royal area. In other recent raids, deputies seized and destroyed five meth labs, including one in Oneonta, one in the Blountsville area, and three along Ala 160 in the Hayden area.