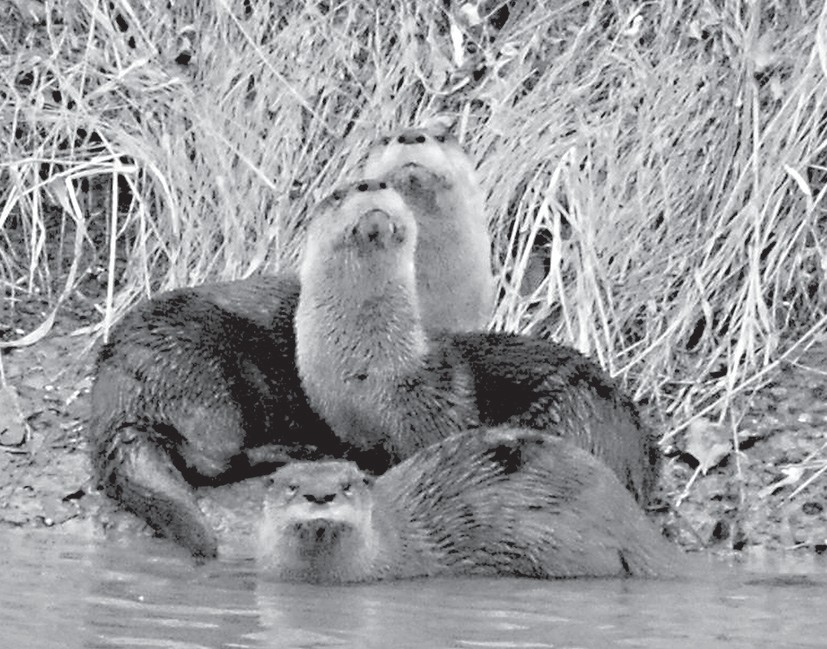 A gentleman from out on Straight Mountain called me one day last year and said something had happened to the catfish in his pond. I asked him if he had seen any beaver slides on the dam or around the pond. He indicated that he had noticed some beaver slides. I told him that these probably weren’t beaver slides but rather where otters had been moving in and out of the pond. They really like catfish and white amur (grass carp) too. As a matter of fact, just last week, an individual down around Pine Mountain said the otters had eaten his catfish and grass carp recently. They also eat other fish but hit these two species pretty hard, maybe because they are easier to catch.

The first report of an otter that I became aware of here in Blount County was several (maybe 23) years ago. One of my friends was trying to trap beaver out of his pond in Nectar and regrettably caught an otter in the trap. The second report was from the Allgood area. A family of otters moved in to several small ponds that had been used as a fish out operation, and that is just what they did; they fished it out, then moved on. I asked the owner to take some pictures of the otter family. I thought it was pretty cool having such an animal living around those ponds, but then again, they weren’t my catfish they were eating. Other than eating fish, they don’t cause any problems in their environment.

One pond owner in Blountsville would get up to go sit and watch the otters in his secluded pond. They are primarily nocturnal animals but are often out during the late evening or early morning as well. Yes, they ate the catfish but the owner got more enjoyment from watching the animals than he did from the fish. He said he could always buy more catfish. They left when they cleaned the pond out. They come and go looking for an easy meal.

I have seen otters in the Locust Fork River, on the Tennessee River, in the Town Creek area of Marshall County, and on the Coosa River at the 4-H Center in Columbiana. They are indeed a special sight to see in the wild. If you get a chance, go down to the river, be quiet and keep an eye out for these animals. You just might get an opportunity to watch them in the wild, rather than in a zoo. They’re not as common as beaver but they are here, and in good numbers.