What’s the secret to a long-lasting marriage? 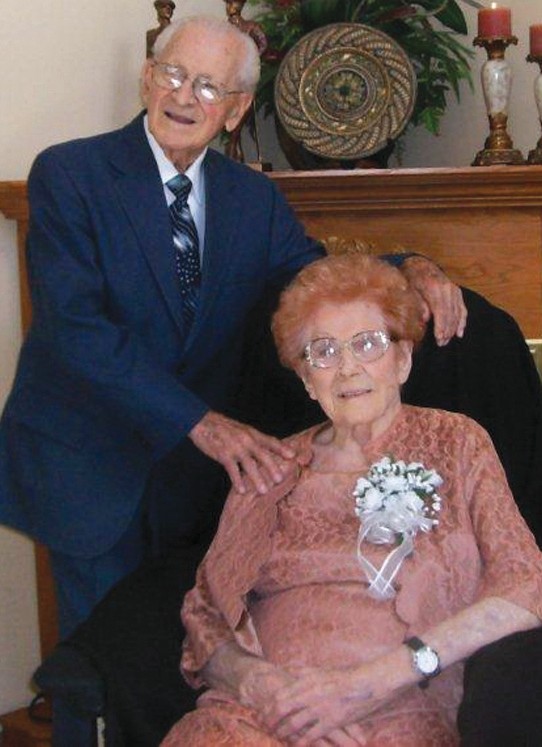 Bob and Dottie Santini celebrated 70 years of marriage in September.

Valentine’s Day might be a good excuse to watch romantic movies, eat a whole box of chocolate, and/or enjoy an expensive meal with your significant other. However, for Bob and Dottie Santini, Valentine’s Day was never a particularly special holiday.

“If we aren’t too busy, every day is Valentine’s Day,” Bob said.

Back in 1937, stepping up and being a gentleman turned out to be life changing for Bob. It started out as a small gesture from a young lady named Dottie. Bob and his brother were late to a river baptism during a church camp meeting in Anoka, Minn. As Bob stood in the back of the crowd and fumbled through his hymnal, Dottie tilted hers to let him see the correct page number.

“I thought it was nice of her to do that, but that was the end of my thoughts for the time being,” Bob said.

However, a slippery slope proved to be destiny.

After the baptism was over, Dottie’s friend fell as she began climbing the embankment back toward camp. Bob’s brother immediately helped her back up.

“I decided if my brother was going to be a gentleman, then I would be to,” Bob said. “I offered my help to Dottie, and we’ve been going uphill ever since.”

This past September, Bob and Dottie celebrated 70 years of marriage.

Bob says the secret to their long-lasting marriage isn’t complicated.

“First and foremost, I think it is each of our relationships with the Lord,” he said. “The other part is not going to bed mad. It’s that simple, at least it sounds simple. If you do go to bed mad, one of you is stubborn and you better get over it.”

Bob’s and Dottie’s careers as nurses have taken them around the globe. For three years, Bob served in the Army while Dottie worked in Chattanooga, but both were open to whichever path God led them.

That path was paved for Africa. For six years, the couple served as missionary nurses at the Ile If Adventist Mission Hospital in Nigeria, West Africa, where both of their children were born. Later, they moved to Birmingham to work at the Pine Hill nursing home.

Bob and Dottie retired after 30 years of work in 1984, but continue to serve their community and church in retirement.

Dottie now resides at TLC in Oneonta where Bob, who lives in Clay-Chalkville, visits as many times as he is able.