What’s on tap in the Legislature this year? 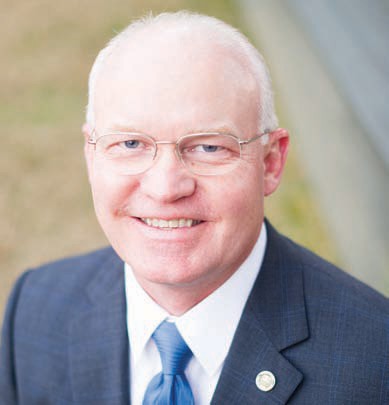 This is the second of two interviews conducted individually with Blount County Reps. Randall Shedd and David Standridge, who together represent more than 90 percent of Blount County voters. The upcoming legislative session begins this week and will end in June.

Standridge represents about 36,000 Blount County voters. District 34 lies in a crescent from the northeast border of the county, extends along its eastern and southern perimeters, then westward to the Cullman County line. It includes Snead, Oneonta, and Hayden. Of the total district, Blount County comprises about 80 percent, and Marshall County about 20 percent.

Following are Standridge’s answers – some quoted, some paraphrased – to a battery of questions posed by the newspaper.

Q: Can you give a quick summary of bills you have pre-filed to introduce in the House on behalf of your district?

A: Standridge said he has pre-filed two bills:

• a bill that toughens punishment for vandalism of churches and religious buildings.

• a bill that provides that if there is a long line waiting to vote at a voting precinct, persons who are disabled or who are 70 years old or older may move to the front of the line if they ask poll workers to do so.

Q: In general, what are your top three priorities for your district?

A: • Main priority in general is representing the views and values of people in the district – determining the specific concerns of constituents, or their feelings on the issues that may come up for debate – determining the will of the people.

• Jobs and economic development, specifically helping existing small businesses to grow; also addressing the bleed of tax dollars leaving the district; for example, people who have to travel outside the district for suitable shopping – translates to stimulating retail development, among other things.

Q: What do you think will be the two most divisive issues the Legislature will deal with this year – issues that could send it into overtime? What are your positions on each?

A: • The General Fund budget and how to fix it. According to various estimates, the revenue shortfall is between $250 million and $700 to $800 million, with $250 million being the figure some say it will take just to “get back to broke.”

• The Birmingham Water Works Board (BWWB) bill to expand representation on the board to include a member from Blount County and other counties in its service area. Standridge said he expects the City of Birmingham and the BWWB to ramp up opposition with large sums of money and lobbyists to defeat the bill, as they did in the closing hours of last year’s session.“I favor this bill, and I will be involved as I was last year, as part of the team pushing for its passage,” Standridge said. He added he hopes to eventually secure some compensation to Blount County for the water removed from Inland Lake.“This bill is the first step toward that,” he said.

A: “I’m not hearing much about that. I can’t see it’s getting much traction,” Standridge said.“I don‘t think we need to do that. The General Fund is in bad shape. The Educational Trust Fund is in better condition, but it’s not that much better, and there are still a lot of educational needs that aren’t being met.

Q: There are several major education issues the Legislature may deal with this session. Please comment on them. A: Standridge’s comments summarized:

• Charter schools – issue is getting a lot of attention, there are significant organizations that are pushing for it (the Alabama Business Education Alliance and the Alabama Coalition for Public Charter Schools among them), and House leadership favors authorizing charter schools; there will probably be a bill to authorize publicly-supported charter schools this session.

• Bill increasing the cap on contributions by individuals and businesses to the scholarship fund created by the Alabama Accountability Act.

• Repeal of the Alabama College and Career-Ready Standards (modified and adapted for Alabama from Common Core Standards) doesn’t appear to have momentum with House leadership.

Q: What is your position on each of these issues?

A: • Charter schools:“I don’t think we need them in this district. It would take resources away from public education here, and we don’t need that,” Standridge said.“The other issue is local control. Local school boards need to be in control.”

• Alabama Accountability Act extension:“I don’t know whether that will come up or not,” Standridge said.“I voted against it last year, and my views haven’t changed. We’ve got good schools here. They do a good job with limited resources. I can’t support things that would reduce their resources even more.”

• Alabama College and Career-Ready Standards:“I’m going to listen to local professional educators from my district on that and rely on what they tell me,” Standridge said. (Superintendents of both Blount County school systems told The Blount Countian last year that implementation of Alabama College and Career-Ready Standards is well underway in their systems and they favor completing its implementation in order to prepare students for an increasingly competitive world of work.) “Most people agree with higher standards, but say we don’t need Washington D.C. controlling our state curricula and standards, and I agree with them,” Standridge added.

Q: Both you and Rep. Shedd were elected to the leadership of the House Rural Caucus – you as chairman and he as treasurer. What specific initiatives will it deal with?

A: “The Rural Caucus will be a major voice for rural Alabama,” Standridge said. He outlined initiatives in four areas:

• Economic development:“The Governor is going to propose a package of economic development measures,” Standridge said.“I have asked that the package include rural components that will provide resources to rural areas and small towns that are at a disadvantage when it comes to site development, funding, spec buildings, infrastructure development and things of that nature. For example, a company or industry looking at a potential site in a rural area might qualify for some advantages that it wouldn’t get in an urban area.”

• Broadband access:“We need to increase broadband penetration – providing highspeed Internet service – into rural areas. This is increasingly critical for economic development – businesses looking for sites won’t talk to you if high-speed Internet isn’t available – as well as education, with schools moving more and more into various applications like notebooks in the classroom and other technology – not to mention increasing technology in everyday life.”

• Road upgrades: examples in Blount County are four-laning of Ala 160, Ala 79, U.S. 278, reconfiguration of the U.S. 231 intersection in Oneonta.“You’ve got to just keep pushing constantly,” Standridge said.

Q: The decline of gasoline tax revenues used as a main funding source for county and state road maintenance has been a growing concern in recent years. Will there be any legislative efforts to change the gasoline tax formula to increase revenues or offset declining revenues from that source? What’s your position on the issue?

A: Standridge:“There’s no specific legislation that I am aware of yet. I know it’s being looked at by the Alabama Department of Transportation (ALDOT) and the Association of County Commissions of Alabama (ACCA). As you know, it’s based on declining gallons sold, so revenue has been declining over the years. It needs to be based on price. The petroleum associations and distributors would oppose, as well as some taxpayers. The road construction industry would support it, as would various safety agencies. What it comes down to is the will of the people and how they value the condition of their roads relative to the cost of maintaining them.”

Q: Tourism is shaping up as a focus in Blount County. Do you anticipate that you and the Blount County delegation will have a role in helping with that?

A: “Yes, but there has to be a local initiative; then there are things we can do,” Standridge said.“There are grants to be applied for. Of course they’re competitive, and they have to have the support of the delegation. That’s just a fact of life. Another thing we can do is make sure the local folks are aware of all the resources available through state agencies and other sources. The main thing we can do to is represent the local side to the different entities in the state. They take our calls.”

Q: What have you learned from your experience thus far in the Legislature?

A: “My seniority has improved greatly with two prior terms, and that means more opportunities. More important than that is the personal relationships I’ve been able to build – with colleagues, agencies, department heads, and leaders of other organizations outside of state government. For example, I would not have been elected chairman of the Rural Caucus without those kinds of contacts.”

A: “Well, now that you mention it, there is,” Standridge said.“One of the things I’ve seen since I’ve been here is something we really have to work on. That is for people in education, teachers and others, to see how important they are. Their morale is important, and I’ve seen a decline in that. This is far too important to our society not to work on and try to motivate them. For teachers to be effective, they’ve got to be motivated. They are when they start. But due to political issues in Montgomery, their motivation has been hurt, not just in what they’re paid, though they’re not paid enough, but other things too. Because of all the important issues in our society for which they’re key, we have to help them get to the top of their game.”

Following news of the recent arrest of a Blount County school administrator for sexrelated misconduct, Standridge asked to add a comment to the statement above:“I stand behind what I said in the interview about importance of our teachers. But people would question my judgement if I didn’t acknowledge the obvious fact that we have occasional serious problems with teacher behavior. Sometimes, there are bad apples in the barrel that we need to urgently weed out in order to protect our children. If someone violates the public trust with regard to care of our kids, we need to prosecute them.” Standridge added that he has advised school administrators in the district that if they need his help in that regard, he is available to do so.