What’s living under your house? 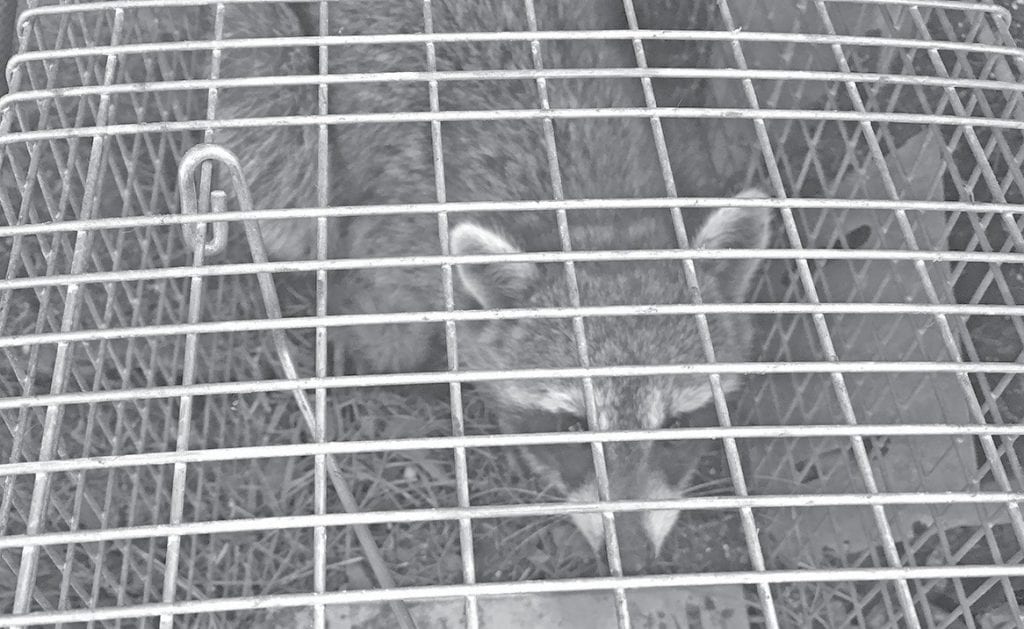 A longtime friend of mine lives in an older home in the Cleveland area. Her back porch is fairly high and has pretty good access for a wide range of smaller animals such as groundhogs, raccoons, opossums, cats, small dogs, and most likely many other creatures that I won’t mention because I don’t want to scare her. Normally additional creatures living around or under the home aren’t a problem because we don’t know they are there. In this case the owner knew she had a couple of groundhog families living on the farm, one family under the house and one under the barn.

The problem in this scenario is that Mrs. “B” and the groundhogs both like to eat vegetables. She is just not willing to provide an easy lunch for her pets. She asked me if she could borrow my live trap and, of course, I said, “Yes.” I took it to her home and showed her how to set the trap (which opens on both ends) and proceeded to set the trap in a location where the groundhogs like to come out from under the porch. I also used some flower pots to “help” guide the critters to the trap. In the last month she has caught two groundhogs, one cat, three opossums, and one raccoon. That’s pretty good because I haven’t caught an animal in it! Way to go Mrs. “B”! I think she can now proceed to plant her vegetable garden with hopes that all of her pets have been captured.

Flying squirrels were, and continue to be, the problem at my house in Blountsville. These pesky little night flyers can flatten out to about a quarter of an inch or smaller and enter just about any crevice or opening around the home. They will get in the attic, in the walls, and in-between the floors of multi-story homes, especially during the winter months. They stay pretty quiet until about 11 p.m. At that time you can hear them leaving to feed on whatever nuts or twigs they can find. They return to the house around 4 or 5 a.m., well before daylight because they are completely nocturnal animals. That is why most folks have never seen a flying squirrel; we’re usually asleep when they are active. I think they are cute little animals and I hate to destroy them but I can’t let them tear up the house either, so they had to go. However, they always seem to come back sooner or later and here we go again! The best way to prevent these pests is exclusion. Make sure you have good screen vents around the foundation of your home and screen off any open areas where you have heat vents or other openings that lead into the house. If there is a way in they can find it. The more trees you have the more likely you are to have squirrel problems too. Of course you can always call an exterminator. There are some in the area that specialize in wildlife removal.

The Extension office is located in Oneonta at 415 5th Avenue East. Several years ago a lady from across the street called and wanted to know how to get a rattlesnake out from under her house. I said that she would be best served by calling an exterminator to remove the snake. She said, “I did and they want $100 to remove it.” I said, “Sounds like a good deal to me.” You may not know what is living under your house and you may be better off not knowing!