What sheriff’s department do you want? 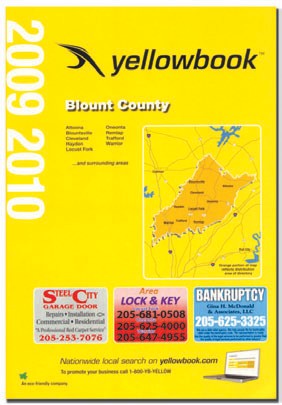 MARYVILLE – The people of Blount County, Ala., have reason to believe that old saying that there’s never a cop around when you need one.


That’s because if they look up their sheriff’s department in the phone book, they will get the number for the Blount County Sheriff’s Office all right, the one in Tennessee.

A spokesman for Yellowbook’s corporate office attributed the mistake to “human error” and added, “Due to the critical nature of this phone number, the Blount County Sheriff’s Office listing on yellowbook.com
has been updated … In addition, a postcard with the correct information will be distributed to everyone who received the directory, with a request to keep the postcard with the Blount County Yellowbook.”

Marian O’Briant, public information officer for the BCSO – the one in Tennessee – said her department has received about 20 calls from Alabama since last week. It took a little time to figure out what was happening, but now the Tennessee officers just give the Alabama callers the correct number, which is 625-4127.

It also has a listing for the Blount County Sheriff’s Office Criminal Investigation Division, where many of the calls are apparently coming in.

Sheriff Loyd Arrington of Blount County, Ala., where Oneonta is the county seat, said he was unaware of the mistake until a reporter’s call. He looked up the listing in the book’s blue pages and found the incorrect listing. He then looked it up in the direc- tory’s white pages, where the number is correct. In the yellow pages it just says, “See Blue Pages,” Arrington said.

“I have no idea how this came up,” he said. Other law enforcement agencies in his and surrounding counties appear to be correct, he said. At least they have the correct area code.

Presumably the 2009-10 books will be in use for a full year in Alabama, so Sheriff Arrington had one request:

“Tell that sheriff (Jim Berrong) to be nice to those people. I am running for re-election next year.”

to the News Sentinel.