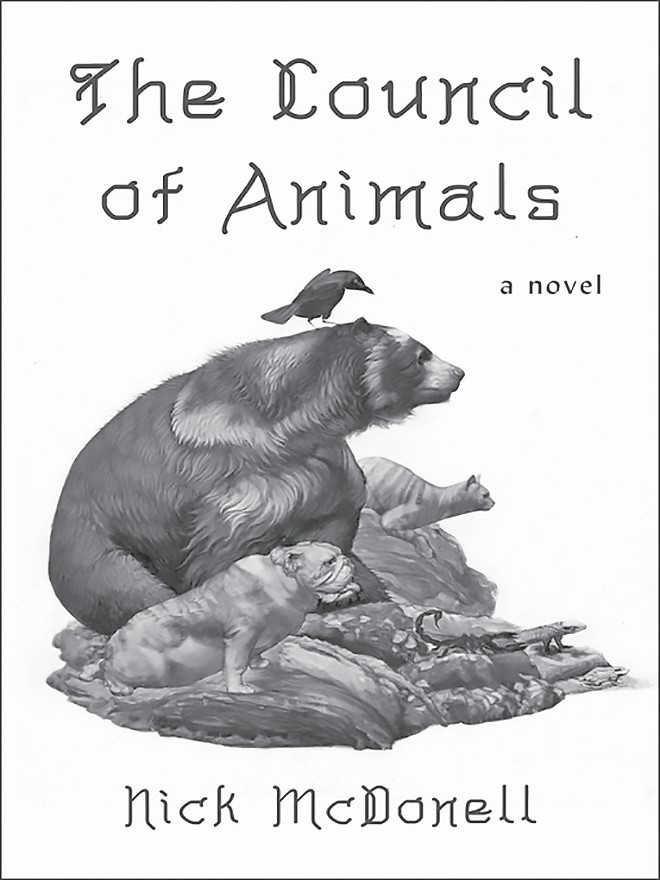 The Council of Animals

The animals have decided to meet to have a vote. In attendance is a bulldog, a horse, a grizzly bear, a crow, a baboon, and a cat. Animal Council is in session, and there is one resolution on the floor.

The crow pronounces the resolution:

“The question is set, with the blessing of the Bird Gods, by previous animal council! The Animal Kingdoms listen and agree… And with nest blessings we pray for wisdom in our vote. WHEREBY: The Calamity destroyed the ecosystems… WHEREBY: Humans caused The Calamity! … and WHEREBY: only a few humans survived The Calamity! RESOLVED: the Animal Kingdom, represented by the ambassadors here marking their territory, shall, to protect against further Calamity… Eat all the humans! Animals, how do you vote: YAY OR NAY?!”

And with that pronunciation the fate of humans is in the paws of a select group of animals. Baboon is dead set on the destruction of the humans, but Bear is not so quick to judge all humans by the past action of other humans. How will everyone else vote?

My Thoughts: This was a great book. The dialogue between the animal council had me laughing out loud. It would be easy to read this book and say that it is pushing some political agenda (and that could be the case), but since I don’t want to discuss or even think about politics, I just read it as a story. And just so you know, according to this story, Bigfoot is real. In fact, one Bigfoot fell in love with a human, but they knew they would be shunned by both humans and Bigfoots (is that the plural of Bigfoot? Bigfoots? Bigfeet?) alike, so the relationship did not work out. And if you are wondering why the bear didn’t eat the other animals before the council started, that is actually a great question. There is a rule that must be followed. No animal can harm another animal at Animal Council. But there is always one rule breaker, and wouldn’t you know it, it is the cat.