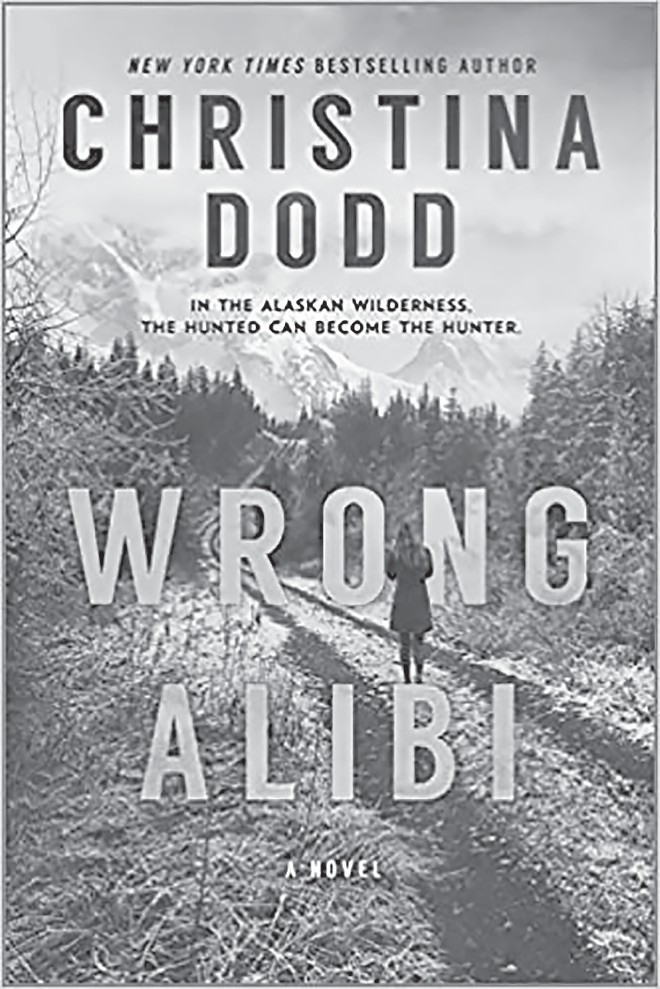 Petie is alone at the Katchabiggie Lodge at Midnight Sun Fishing Camp in the wilderness of Alaska. It is -30ºF, and her job is to make sure the generator doesn’t quit during the long, dark winter. The darkness of Alaska is not the only darkness threatening to swallow Petie alive. Petie has a secret past, and before long, she realizes that secrets have a way of coming out even in one of the most remote places on earth.

Years ago, Petie (then known as Evelyn Jones) took a job running a daily errand for a man named Donald White in a little town called Rockin, Alaska. She had a juvenile arrest record, but Donald had taken a chance on her, so she had been grateful. Every day she would drive to the bank and wire money to an offshore account. The money was ransom for an antiquities dealer being held captive in a foreign country. The captive man’s wife had allowed Mr. White to stay in their home while she took their son away and mourned for her husband.

Evelyn had been gullible when Mr. White told her not to go in the basement. He said he was just trying to protect her in case she fell down the stairs because he would be liable. As the story unfolds, Evelyn cannot stop her urge to go down to the basement. Something just doesn’t add up about Mr. White’s story. Two dead bodies, mother and son, are in the basement, and now Evelyn had been framed for murder.

No one cares about the young girl who murdered a mother and a son. She is carried to trial and convicted. No one remembers seeing a Mr. White. Evelyn made all of the wire transfers, and the bank account was in her name. She was even seen driving the victim’s Jaguar. She will spend the rest of her life in prison. At least that is the plan until the transport bus crashes. By a stroke of luck or fate, Evelyn escapes, a surgeon changes her appearance, and he sends her to a fishing camp in the wilderness of Alaska. Evelyn is dead and now Petie’s life begins, but she will never escape her secret and the man named Donald White.

My thoughts: Each night before my wife and I go to sleep, we watch a couple of episodes of the crime mystery “Castle.” There’s nothing like a good murder to make you have sweet dreams. This made me want to read a good mystery, and Christina Dodd did not disappoint. I read the book in less than three days. Petie (or Evelyn) is one of those characters you find yourself rooting for. In the end there is a twist you will never see coming.

Ricky is director of the Oneonta Public Library. Visit the library for curbside pickup from 9 a.m. to 5 p.m. Monday through Friday. Call 205-274-7641 to reserve this or another great book.