What could be more extraordinary 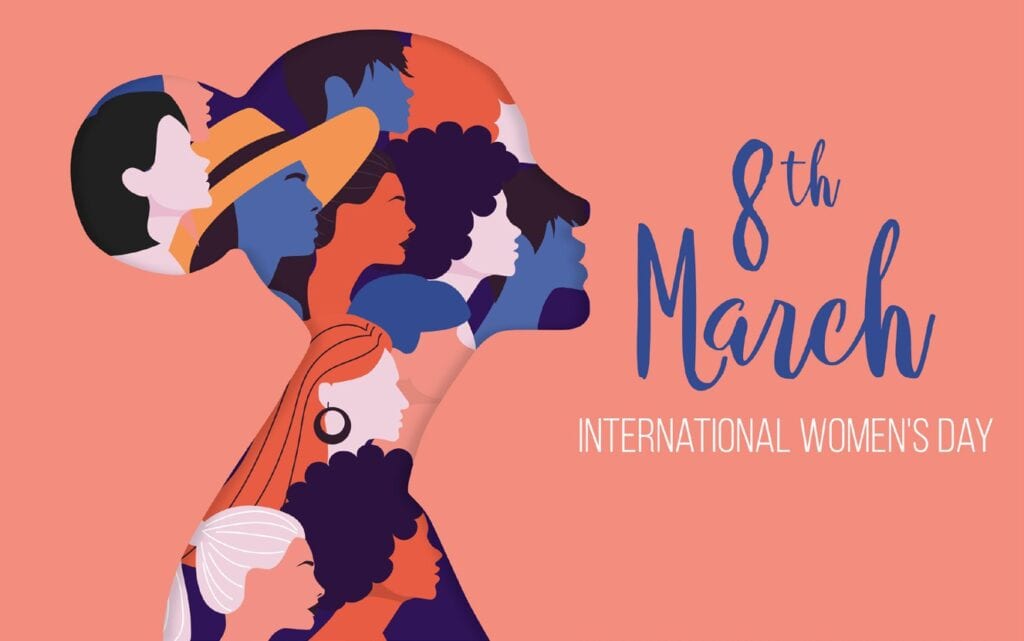 March is recognized across the globe as Women’s History Month with March 8 set aside each year as International Women’s Day. We all have a woman, or women, in our life who molds us, changes us, challenges us. We want to help you celebrate those women, so drop us a note (editor@blountcountian.com or P.O. Box 310, Oneonta, AL 35121) to let us know the impact she’s had on your life. Rachel’s tribute to her Nanny is a beautiful story of two extraordinary women.

I can still feel the gentle sway of the porch swing, my Nanny pushing against the deck boards subtly with her right leg. The screeching of the springs and the metal chains set the tempo for her humming. I would lay there with my head in her lap and close my eyes.

The sun peeking through the small bamboo shade blinds shined brief, bright flashes of orange through my eyelids. The faint hint of Jergen’s lotion in the air, mixed with the scent of sweet shrub blooming just behind the swing.

Between the cooking and chores, there was porch swinging, my most favorite time with my Nanny, my paternal grandmother. Margaret Helms Hewitt grew up in Tarrant City on Cooper Street; she moved to Pawnee as a young bride and mother, but since the 1960s Pine Mountain was her home.

She was at times a bashful woman, with silent resolve, and resolute goodness. Short and rotund, her soft wavy white hair brushed back out of her face, covered in freckles from years of sunkisses, gold metal glasses framed her hooded, beautiful blue eyes. My eyes. 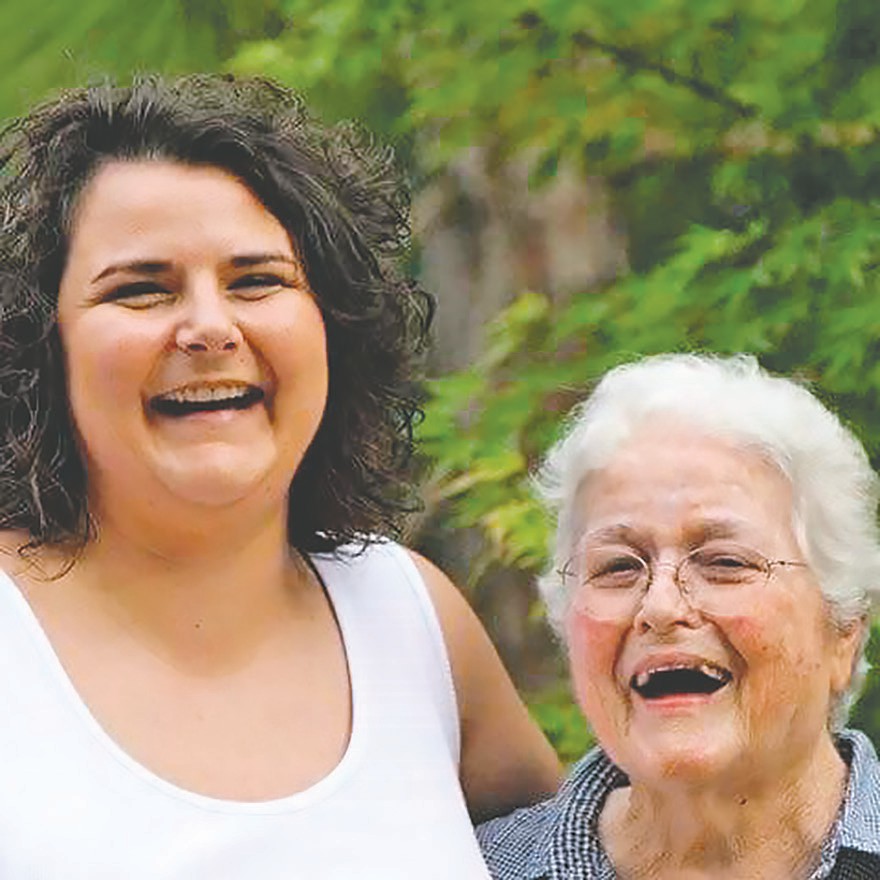 The porch swing was for visiting, for learning, for talking. It was where I first learned how to shoot a BB gun. She taught me about gun safety by sitting Coke cans on a stump in the yard for practice. Once I was ready, I graduated to a Coke can swinging from a string in the tree.

“Never point a gun up, keep the barrel down towards the ground, and always assume it is loaded,” Nanny would say. The porch swing is where she would watch me catch fish from her pond. Equipped with bread and hot dogs, I would fish from the banks yelling out to her when a fish was on.

She would come to the bank to make sure I got the fish off the hook. If it was a good one, she’d sometimes snap a picture. As we both aged, the porch swing became for bird watching. After filling the feeders early in the morning, she’d sit quietly in the swing watching the songbirds swarm.

On my visits, I would turn down the small dead-end road and cross the cattle gap by the hay barn onto the gravel road; its gentle twist and turn led to her house. On most occasions she would be sitting on the porch swing, waving as I parked, her slow hand wag followed by a sweet southern “Hey, Rae!”

Her big smile pushing her rounded cheeks upwards, squinching her eyes tightly, she would let out a giggle and wrap her arm around me squeezing me tightly. Over the years, talks about school and sports turned to talks about work and children, many visits my girls also would come along. She would play patty-cake with them and hum them songs while holding them in the swing.

Of all the many things my Nanny adored in life, babies topped them all. I found myself envious and both happy for my girls at times, wishing I could go back in time and again be held and doted on by my Nanny like they were. I am thankful they got to experience my Nanny, although only for a short time.

Of all the people in my life, my Nanny was most influential, she molded me, much like a potter molds clay. The countless hours spent with her is time I most cherish. There was always time to learn when I was with her, whether it was in the kitchen canning vegetables, making Christmas dinner, or on the porch swing, I always gained something from the time spent with her.

Early in life she read to me, teaching me the correct pronunciation of words, although her Southern accent altered the way they sounded. In the kitchen she would teach my measurements, how to prepare food, and in the back laundry room she would tend to sick farm animals, mending their wounds making them well. To her she was simply a housewife, but to me she was a teacher, a cook, a nurse, my best friend.

Stupidly, I felt like I would have my Nanny forever. I struggled to notice the signs that her days were few. In early autumn 2015, when she began to decline, it almost came as a shock to me. It was an early morning in October as I helped her bathe that the reality that I would not have my Nanny forever became overwhelming.

The woman I had adored and cherished my entire life had shrunken in height and become fragile and frightened. I almost did not recognize her when she held onto me and cried. I cried too.

Only a few days later she was moved into a hospital bed in front of the big windows in her living room so she could watch her birds. She left us on October 15, 2015. She was buried in a mausoleum on the terrace row overlooking the farm. Her service was just as she had asked, simple and sweet. I arrived at her gravesite early, standing on top of the hill as cars filed in one after the other; more than 100 people came that day.

In the years since her passing, I have thought of her daily. I find myself revisiting times with her in my mind, wishing so much I could go back to do it over again.

I think when we experience such a monumental loss we tend to grasp onto every memory and thought of our loved one. In my Nanny’s eyes, she was nothing extraordinary; she was far too humble to have thought of herself in that way. Truth be told, my Nanny was more than extraordinary. She was life changing; she was life giving.

On sunny days I remember her, and her freckled, sun-kissed skin. I remember the “hum da de dum” songs she hummed on the swing. I remember the immeasurable number of slices of pound cake she served me, always reassuring my mother it was “healthy” because it had milk and eggs in it. I remember her in every songbird I see take flight. I remember her every Fall when I smell the first scent of burning leaves. I see and hear my Nanny everywhere.

So, what could possibly be more than extraordinary, you ask?

Cream sugar and Crisco together. Slowly add in flour and eggs, mixing well. Stir in extracts and pour into greased pan. Bake at 350 degrees for 65- 75 minutes, testing the doneness to make certain the cake is cooked throughout.

Cool in pan for 15-20 minutes before turning out on to a cake plate. Top with glaze if you desire.