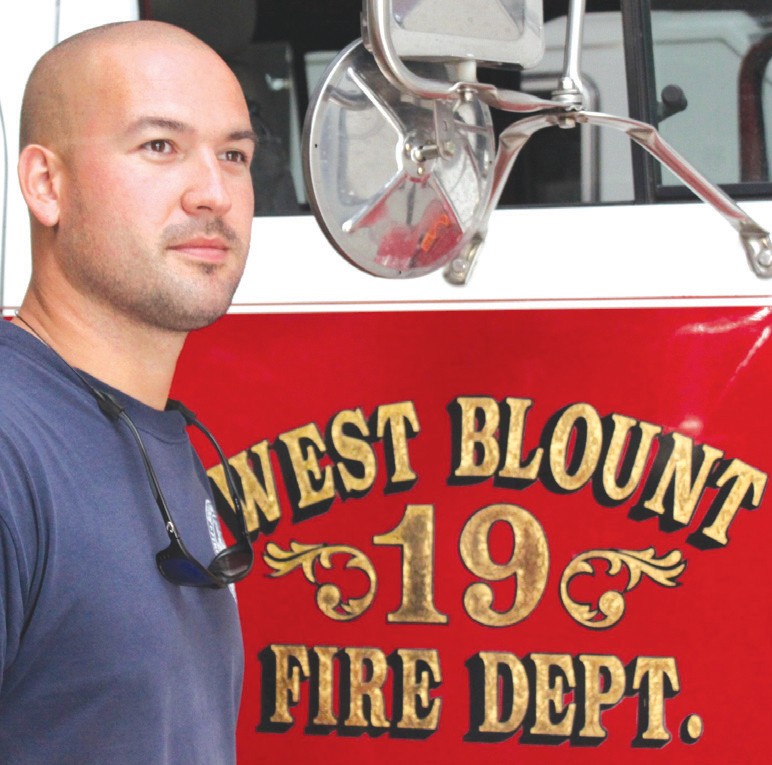 According to purely anecdotal reports from knowledgeable sources in the volunteer fire community, the West Blount Volunteer Fire Department has failed on a significant number of occasions to respond to fire/emergency calls in its service area – calls that in a number of cases were covered by other departments in the vicinity.

When asked, EMA director Max Armstrong confirmed that there have been anecdotal reports – heard over the fire frequency scanner – but said there is no formal report that collects numerical data on the number of calls to which fire departments fail to respond.

On Sept. 12, West Blount Chief Scotty Schnittker, elected in June to succeed forby mer chief Kenneth Booth, e-mailed members of the fire department and others. The majority of it appears unedited below. The message covers some, but not all, of the concerns that have been expressed verbally to The Blount Countian – always “off the record” – from time to time since the summer of 2010. The message reads: Text of message

“To all current and past members of the West Blount Fire and Rescue: if you have any equipment that belongs to the department, it needs to be returned immediately for inventory prior to an audit and investigation of the department’s financial and operation processes spanning the past 10 years.

“The past two months have revealed serious inadequacies in every aspect of the department. The lack of any standard fire department records, i.e. annual pump tests, inspections, training records, hydrant inspections, maintenance records and basically any documentation of how business and operations were conducted have left our department in a precarious position.

“The recent inspection by I.S.O.*** revealed a pattern of neglect and disregard for the safety of our members and the community which the current administration simply could not compensate for in only the few short months we have been in office.

“Currently we have removed 1951, 1953, 1991, and 1971 (designates four different fire engines – ED.) from service due to safety and operational problems that were discovered over the past 2 months. The department has prioritized the needs of each apparatus regarding repairs and how the funding will be obtained to get these trucks back in service; until these apparatus are back in service we ask that everyone utilize 1952, 1954, and 1981 to the best of our ability and give extra care to these apparatus.

“As many of you already know we have notified Blount County EMA that the department intends to relinquish the Swift Water Rescue Team and all of its equipment. There will be an intensive inventory and review of the equipment, roster, training, and funding of this team while it was in our care. If any of you have anything that you think or know was purchased with funds intended for this team please return them immediately, as a detailed inventory and audit will be conducted regarding the team and its equipment.”

***ISO stands for Insurance Service Office, an organization that conducts comprehensive reviews of fire departments statewide, including all aspects of department procedures and operations including apparatus, condition of equipment, inspection routines, records, finances, response time, personnel qualifications and training, and other details to arrive at a rating from 1 to 10, used by insurance companies to assign premium rates to homeowners policies. The assigned ISO rating is a major cause for concern by citizens over the performance of their local fire and rescue department. An ISO inspection of the West Blount Volunteer Fire Department was conducted in late August, this year, with the report of that inspection expected in Novemeber or December. Further statement of chief Schnittker

In an interview this week with the newspaper, Schnittker discussed his attempts to cope with department’s problems of long standing since he assumed the job of fire chief in June this year. Schnittker, 28, is a career firefighter with six years experience with the Birmingham Fire Department. He has worked as a part-time volunteer firefighter at West Blount VFD since 2002. Currently he works 24 hours on and 48 hours off at Birmingham Fire Department. Otherwise, he is available as a volunteer at West Blount, although some of that remaining time he must allot to family and personal needs.

Selected excerpts of the interview are quoted or paraphrased below, presented as the priorities he identified. The chief repeatedly declined to discuss reponsibility for existing deficiencies, which he freely admitted were many, preferring to focus on efforts to restore the department to proper functioning.

The department consists of four stations: one at Smoke Rise, one next to Hayden Town Hall on Ala 160, the main station a short distance away on county road 7 also in Hayden, and one located about four miles east of Hayden on Ala 160 near the Sugar Creek community. Need for volunteers

“Our big deal right now is getting volunteers,” Schnittker said. Members of the department have made a major effort to reach out to the community by talking to schools, churches, homeowners’ associations, and others to accomplish two goals: first to achieve community support and department transparency by opening lines of communication which have traditionally been closed, and second, to generate interest and volunteers for the department, particularly among high school students who are preparing to graduate and enter a new stage of their lives.

“We need about 30 members to enable this department to answer its calls and meet its responsibilities to the community for fire and rescue protection. We can’t fail; we musn’t fail. The community has to have us. We have to succeed.” Schnittker pointed out that without the efforts of volunteer fire department and rescue personnel, many accident victims would die before an ambulance arrives.

Schnittker said the department responded to 97 calls in the last month. The department can’t sustain such a call volume without more volunteers, he said. Need to inventory and repair equipment

“The equipment we’ve asked to be turned in is mostly equipment that is assigned to firefighters when they become volunteers, and that they are expected to keep with them at all times in order to respond to calls – turnout gear, pagers, and radios. That’s mainly what the e-mail is referring to,” he said.

He said four of seven firefighting vehicles are deemed out of service. They are repairable, he said, but the money to repair them is not available. Still in service are two engines and a brush truck used as a service vehicle, along with a whitewater rescue truck which Schnittker has said will be turned back over to the emergency management agency. He said the department intends to apply for grants for a new pumper truck, and to replace the department’s two extrication tools (“Jaws of Life” used to cut victims from wrecked vehicles). Need to create new records system

Schnittker said there are literally no records covering any aspect of volunteer fire department operations – maintenance and testing, personnel, and other.

“That’s one thing fire departments are known for is keeping records,” he said, “because they’re required in detail at every ISO inspection. But there are no records. We spent the first two months after I became chief just trying to generate records to present to ISO inspectors who were scheduled to come in a matter of just a couple of months. We’re starting from scratch to generate a complete records system. We’ve put in fire house software to try to achieve accountability. We’re establishing a testing and painting routine for fire hydrants and putting training records, maintenance records, pump tests, CPR certification – everything – on that software.” Need to secure dependable revenues

Schnittker said that part of the problem in the past has been an inadequate and unpredictable revenue stream, based on voluntary payment of fire dues.

“This department is a business, and if the money’s not coming in, we’ve got to address it,” Schnittker said. “A lot of people think when you pay fire dues, you’re paying for fire response, but even more than that, you’re paying for the rescue and emergency response capability. Ninety percent of a volunteer fire department’s calls are emergency calls, not fires.”

Schnittker said the fire department is working with the three water companies that serve the area to include a voluntary fire dues remission as a part of the water bill. Fire dues have been reduced to $60 a year for the initial period. Blount County Water Authority will include the notice on its bills for the next billing period as will the Hayden Water Department. Nectar’s water system doesn’t have the software to include the notice as part of its bill, but the fire department will send out notices to its customers.

Schnittker recognizes the need to restructure the board to allow outside points of view and community participation in decision-making. He said that recognition has partially driven public outreach activities the department has begun with local community groups. He doesn’t yet know how to achieve this goal, but he would like to have ordinary citizens – teachers, business people, and others from different areas of the district – on the board to assure decision making in the interests of the whole community, instead of being limited to the internal interests of firefighters alone.

“We want to invite the community in. We want to be transparent. We’ve been closed too long,” he said.“That’s why we’d like people to come to our meetings here at the station on the first Tuesday of each month at 7 p.m., so they can learn what’s going on and be prepared to participate.” Other

The inventory and audit referred to in Schnittker’s e-mail is to be conducted internally, using Nina Harvey, a local citizen who has supported the department, to write an evaluation and report. After that report is delivered, Schnittker said, it will be decided whether a further professional audit of department finances is needed.

Meanwhile, Schnittker is being assisted in his efforts to straighten out the struggling department by Matt Phillips, a firefighter of wide knowledge and professional experience who works for the Decatur Fire Department and lives in Cullman. Phillips, also a fire investigator, said he will be acting as an unpaid consultant to Schnittker and the fire department until problems are resolved and the department is back on a sound footing.

Asked how he had gotten drawn into what appears to be a major effort, Phillips looked across the folding table at Schnittker.