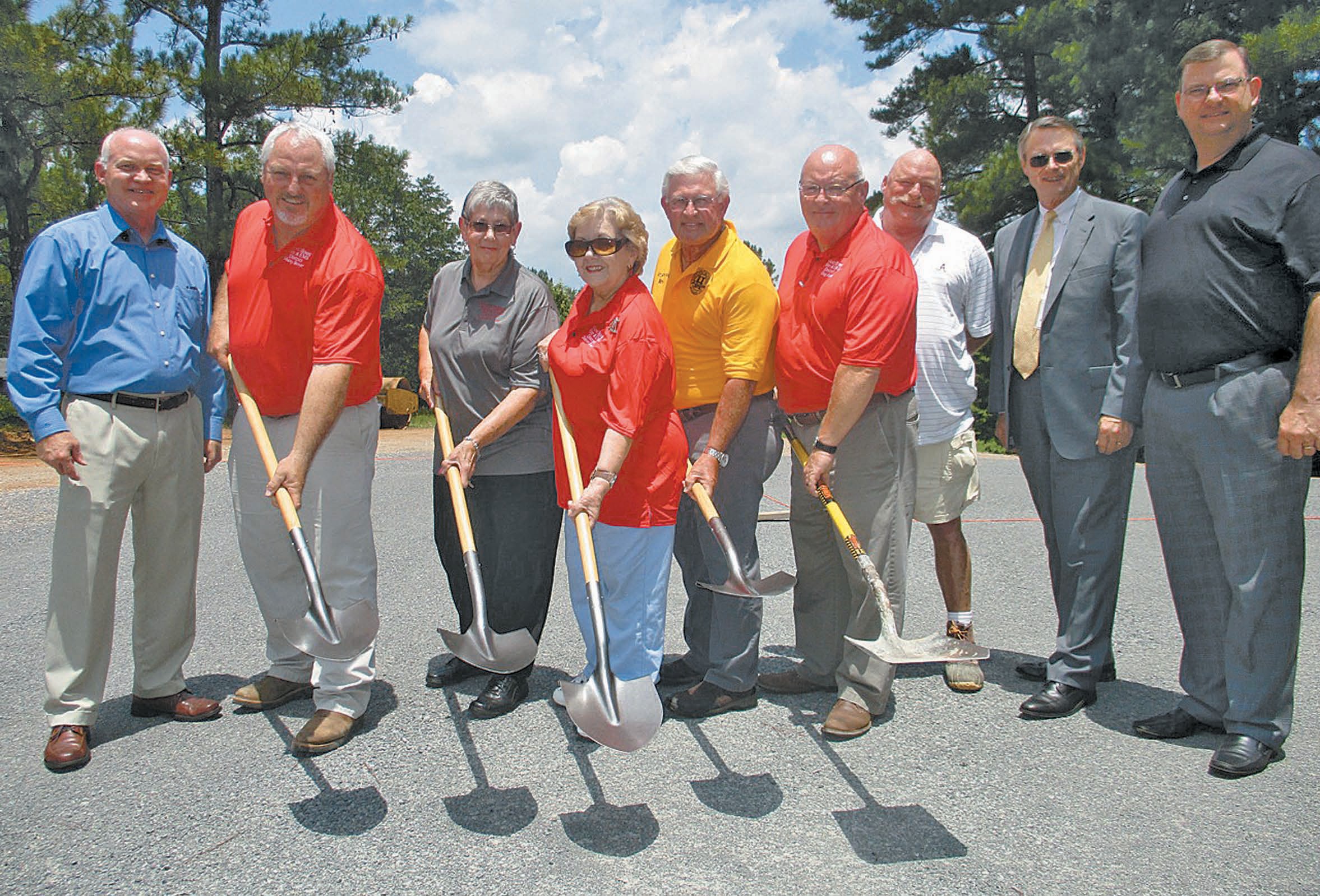 Members and friends of the West Blount Volunteer Fire Department Board met last week to break ground for a new fire station and community hall on Elvester Road in the Nyota community. From left, District 34 Rep. David Standridge (who lived in Nyota as a child), board vice-chairman Marty Stover, board member Annette Cox, board secretary Delores Fort, Hayden Mayor Larry Armstrong, board chairman Greg Reid, community workhorse Tim Sosebee, Blount County Probate Judge Chris Green, and Blount County Revenue Commissioner Greg Reid. The station is being built for about $27,000 on land donated by board treasurer Larry Thomas. It is expected to be online by the end of the year; an open house will be held in the fall at a date to be announced later. ‘The station is built in a chronically underserved area, and for that we reason we are especially delighted to be able to provide this facility,’ Reid said. He explained that, because of weight-restricted bridges on both routes into Nyota from Blount County, West Blount fire trucks have had to follow a circuitous route through Warrior and Jefferson County to reach Nyota, causing response times to be in the 25-minute range. With vehicles stationed in the community, firemen can drive directly to Nyota, drive the fire vehicles from there, and cut response time in half.