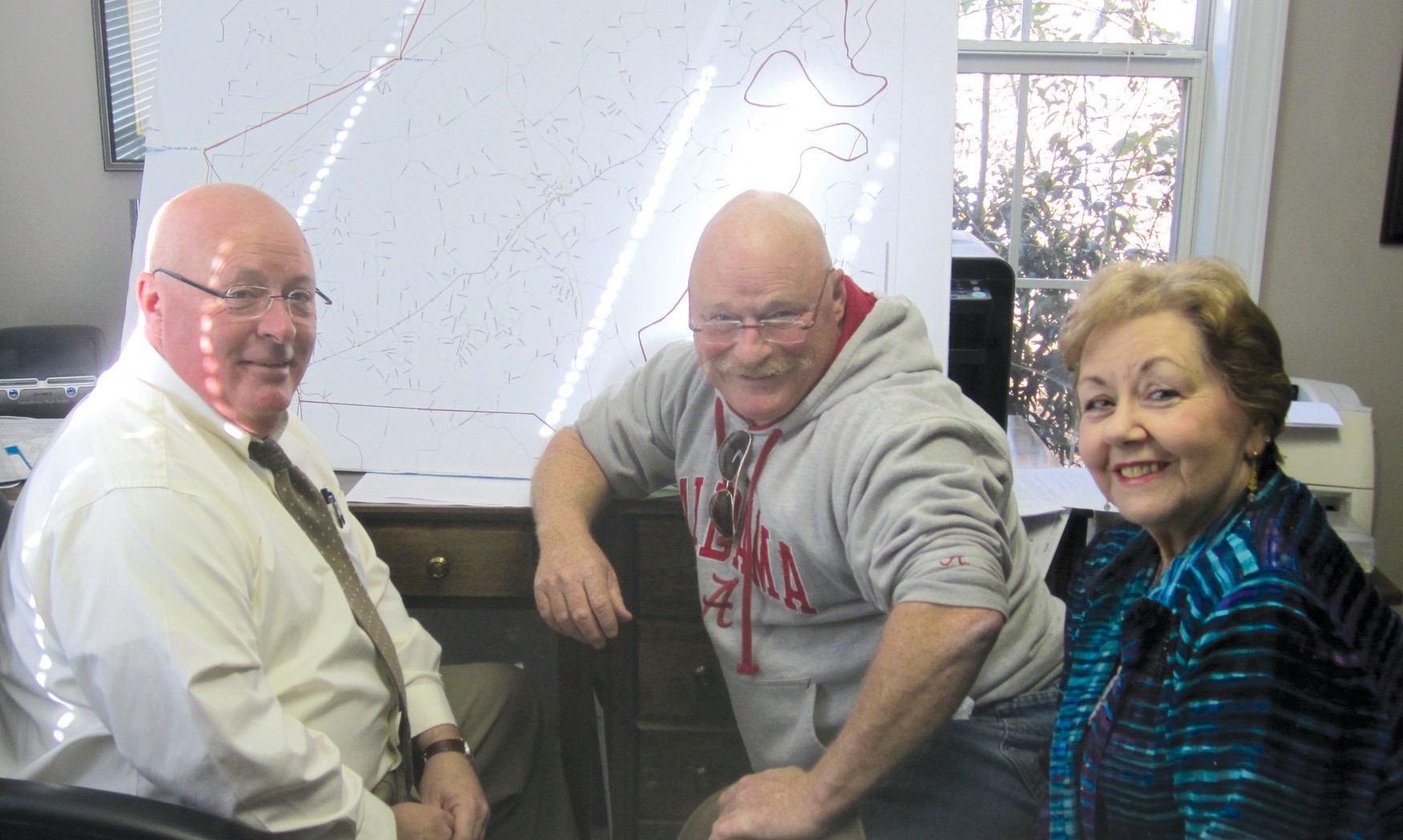 West Blount VFD board members (from left) chairman Greg Reid, election committee chairman Tim Sosebee, and secretary Delores Fort. The current board has overseen the rescue of the department from financial and operational problems, and now plans to assure its viability for the future.

The West Blount Volunteer Fire Department (VFD) board of directors report progress toward their goal of collecting 1200 signatures on a petition requesting a referendum on forming a local fire district for the collection of mandatory annual fire dues.

Board chairman Greg Reid said that as of the end of last week, about 100 signatures had been collected in connection with the board’s petition drive which began on Jan. 3 and is expected to extend until Aug. 1. Signatures are being collected at a number of “meet and greet” speaking engagements at local schools, churches, civic clubs, and other local events. State law provides process

State law provides that a fire district may be created to provide emerby gency fire and medical services and collect mandatory dues necessary to support the district, subject to the approval of a majority of qualified electors residing in the district. The petition to request a referendum is the first step in the process. The petition, when completed, will be presented to the county commission and to the probate judge, who will include the referendum on the ballot in conjunction with the next regularly scheduled county election. 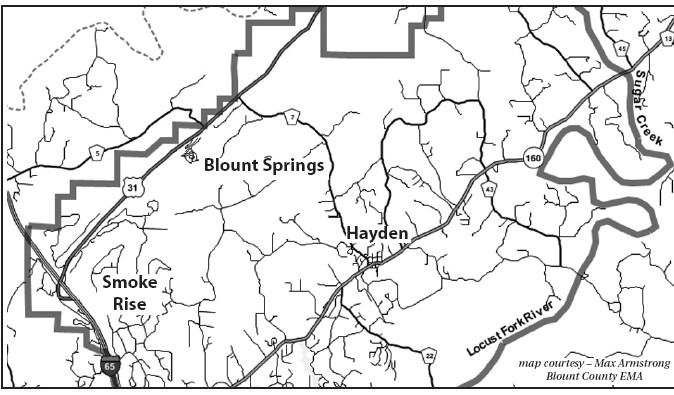 The West Blount board of directors intends to present the petition to the county in time to have the question on the ballot in the Nov. 4 general election. The question on the ballot would specify the amount of annual dues to be collected, and would ask each voter to indicate whether they favor the formation of the district. Reid said the board has decided to set annual dues at $150, which will produce an annual revenue of about $675,000 to the department.

The proposition would appear on the ballot in approximately the following form: “Do you favor the formation of a district to be known as the West Blount Fire and Emergency Services District and the collection of mandatory annual dues of $150 to be assessed annually on each residence, business, and church in the boundaries of the district? Yes or No.”

Reid said if the referendum passes, each homeowner, business, and church would receive a bill for $150 each year. For the proposition to pass, 2901 yes votes are required, according to Tim Sosebee, election committee chairman for the board.

“To me, this is the most important issue this community has faced in the last 20 years,” Sosebee said. ‘Voluntary fire dues don’t work’

In the past, Reid said, the fire department has been partially funded by voluntary fire dues. The problem has been that only about 25 to 30 percent of residents bother to pay them.

“Volunteer fire dues don’t work,” Reid said. “We can’t continue to meet the costs of providing fire and rescue protection for this area when a majority of those benefiting from it don’t contribute. The fire department owes a duty to protect the community. But the community owes a debt to the fire department, too.”

He said that the West Blount VFD has the largest service area in the county at 60-plus square miles, and the secondlargest number of calls to respond to, averaging 80 per month. Only Oneonta has more, concentrated in a much smaller service area, he said.

Reid, Sosebee, and board secretary Delores Fort gave examples of departmental expenses, some of the main ones being maintenance and repair on more than half a dozen fire and rescue vehicles, turnout gear at $2,500 or more per person, fuel, power bills for three stations, fire and medical equipment costs for all vehicles, pump tests, and other items. Pay now or pay later

According to state law, the board of trustees for the fire district formed by passage of the referendum would consist of five members appointed by the Blount County Commission and would have the following powers, quoted from the law: “to mail annual billing notices; to collect mandatory annual dues; to charge up to 10 percent of annual dues as late fees; to add attorney’s fees, if applicable, to the amount due; to place liens on property for nonpayment of dues; to budget and borrow monies for the district; to spend monies given to or borrowed by the district, or generated from mandatory dues collected under this section…”

The decision to form a fire district dates to an April 23, 2013, meeting at the Hayden Community Center last year. At that meeting, Reid informed some 80 residents that the West Blount VFD’s ISO rating had been downgraded to a 10, a rating equivalent to no fire protection at all, and an unwelcome harbinger of increases in homeowner insurance rates to come, until the former rating could be restored. (The rating was restoredtoa6ashorttimelater.)Discussion and questions from those at the meeting centered around ways to improve collection of fire dues. The prospect of creating a fire district with mandatory dues was suggested and favored by several of those speaking. The board voted unanimously about two months later to pursue establishing a fire district, Reid said. Upcoming petition drive events

The list below includes both speaking engagements and events at which West Blount VFD representatives will have a booth or table to answer questions oneon one from the public. The schedule for February will appear next week.