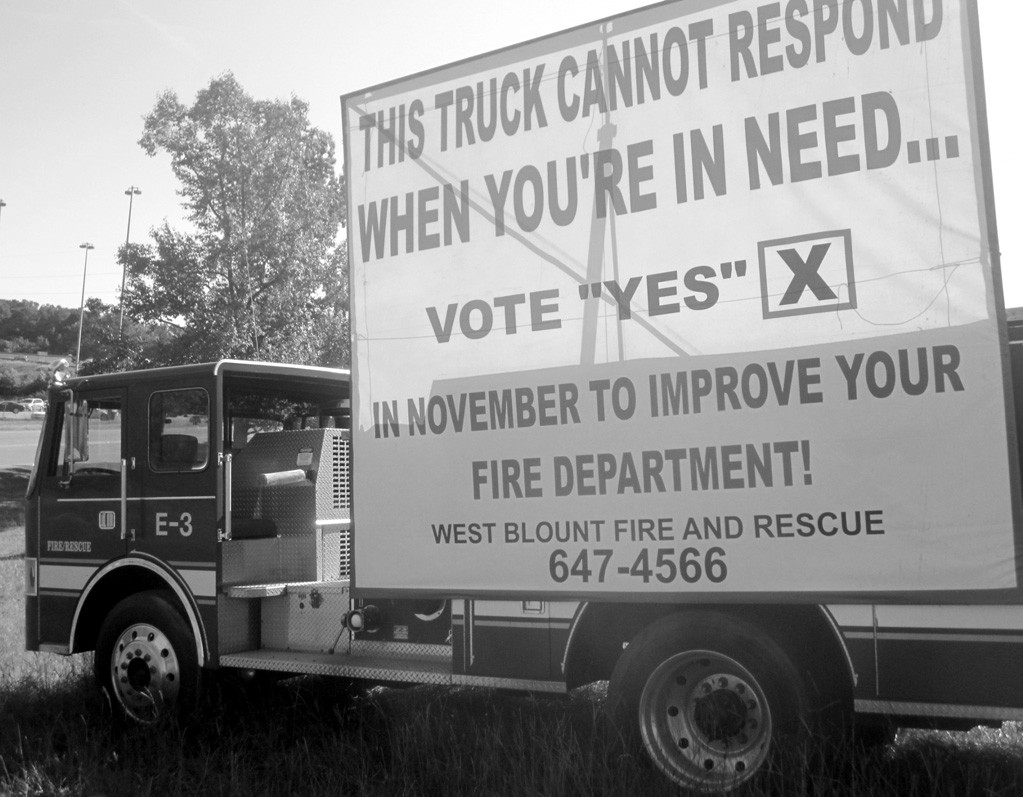 The drumbeat to form a fire and emergency services district in west Blount County goes on. The citizens group collecting signatures for a petition to put the matter to a vote on the Nov. 4 ballot has collected 1533 signatures – more than 300 in excess of the 1200 needed. The group says it will submit the petitition to Probate Judge Chris Green at the Aug. 7 work session of the Blount County Commission. If sufficient signatures are confirmed, the proposition to create the fire district will be submitted to voters for decision. The campaign has been in progress since early this year as proponents have appeared at dozens of sporting events, civic functions, and other venues explaining the need to create the district in order to guarantee fire and rescue coverage in the area for the future. – Ron Gholson