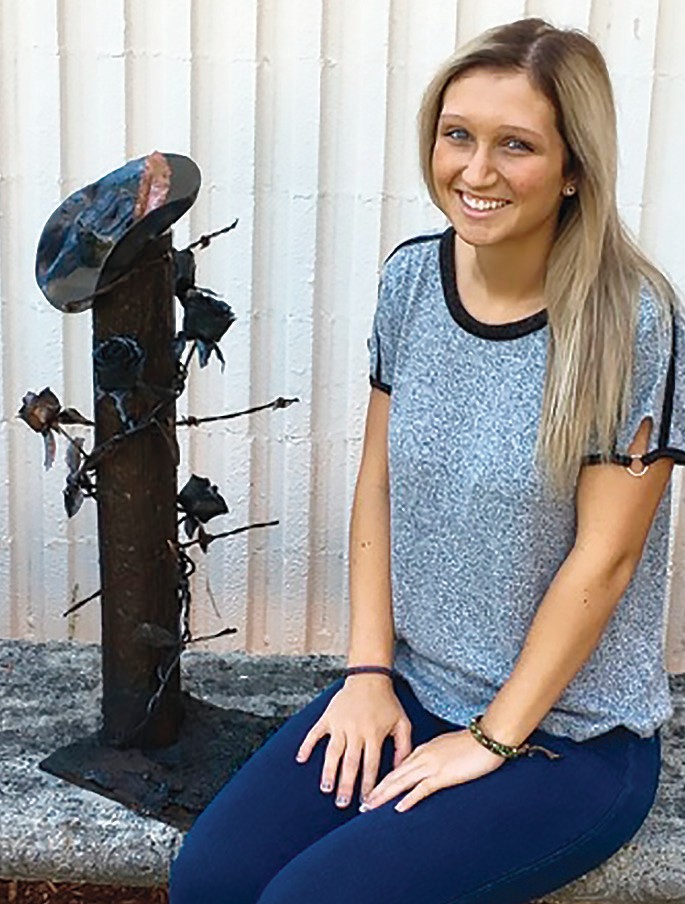 Calei Brown, 18, has chosen an unconventional career path and is amazing those around her. During her sophomore year at Southeastern High School, Calei’s interest was peaked after she learned about a career that employed very few women.

“I became interested in welding when I was in the 10th grade because I saw that it was a male dominated career and I wanted to make a difference.” After hearing the facts, Calei attended Blount County Career Technical School for the next two years.

“I knew welding was my career path as soon as I struck my first arc,” she said. Calei explained that she is the only person in her family that welds. She talked about the Skills Sculpture competition and how she and four other participants worked their hardest to create their own masterpieces.

“It took me six months to create my sculpture,” she said. “I consider myself an artist.Not many people are willing to do what I do. Many people consider welding a dying art.”

Along with graduating from high school this past May, Calei continued to make her community proud by winning the gold medal in the Welding Art/ Sculpture SkillsUSA State Competition.This achievement earned Calei a $2,000 scholarship, Lincoln Electric welding gear, and the opportunity to compete in the National SkillsUSA Competition later this month.

When asked about future projects, Calei replied, “I am currently working full time at Allen Iron Works in Tarrant. We have all been working very hard to create a spiral staircase and some railings for a home.”