‘We are all Oneonta’ 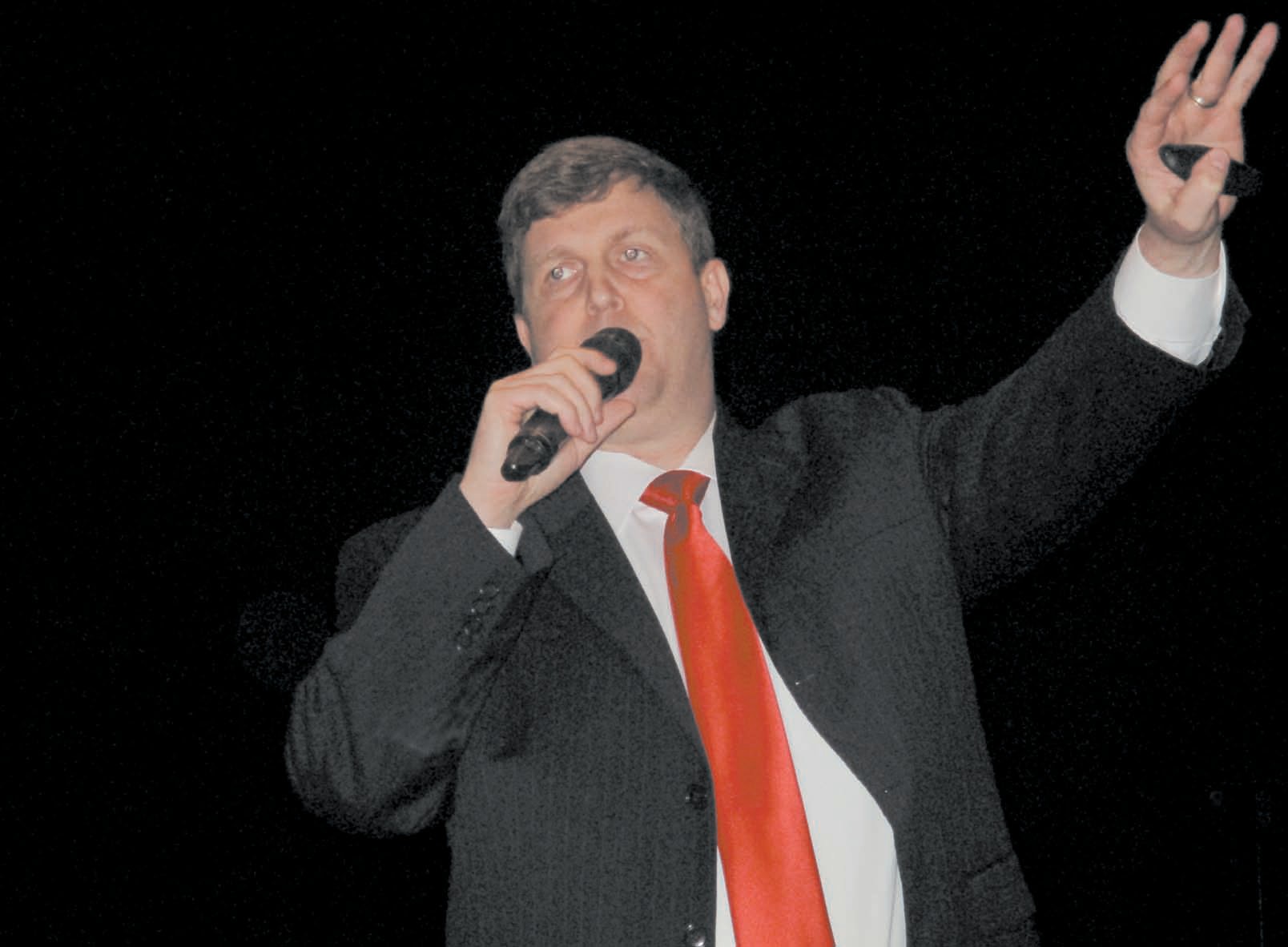 ‘We are all Oneonta!’ was Oneonta City Schools Superintendent Michael Douglas’s rallying cry as he presented his case to a packed auditorium of parents and others at Oneonta High School Monday night. His case: to present the facts of the city schools’ financial situation to citizens, then leave it in their hands to express their wishes – either ‘make do’ or ‘do more’– to both the school system and the City Council.

Oneonta Board of Education Superintendent Michael Douglas addressed parents forcefully Monday night concerning the needs and means of the Oneonta City School System. Earlier in the day The Blount Countian interviewed him about the purpose of the evening presentation. Both the interview and the presentation are summarized below. The presentation summary is keyed to the images shown in Douglas’s talk.

• Recent developments with respect to funding support to city schools from the city of Oneonta: Douglas said the system received $26,000 from the city from alcohol excise tax in 2015; $74,000 was received as a one-time appropriation in 2016, following the Dec. 3 request to be included in the city’s budget.

• Douglas said that the council advised the school board in the December meeting that no funds were available in the current budget and that new revenue would be required; it was suggested the school board make a formal request for a referendum of citizens to vote on a sales tax increase to produce additional revenue for the school system. The school board did so by letter.

• Douglas said he was later informed by phone that the city did not wish to pursue a referendum on a sales tax increase.

• The purpose of the parent meeting, Douglas said, is to inform parents where the school system funding process stands, and “let democracy take its course. If they want us in the city budget, they’ll let their feelings be known. If not, I’ll sit down and be quiet and we’ll make do with what we’ve got and go back to educating children. I don’t believe there’s one member of the city council that doesn’t love the school system; I think they need to know the wishes of the people.”

Overview
• To the school board’s knowledge, Oneonta is the only
city school system in the state that does not get an
annual appropriation or percentage of sales tax
revenue from its city.
• Oneonta ranks 133 out of 136 school districts in th state
in school funding per student.

What was impact of being removed from city budget?
• Decreased state funding with growing utility bills and
maintenance and operations cost, has led to teacher
cuts.
• The last 10 years, the school system has gone from 9
teachers paid for locally to 1/2 teacher paid for locally.
• The school system has absorbed central office positions
and combined jobs, to the extent that central office is
one of smallest in state.
• Twelve responsibilities were combined into four
positions.

Options
• Pursue an additional sales tax earmarked for the
Oneonta School System.
• Do nothing. Wait on the results of the county-wide 1
percent sales tax increase and work with what we
have.

What do we want?
• a percentage earmarked yearly, to enable future
planning
• where would we spend money?

What if we do nothing? (Compare to 1 percent of sales
above.)
Add people/programs
• none
Capital improvements
• auditorium renovations
• library renovations
• weight room/regain gym
• add canopy front
• air condition all gyms

Conclusion – We are all Oneonta!
• Democracy works
• People of Oneonta should let their feelings be known to
both the city council and the city school system; they
will take their lead from you.

Petition
“Whether through existing or additional revenue, we
support the Oneonta City school System’s request to be
in the City of Oneonta budget on a yearly basis at a rate
comparable to other city systems of our size.”