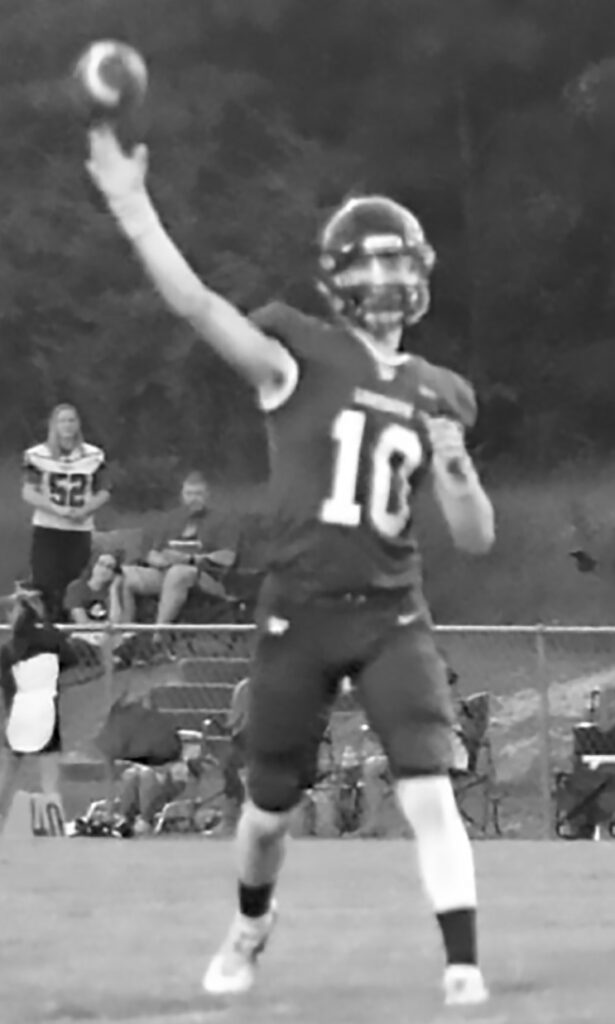 The Lighthouse Warriors were back in action Friday night. After a week off, they welcomed Montgomery’s Ezekiel Academy. After falling behind 6-7 early in the game, the Warriors quickly went back up 14-7 and never trailed again. The Knights made a valiant effort to come back, but the Warriors prevailed, winning 34-32.

Lighthouse out gained Ezekiel 351 yards to 315. They passed for 204 and ran for 147. Both teams finished with 14 first downs, but the Warriors took advantage of three Knight turnovers while only committing one of their own.

Clay Boatman got the Warriors on the board first with a 10-yard touchdown run in the opening quarter. Soon after, Ezekiel scored one of their own and added the extra point for a 7-6 lead. That lead was short lived, though. Kellen Smith was on the receiving end of 68-yard touchdown pass from Preston Graham, who tossed it to Caleb Mitchell to convert the two-point play for a score of 14-7. On the next drive, Graham ran it in from the 8 for their third touchdown of the quarter. Another toss to Mitchell on the two-point play made it 22-7. Before the first quarter came to a close, the Knights found the end zone two more times. They missed the kick on the first and failed to get the two-point conversion leaving the Warriors up 22-19.

Neither team scored in the second quarter. After the break, Lighthouse finally found the end zone again. Graham scored his second rushing touchdown, this time on a 6-yard run giving the Warriors a 28-19 lead. Ezekiel made it a two-point game finding the end zone and adding an extra point. Lighthouse extended their lead when Graham and Smith connected on a 46-yard touchdown pass. Once again, they couldn’t convert the two-point play leaving the score 34-26. The Knights added another eight points to the board before the end of the third to make it a 32-34 game heading into the final period.

The teams made it through the fourth without either finding the end zone. When the clock finally read 0:00, the Warriors celebrated their fourth win of the season.

The Warrior defense was led by Cullen White, who finished the game with 10 tackles and a fumble recovery. Jonathan Beason collected seven tackles while Mitchell and Johnny Hirsch each had six along with an interception.

With the win, the Warriors are now 3-1. They were supposed to travel to Pelham Friday for a matchup with Trinity Christian, but Trinity had to forfeit. They’ll hit the field again on Sept. 24 where they’ll face Evangel Christian, who is currently 4-1.