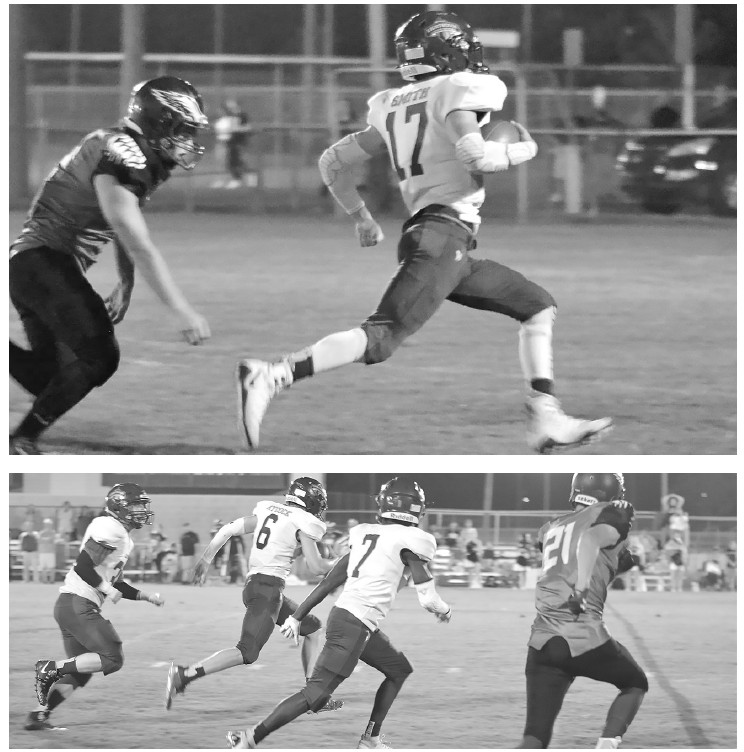 The Lighthouse Warriors’ winning streak continues after a 60-6 blowout on the road against the Trinity Eagles. Warrior defensive coordinator Jonathan Metzler said, “I was really proud of how our defense played tonight. We tackled really well and were able to force turnovers. We got to play a lot of guys on defense and everyone played with the type of intensity that we needed to be successful.”

Running back Jackson Smith ran 26 yards through a host of Eagles for the first of many touchdowns. In the second quarter, Isaac Aycock completed a 46-yard punt return for a touchdown, thanks to a brutal block made by Kellen Smith. The Warriors went into halftime in full control of the game scoring 39 in the first half.

Linebacker Josiah Mitchell kept the momentum going in the second half with a 40 yard pick six. Second and third string Warriors got to see some action as well. Freshman Daly Smith impressed the crowd by kicking three PATs.

“It was a great game and good competition,” Smith said. “We hit ‘em in the mouth every play and executed like we wanted to. We look forward to playing next week and keeping the train rolling.”

The Warriors (3-0) play Evangel Christian (4-0) at home this Friday. According to the NHSA national high school tournament 8-man football rankings, this is a top-10 matchup. Evangel is the defending national champion and are currently ranked No. 1. The Lighthouse Warriors are ranked as the No. 7 team in the country.