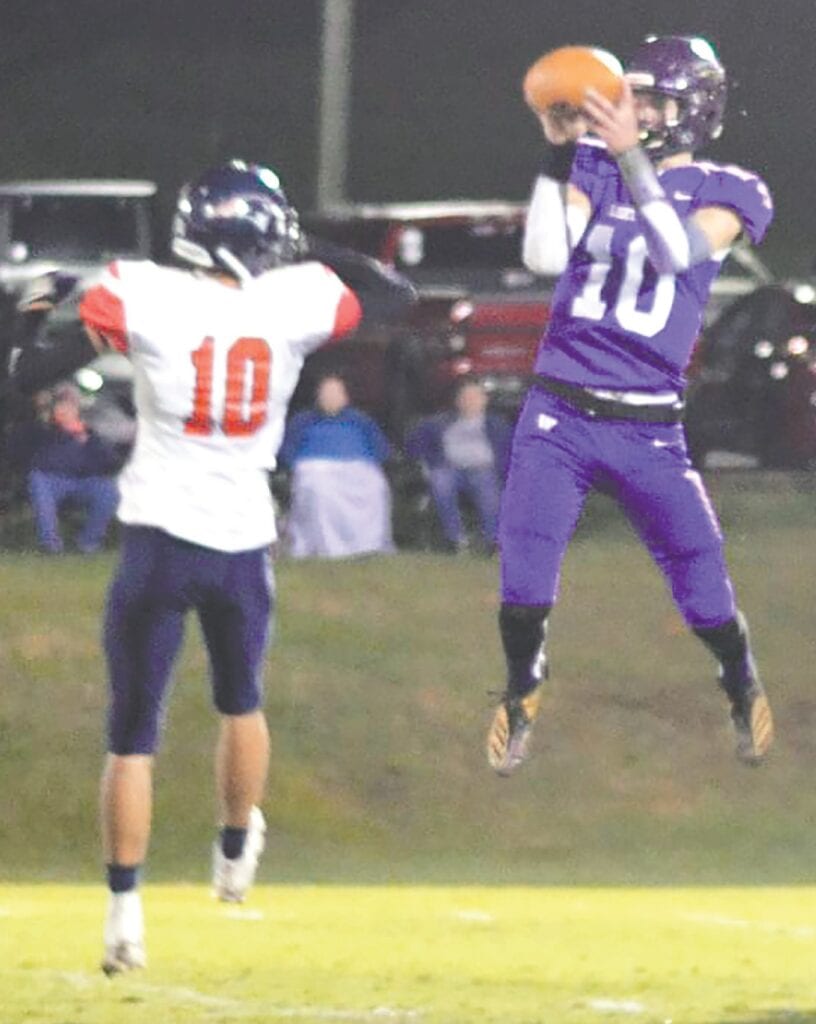 The Lighthouse Warriors completely dominated the East Central Patriots Friday night, winning 46-0 and adding another win to this season’s record. The Warriors controlled the offense and defense the entire game, scoring on every offensive drive of the first half.

The Warriors were happy to welcome back starting wide receiver Brooks Foy, who has been out for a few weeks due to injuries. “It was great to get back on the field,” Foy said. “I had fun cheering on my teammates for a couple of weeks, but I always had that feeling that I can’t wait to get back out there myself and get to finish my senior year strong.” Foy snagged a 31-yard touchdown pass in the first quarter. “It was great to get back in the end zone my first game back,” he said.

The Warriors’ first-team defense was completely unyielding. The Patriots got nowhere on offense the entire first half. Kendall Hirsh, Wyatt Tucker, Levy Moore, Brody Pounders, and Drake Wingard stifled the Patriots’ running game. Pounders knocked down a pass. Tucker and Hirsh knocked down the quarterback in a brutal sack. Moore and Wingard chased down runners right and left. 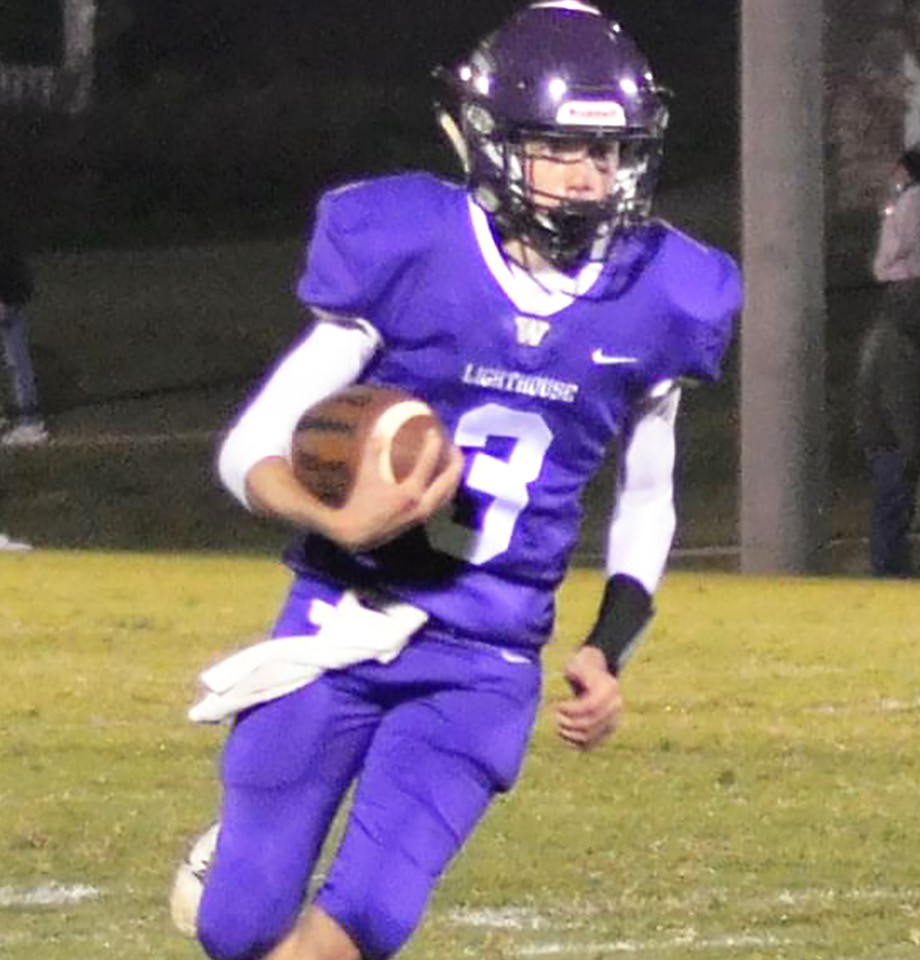 Eliott Knowles has open field in front of him. -Lauri Knowles

Warrior quarterbacks Preston Graham and Eliott Knowles added to their already impressive records. Graham ran an interception back to the Warrior end zone, but that touchdown was called back due to a penalty. No worries. On the next play, Graham handed off to Isaac Aycock who ran it in for the score. After leading the Warriors to 31-0, Graham took a seat giving second-team quarterback Knowles a chance to play. He led the team on another scoring driving in the second half of the game. In the third quarter, Knowles impressed the crowd with a punt that was stopped by receiver Gavin Graham at the 1-yard line.

Clay Boatman played an impressive game on offense and defense. As a running back, he ran in a 4-yard touchdown in the second quarter. As a linebacker, he tackled the Patriot quarterback in his end zone for a safety in the third quarter. In addition to the safety, Boatman managed two tackles for loss, a sack, along with other solo and assisted tackles on defense.

The Warriors demonstrated their skills and conditioning throughout the game with many other impressive plays, including a stunning stiff-arm from Jackson Smith and a 7-yard touchdown run from running back Ben Hirsh, which came after getting the Warriors downfield with an impressive reception the play before.

The Warriors are looking ready for their next challenge, which will be against Ezekiel Academy Friday night in Montgomery.