Warren named 4A Offensive Player of the Year 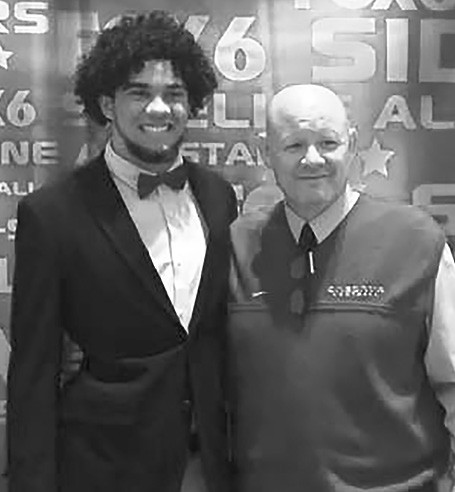 This season, Oneonta Redskin Jaden Warren was named 4A Offensive Player of the Year.

Warren finished his senior season with 54 receptions for 709 yards and 11 receiving touchdowns. He also contributed in the return game and accumulated 963 all-purpose yards. Warren displayed intangible qualities that did not show up in the stats. He always seemed to make a play when the team needed it the most.

Oneonta’s football program had ups and downs during Warren’s four years. After reaching the first round of the playoffs during his freshman season, the Redskins missed post-season action the next two years. Then, during the 2018 season, the team came within one game of playing for the state title. Warren says this year “was a fun season. To go to the fourth round meant a lot to me and the community. I wouldn’t be in any of the positions I’m in without my family, coaches, and this town.”

While his time playing for the Redskins is over, he is “excited for the Oneonta football program and where it is headed.”

Warren will attend Troy University after graduation where he will play football for the Trojans.