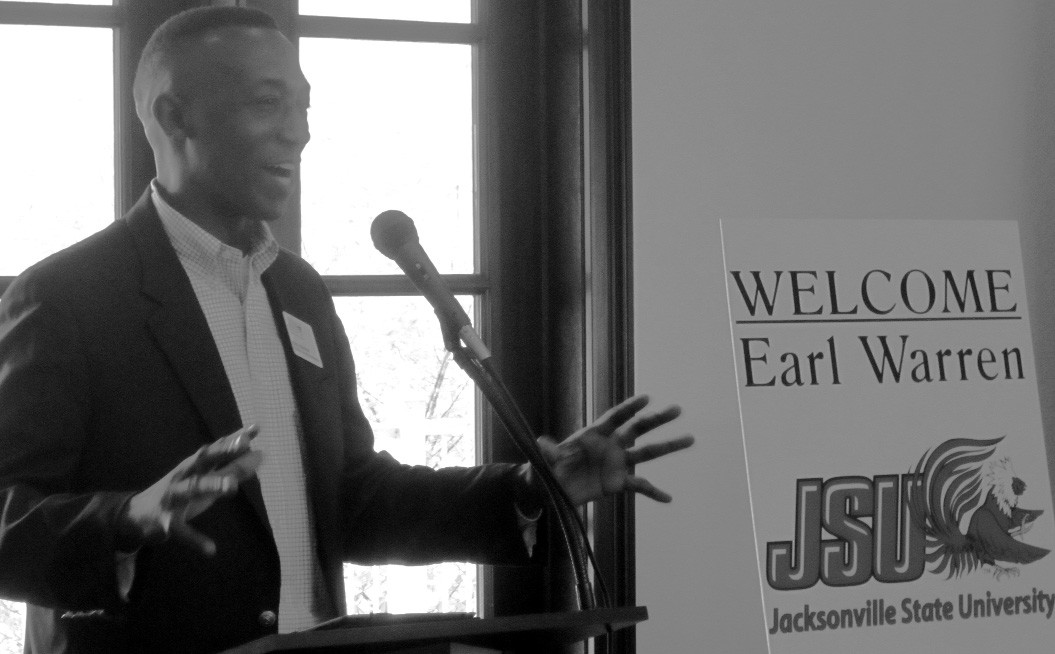 From a skinny kid shooting baskets at a goal by himself at McDaniel Gym while the bigger kids played team ball nearby, to the MVP a few years later of both his Oneonta high school team and the national-championship-winning Jacksonville State University Gamecocks, to a regional director of the Boys and Girls Clubs of America, to his current gig as Director of Institutional Development at Jax State, helping to keep a major university thriving with timely infusions of funds, Earl Warren’s life is a perfect illustration of the thesis he presented at the Blount County – Oneonta Chamber of Commerce breakfast last week. He’s taken every stage of his life as preparation and conditioning for whatever challenge he’s on a course to meet next. So, better do your best so you’ll be ready for whatever’s gainin’ on ya. Not a bad message for boys and girls, wouldn’t you say? Or men and women, for that matter. “I’m still a work in progress,” Warren said. “I’m not perfect, I’m not yet what I want to be. But thank the Lord, I’m not still what I used to be.” Set those words to music, and they’ll make your fortune, Charlie Brown. On April 25, Brian Hilson, president and CEO of the Birmingham Business Alliance, will be the chamber’s guest for breakfast. – Ron Gholson