Walking into a winter wonderland 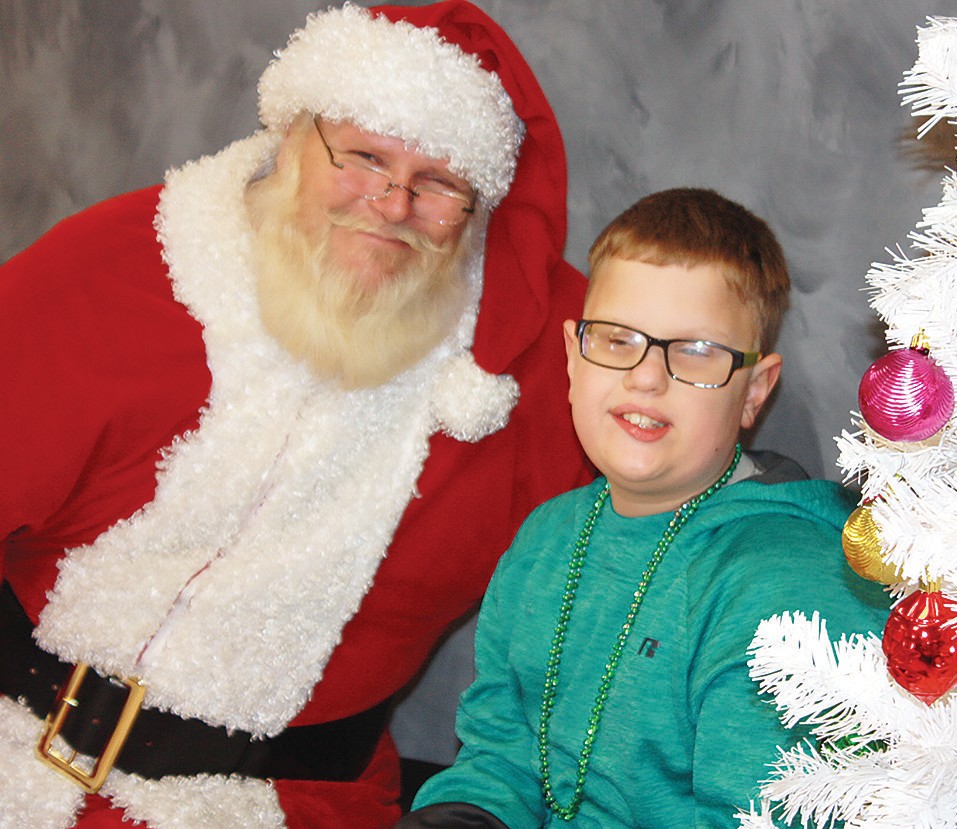 On Wednesday, Dec. 19, Blount County Learning Center students arrived at school as scheduled. Little did they know they would be walking into a winter wonderland. The school had been transformed the prior afternoon with lights, snowflakes, Christmas stations, trains, and Mr. and Mrs. Claus.

Coordinator Jennifer Jackson described the student’s faces upon entering the school as priceless and reiterated there’s no amount of money that can be given for their reaction.

The students traveled to six sensory-friendly Christmas stations that allowed them to utilize their fine motor skills, follow directions, or work on sequencing. They made snowflake crafts, iced and decorated cookies, learned to wait in line with anticipation to have their ticket punched by the conductor to ride the train, and visited with Santa and Mrs. Claus. Each student was overjoyed as they listened to Mrs. Claus read a story as they waited to receive a gift from Santa.

Throughout the day Jackson witnessed several things that melted her heart. She noted that a non-verbal student took Santa’s hand and led him and Mrs. Claus down the hall, while some of the older students took on a leadership role and helped the younger students with projects.

Jackson credited the entire school personnel, local businesses, Cleveland Elementary students (who made snowflakes for decorations), and some of Cleveland High School’s ambassadors for the successful day. Several central office staff, including the superintendent, board members, and Cleveland’s police chief stopped by for some of the fun.

To sum up the winter wonderland fun Jackson said, “The whole day went great. It took all of us to make it happen. Everyone was just blown away. The Christmas spirit was definitely alive and well.”