The Blount County chapter of Victims of Crime and Leniency (VOCAL) dedicated a memorial bench in front of the courthouse last week. The bench, donated by some twenty families who have lost members to violent crime, was dedicated in a commemorative service as a “reminder and memory symbol of victims who are no longer here,” said Wilburn Beavers, president of the local VOCAL chapter, who spoke briefly and whose son was a victim of violent crime. More than fifty family members of victims and other interested individuals attended the quietly moving service organized by District Attorney’s office victim services officer Teresa Lindsay.

“The bench is placed here in memory of all crime victims and their families – here at the courthouse where justice for the victims will be served,” Lindsay said. She said that the most important thing for family members of crime victims is for someone to listen to and understand their stories, which is a major part of her job, and to have others who support them in their grief, a purpose which other VOCAL members often fulfill. 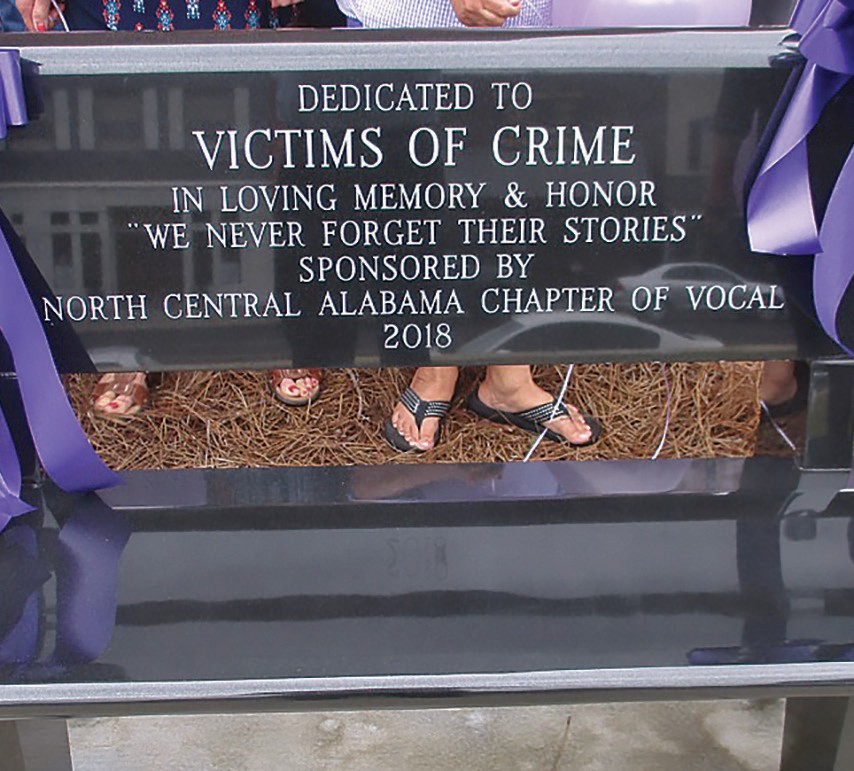 Estimates are that more than 500 people annually are victims of crime of all types in Blount County.