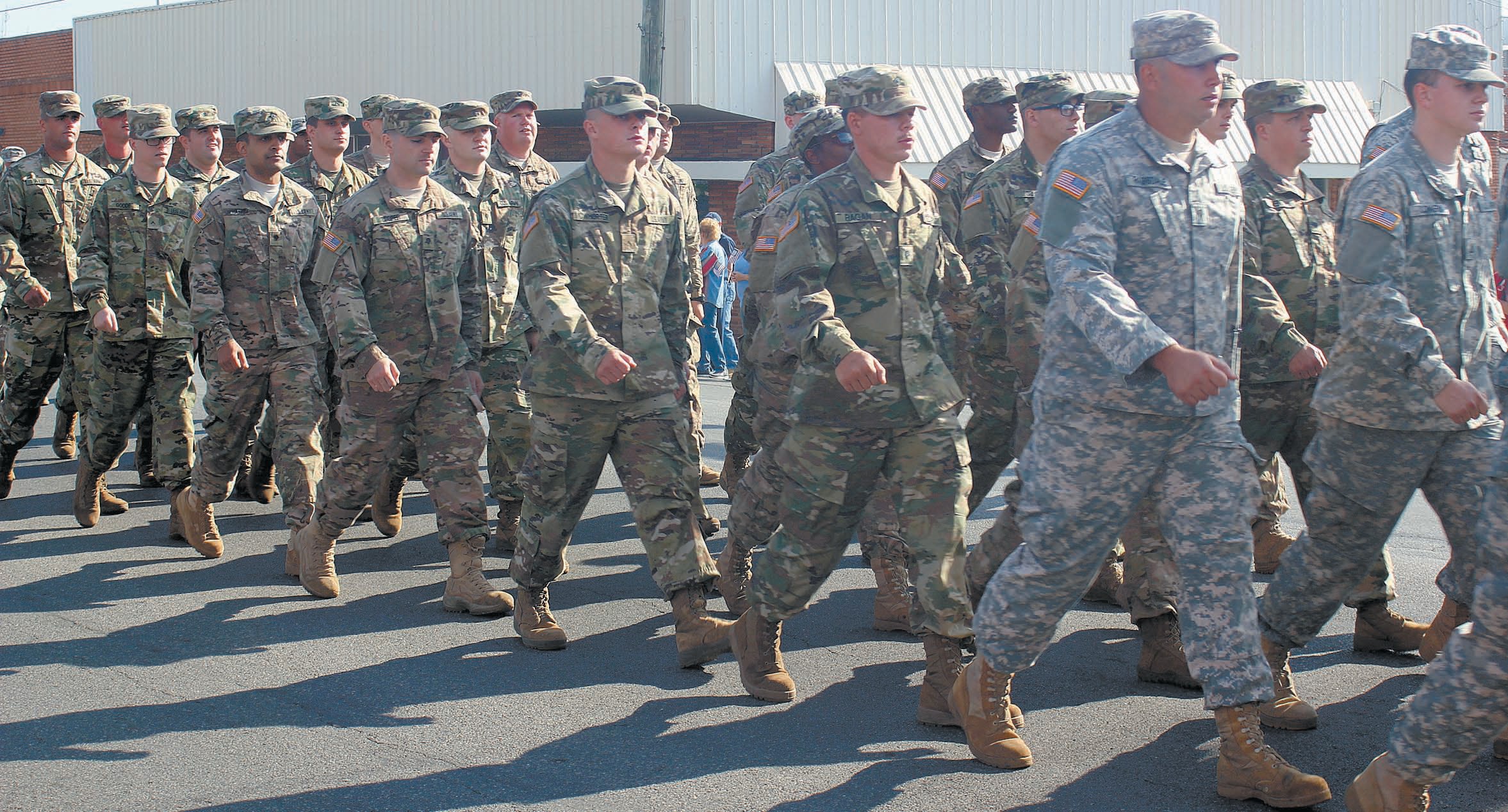 Men of the 1166th Military Police Company, of the Alabama National Guard Post in Oneonta, hit the dusty trail in front of the Blount County Courthouse as they pass in review at the Veterans Day Parade last Saturday. The parade, consisting of 57 entries, including five high school bands, marching soldiers in uniform, military vehicles and other organizations totaling some 600 participants, was one of the largest in recent years. Grand Marshal for the parade was Jesse Holt, one of Blount County’s last remaining World War II veterans, who fought for three years as a Marine in the Pacific theater.