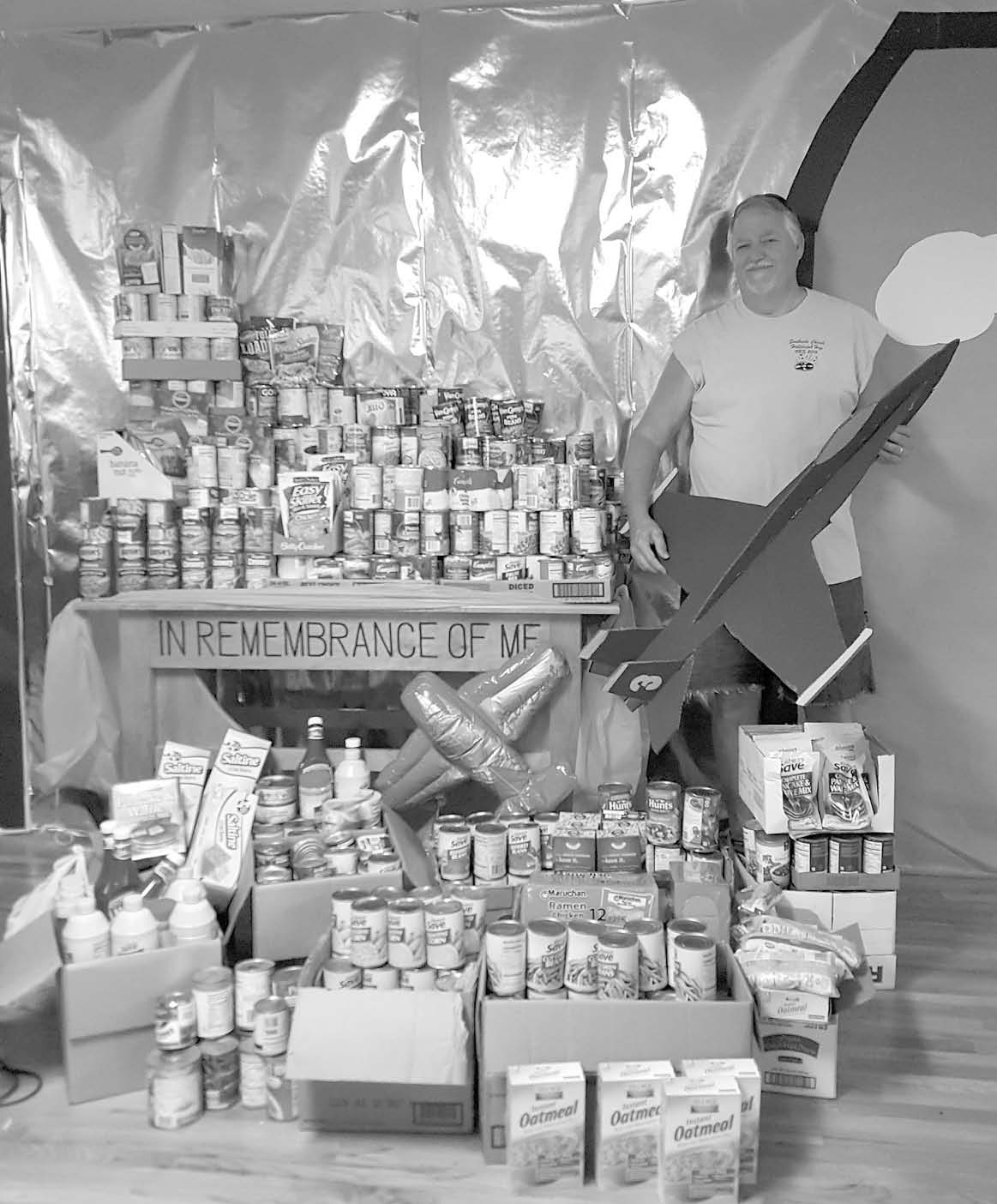 Jay Johnson and over 1,000 food items collected during VBS at Southside Church.

Often referred to as the Little Mega Church, Southside Church of Oneonta may be small in numbers, but it is making a big impact in the community. Under the direction of pastor Don Durden, the attending congregation usually averages 25 for Sunday services.

The church wrapped up Vacation Bible School this past week with an average of 50 children in attendance for the six-day long event.

As part of the VBS activities, the boys and girls competed against each other by “raising rocks.” The competition allowed the children to earn rocks by bringing others to VBS, giving monetary contributions, or by donating canned food items.

All of these contributions will allow the church to distribute food to the veterans. Elder Jay Johnson said, “We don’t remember our veterans. We need to support our veterans, because without them we would not be able to enjoy the freedoms we have today.”

While the initial goal was to gather 500 food items, it was met in the first two days of VBS and the outcome was over double the original goal. This VBS activity gathered over 1,000 canned/dry good items, and raised more than $250 to purchase more food items.

The church also gives food boxes to veterans, as well as other needy individuals, at Thanksgiving. Johnson said, “Veterans are not being taken care of. We hope this will inspire others to help out veterans.”

Johnson said that this friendly competition is very exciting. While the children are focused on “winning,” in the end, it’s the veterans who win from this rivalry.

By the way, the girls won this year’s battle of the sexes.