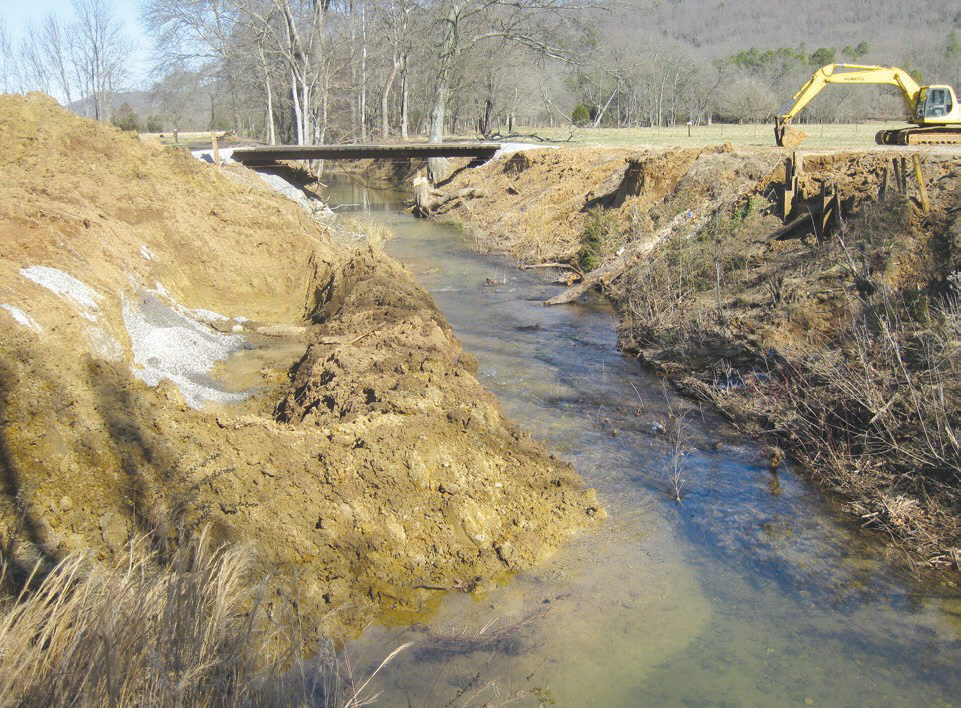 Vaughn Road off Ala 79 near the Marshall County line will be closed for up to 120 days while the bridge over Spring Creek is being replaced, according to District 2 Commissioner Robert Bullard. The bridge abutments were seriously weakened by flooding during January. The bridge platform was moved about 50 yards downstream and reinstalled temporarily to provide emergency access for Douglas Water Authority, which has facilities on both sides of the stream. The temporary bridge is not for public use and has been cabled off and locked for the duration of the bridge replacement project, Bullard said. He said the contract for building the new bridge requires it be completed in 120 days, but that it could be finished before that time, allowing the road to be opened sooner. – Ron Gholson