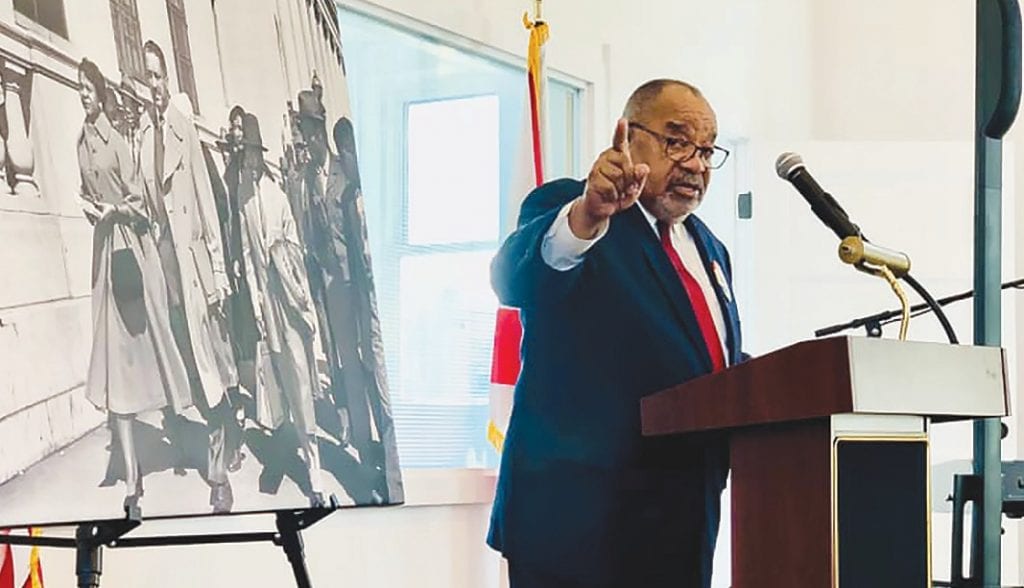 It may have been fleeting. It may not survive the slings and arrows of outrageous rough and tumble reality. But unity was achieved for precious moments among a group of about 150 citizens during the Martin Luther King Jr. Unity Celebration Monday at The Little Brick Church.

The apex came at the end as Mitch Kelley crooned an inspirational solo on the hymn “Glory to His Name,” followed by the audience joining in an emotional conclusion. The cathartic ending followed former Jefferson County circuit judge Huston Brown’s recapitulation of Birmingham’s traumatic history of race relations during the middle years of the twentieth century, which he witnessed from as close as across the street from the twice-bombed home of civil rights attorney Arthur Shores on Dynamite Hill, where Brown lived during his formative years.

He brought a rare first-person rendering to that event as well as his presence at the civil rights march on Washington, D.C., in 1963 – an event he witnessed from a scant 75 feet from King himself as he delivered his now-legendary “I Have a Dream” speech. Brown reminded listeners of the awful impacts of that fateful year – the bombing of Shores’ home the day after the march on Washington (and again a couple of weeks later); King’s letter from the Birmingham jail; the bombing of 16th Street Baptist Church; Wallace’s stand in the schoolhouse door in Tuscaloosa; Medgar Evers’ murder in Mississippi; President Kennedy’s assassination in Dallas – all setting the stage for the epochal race relations events of 1964 and 1965 (the Civil Rights Act and the Voting Rights Act.) 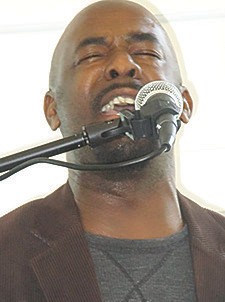 Brown summed it up in two short sentences: “We’re not over 1963 in Alabama yet. We’ve come a long way since then, but we’ve still got a long way to go.” Scattered through his presentation were three specific requests made of the mostly white audience.

1. Read King’s letter from the Birmingham jail in its entirety. “It’s 17 pages long, but it’s widely available,” he said. “Please Google it and read it all.”

2. “Go see Harriet.” The movie is playing right now, he said. It’s about Harriet Tubman, the Civil War black heroine and activist who escaped slavery, personally guided the escape and flight of many others to freedom, and played an active military role in the Civil War.

3. “Think about any little thing you can do in your everyday life to make a difference” in the journey toward racial, social, religious, and economic equality and unity. Even if it’s only a small comment siding with what you think is the moral right in an everyday conversation. Make the effort.

Brown’s bottom line, and the last line in his talk: Though we’ve still got a long way to go, “we’re heading in the right direction.”