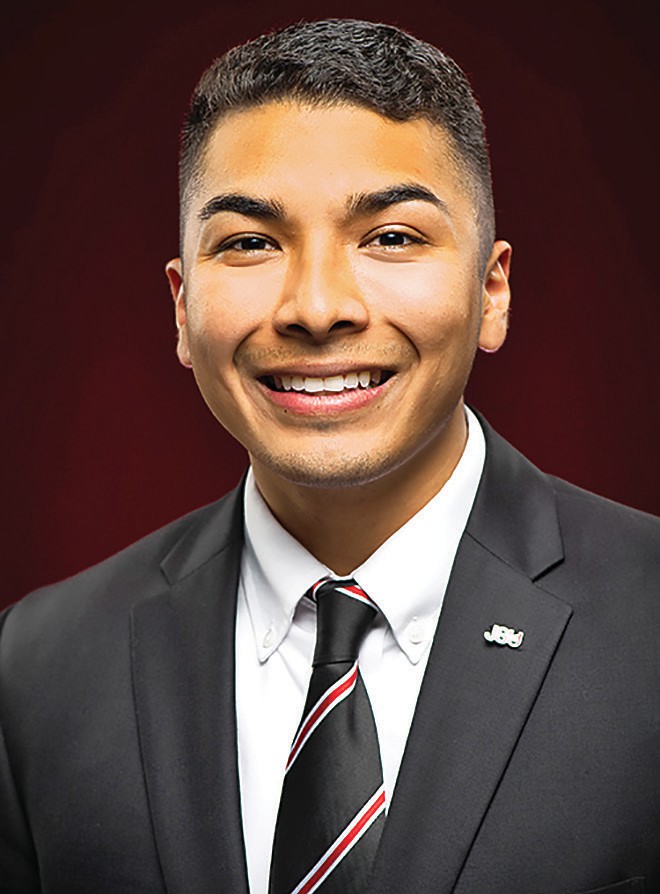 Ulisses Herrera, a 2016 graduate of Cleveland High School, made history this year becoming the first Hispanic Student Government Association president ever elected at Jacksonville State University. Herrera, however, does not want to be remembered solely for his ethnicity, but rather for his accomplishments as the president of the SGA.

“Coming from Cleveland, I wanted to do something different at the university level. I wanted to get involved and make a name for myself. I didn’t want to be known as ‘that Mexican kid,’ but as Ulisses Herrera,” he states.

Sporting the campaign slogan “United with Ulisses,” Herrera wants to unite the student body at the university. His goal is to make the campus a welcoming environment where student life is as easy and stress-free as possible. He strives to improve the overall quality of life and well-being at JSU.

To accomplish this means his time is spent constantly looking for new ways to improve the campus at JSU. “I’m involved with anything from tuition and fees, to student admission and housing, to building a new $60-million facility, all the way down to the normal everyday things. It’s an all-around job.”

Herrera works closely with upper administration, including the university president and board of trustees, as an ambassador for the student body of JSU. When a need is brought to his attention, Herrera takes that need up the ladder to try and find a solution. One of his more recent projects involved renovating and modifying the cafeteria area on campus.

Herrera is currently finishing up his senior year as a Gamecock after which he will receive a bachelor’s degree in business marketing.