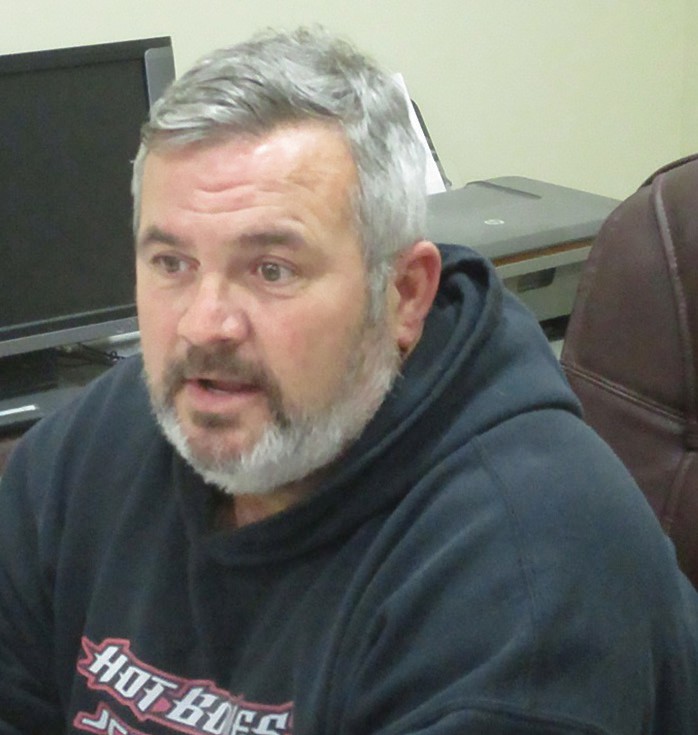 District 1 Commissioner Allen Armstrong has twice voted against a Blount County Commission resolution to hold a referendum of the people in Blount County on converting from the district system to the unit system of road maintenance. In the first vote on Jan. 15, the resolution passed 3-1 over his dissenting vote, following his unsuccessful effort to amend the resolution by attaching a 10-mill property tax to the measure. The amendment failed from want of a second.

In a position paper read into the minutes when the motion was last up for a vote on Feb. 11, he maintained he would support the unit system conversion if enough additional revenue can be raised to double the 2019 district road budget of $4.1 million. The vote was again 3-1, with Armstrong dissenting. The Blount Countian recently interviewed Armstrong in order to clarify and amplify his position. This article is based on that interview and the position paper he submitted to the commission before he cast his final negative vote. Excerpts summarized from position statement preamble

Armstrong wrote he will support the unit system conversion provided sufficient revenue is raised. In an interview last week he confirmed the dollar amount he has in mind is roughly $8 million.

The resolution he opposed twice “does not address the revenue we need to make the unit system really work. I…will strongly oppose turning the roads in my district over to a system that does not have the money to make improvements in…resurfacing.

“I…support delaying this vote and taking more time to consider alternative approaches and timing.” Other concerns from position statement/interview

The unit system itself:

• no specification of how work center operations will be handled

• responsiveness to the public not addressed

• (from interview) would entail thorough review of expenditures including headcount and salaries of county departments, as well as item-by-item cost reduction efforts. Examples: (1) downsize courthouse headcount by cross training within departments; (2) reduce hours of operation at Palisades Park and thereby reduce manpower needs; charge for admission.

• if commissioners are part time and chairman is full time, too much power is concentrated in chairman job

• if commissioners are full time, and are relieved of road maintenance, they can do the work of the chairman, so that job is not needed

• Delay legislation calling for referendum until next year to allow time to generate more details on all aspects of unit system conversion.

• Include specific revenue measure as a part of the unit system referendum, with actual amount decided within coming year to 18 months (amount is unspecified at this time, but a 10-mill increase would produce approximately $3.9 million in new revenue for roads, according to Armstrong in interview).

• If the ballot measure passes authorizing conversion to unit system and collection of new taxes, accelerate conversion with goal of completing by 2022 or as soon thereafter as possible.

“If you want to know about feedback down here [District 1], people are irate about creating these high-paying jobs.”

[The unit system is a road maintenance efficiency measure, but] “we need to be looking at efficiency of county government overall.” [How long will that take to reduce cost adequately?] “I’d say maybe two budget cycles– two years– to get a lot of it, but reducing headcount will be by attrition, and of course, that part will take longer.”

“I’m firmly against a tax increase of any kind, but we’ve got to have more revenue to have any chance of doing the road maintenance job. A 10-mill increase would produce a $3.9 million annual increase in new revenue, and that’s almost double what we’ve got to work with now.”

“If you’re going to ask people to vote on something, you need to give them something to vote on that’s got a chance to succeed. Without more revenue, changing systems will not solve our problems. Under either system, unit or district, we’ve got to have more revenue to fix the roads.”