Unions and the BP settlement 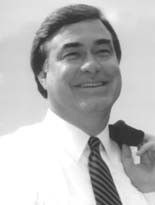 We have unbelievable natural resources in Alabama starting with the Tennessee Valley and transcending to the beautiful white sands at Gulf Shores. Many of our natural resources have been exploited over the years. The prime example would be the exploitation of our rich vaults of iron ore discovered in Jefferson County in the early 20th Century. It created the city of Birmingham, the Steel City of the south.

U.S. Steel swept in and bought the entire region and used cheap labor in the mines and steel mills and kept poor whites and blacks in poverty wages and shantytowns. They owed their soul to the company store. Finally they organized into labor unions. The United Steel Workers Union Local in Birmingham became the largest in the nation and Alabama became the most unionized state in the South.

In the course of our recent history we have been more prudent with our natural resources. The prime example of that would be during the late 1970s when we sold the oil rights in Mobile Bay to Exxon Mobil. We got a fair price and we put the proceeds aside and preserved the money in a trust called the Heritage Trust Fund.

Gov. Fob James deserves credit for this accomplishment. It is the crowning achievement of his two terms as governor and it is quite a legacy. Not all governors leave a legacy. Ole Fob has one. Not as much can be said for our most recent governors. Don Siegelman, Bob Riley, and Robert Bentley cannot point to any accomplishment that will distinguish their time as governor.

Jim Folsom Jr., who only served two years as governor, can lay claim to having lured and landed Mercedes, which has been the crucible that has catapulted us into the second-leading automaker in the nation.

Gov. Bentley was given a golden opportunity to garner a place in history with the one-time BP oil spill money. Granted, it was not as much money as the Exxon Mobil oil rights nor did we get as good a settlement as could have been garnered. We will only see $693 million of the $1 billion settlement because we bailed out and sold out to get our money upfront. Compared to Louisiana and Florida, it was not a good settlement.

Essentially this one-time windfall will be squandered. The BP money was appropriated in a special session last September. The Legislature spent the entire BP oil settlement proceeds with a compromise bill that divided the money between state debt repayments, roads for Baldwin and Mobile counties and Medicaid. The allocation was $400 million for paying off state debts, $120 million for highway projects in Baldwin and Mobile counties, and a total of $120 million to Medicaid over the next two years.

There had been a contentious battle over the funds for Baldwin and Mobile going back to last year’s regular session. Lawmakers from the coastal counties fought diligently for the road money because their counties received the brunt of the 2010 oil spill.

Senators compromised the final day of the special session. The money from BP is spent. The only thing to show from it will be some highway to the beach. They ought to at least name it the BP Expressway. It would be the only legacy from the windfall.