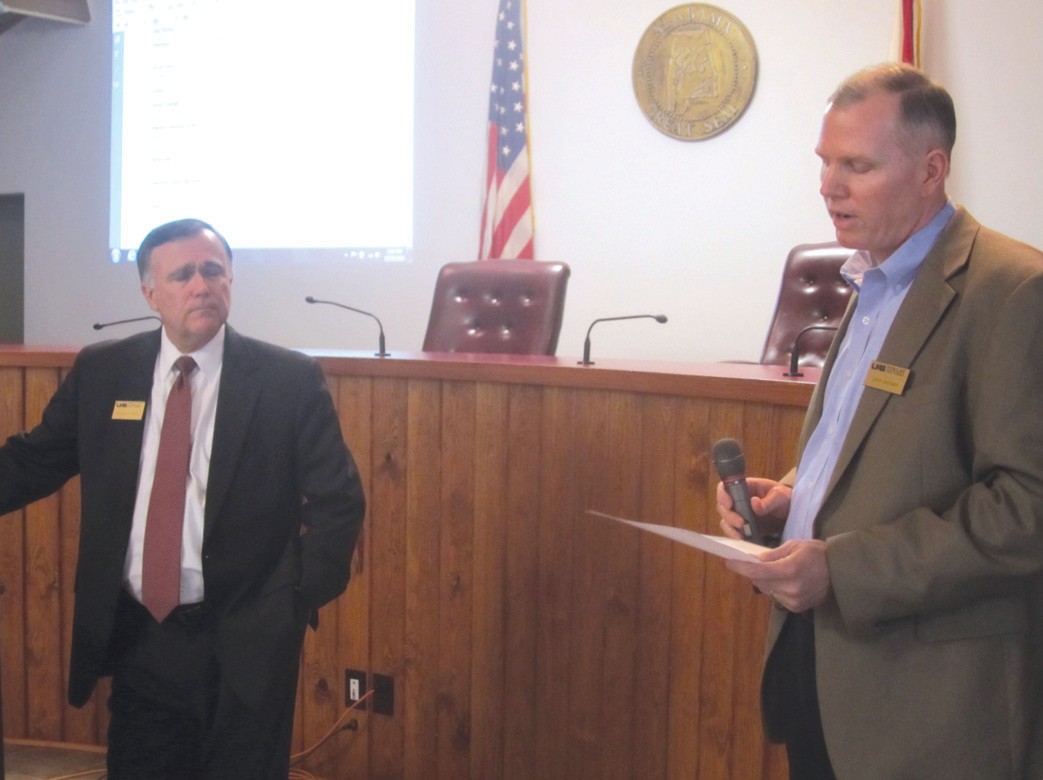 (From left) UAB professors Kenneth Miller and John Hanson present a summary readout of results from a retail market analysis conducted for the City of Oneonta. Miller is executive director, MBA programs and The Center for Sales Leadership at the UAB Collat School of Business. Hanson is associate professor of marketing there.

A major takeaway from the retail market analysis done by UAB for the the city of Oneonta was a detailed identification of business types and in some cases specific businesses that the market area would support, based on the magnitude of unmet demand projected.

The analysis was an updated report on the Oneonta section (only) of a more comprehensive countywide study including three other municipalities conducted in 2009. The update (and the very useful explanatory presentation and summary by two UAB professors) cost the city $5,000.

Above is a list of business types the study found to be most needed in terms of unmet demand within 30 minutes drive time of the Oneonta city center.

Presenters Kenneth Miller and John Hanson of the UAB Collat School of Business said the Market Potential Analysis portion of the study can be used to target specific businesses, using the example of national franchise restaurants. According to that analysis, the restaurants with the highest potential support in the market area (out of a list of about 60) were Ryan’s Family Steak House, Captain D’s, Hardee’s, Long John Silver’s, Sonic Drive-In, and Cracker Barrel. They said locallyowned restaurants based on a similar design and business model to those listed above could expect to share a similar reception in the market.

They recommended that the city assemble a task force to study the findings and develop a specific strategic plan based on the data, then actively recruit the businesses identified.

City manager Ed Lowe said the copies of the retail market analysis are available to interested citizens. It is available for downloading on the city’s website, it can be sent by e-mail if desired, or hard copies may be picked up at city hall, he said.