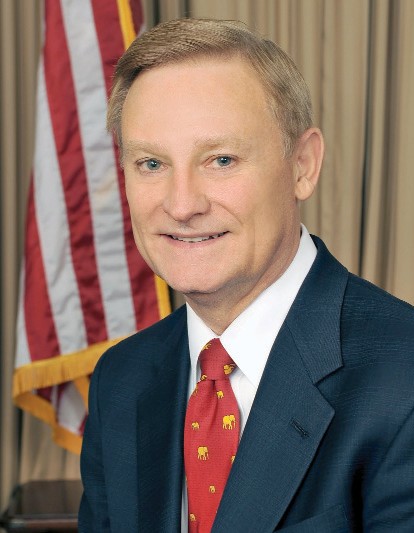 On Friday, Feb. 24, The Blount Countian e-mailed a set of five questions to each of the Republican candidates for the U.S. House of Representatives for District 6, which includes Blount County. Spencer Bachus, Scott Beason, David Standridge, and Al Mickle all got the questions the same day. All were asked to respond by close of business on Thursday, March 1, for an article to appear in the March 7 edition.

One candidate, David Standridge, responded with days to spare. Two – Scott Beason and Al Mickle – pleading the press of campaign business, responded a day late. One – Spencer Bachus – still had not responded after followup calls when the article was finished on Monday. 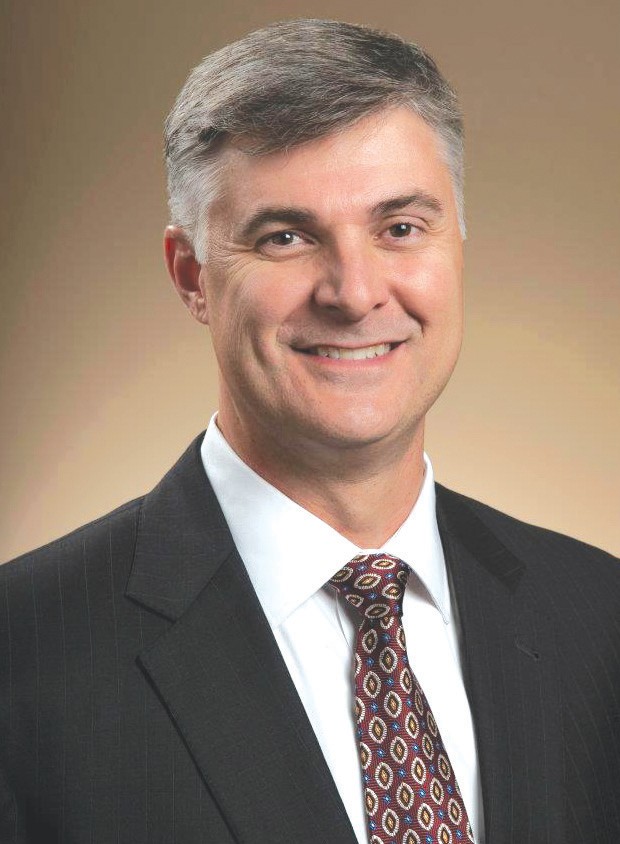 Below are the questions that were sent each candidate, followed by the answers in alphabetical order of the three who responded. Four of the questions were the same for everyone. One question was unique to each candidate and was intended to elicit a response on a difficult or touchy subject.

1. What do you see as the major issue(s) at stake in this campaign and what is your position on those issues; i.e. what solutions do you support?

Beason: “Job creation and economic recovery is the most important issue facing Alabama’s 6th Congressional district and the country as a whole. Congress must tackle this issue in a manner that works. Bailouts and tax increases will not bring prosperity and should be fought to the end, but common sense, economic freedom-based solutions will succeed. Tremendous debt stifles and eventually crushes a country’s economy. Notice the situation in Greece. We should start by getting a handle on the national debt and deficits by reducing the size and scope of federal government. At the same time we should send a balanced budge amendment to the states for ratification. Next, the Congress should begin to reduce the amount of regulation that is put on the job creators in this country. We should focus on domestic energy production and reduce the cost of gasoline at the pump. We should encourage entrepreneurs and business development by making it easier to compete in the global market. Trade agreements that put our own people at a disadvantage make no sense.” 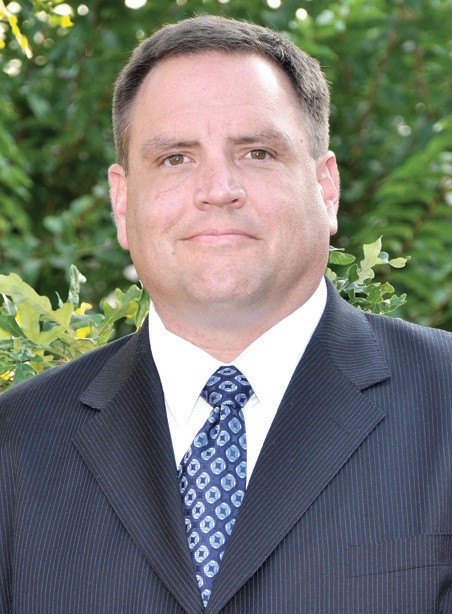 Mickle: “The economy is important. I have owned a small business and managed large ones. I know how to create jobs, thus growing our economy. Alphabet agencies (i.e. DOE, EPA, FED, etc.) are operating outside the law, without oversight from Congress and this has to stop. Approving the Keystone Pipeline would be a good start. We must get big government out of the way, so that businesses can grown and prosper. This will make for new jobs, increased income for employees, and more stable families.” 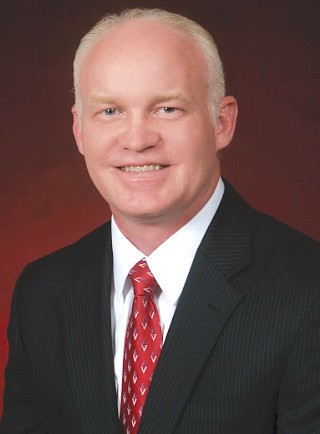 Standridge: “The most important issue for District 6 is the economy. Major economic factors are the rising gas prices, the national debt, over-regulation of business, and fear for the future of our country. Many people are out of work and the ones who are working are not making enough money to keep up with the rising cost of living. A prime example of this is the rising cost in gas prices which depletes the budget of American families. We must explore and use our own energy resources so we can stop depending on the Middle East and lower our gas prices. Our economy will not improve as long as people have to overspend for gas. Our national debt is a huge burden on our economy. We have to cut spending, get rid of waste, and demand a balanced budget in Washington. We can’t grow our economy while our business leaders are concerned about being over-regulated out of business, and the citizens are gripped in an atmosphere of fear for the future of our county.”

Beason: “Our foreign policy should be that we only involve ourselves where we have a clearly defined U.S. interest. We cannot be the police force or the daycare service for the world and should stop trying to be. Free-flowing foreign aid costs us billions of dollars and does not buy us any friends. Countries that we have helped for decades still claim to hate the United States. Foreign aid should be greatly reduced and limited to those countries that are our real allies and represent strategic positions in the world. Those dollars can be better used at home, as we secure our borders and make sure that militarily we remain the strongest nation in the world. The United States should always pursue peace through strength, with the willingness to conquer any threat, coupled with the wisdom to stay out of any conflict that is not her own.”

Mickle: “I fully support having the strongest military in the world. However, since I’ve ‘been there’ I have a perspective that none of the other candidates possess. I believe that we should get our own house in order before we try to fix every other country on earth. We must get our own finances straight before we try to fund other governments. When WE are solvent, then we are in a better position to help others if/when absolutely necessary.”

Standridge: “I believe in peace through strength. We should always have a powerful defense at the ready to protect from enemies both foreign and domestic. A strong national defense is paramount to our security for our freedom and our rights as Americans. My son is a graduate of the United States Air Force Academy and is presently serving as a captain in the Air Force. I understand what our military personnel go through. Our troops fight valiantly for our freedom. We should listen to our military leaders, and with careful prayer and consideration, only go to war in the interest of our national defense and our freedom. I believe we have to re-evaluate any foreign aid that our country gives and stop aid to those who are hostile to the United States. We must control our national debt and stop supporting our enemies while we have so many needs in our own country.”

4. Summarize your position as a Republican on working with the Obama administration as it attempts through various measures to support an economy that seems on the brink of noticeable recovery.

Beason: “I don’t expect to have to work with the Obama administration because I expect there to be a new president headed to the White House after the November election.”

Mickle: “Regardless of party, we must get back to the CONSTITUTION. Representatives from both parties have passed bills that violate our most basic freedoms from the Bill of Rights. In order to improve our economy, we must get government out of the way, so that business can flourish. This is Constitutional and it is right. Without following the Constitution, even an improving economy will only lead to socialism.”

Standridge: “First, I plan on working with a Republican president as I believe Obama will not be re-elected. I hope that our economy will start to recover. However, the rising cost of gas, the burden of ‘Obama Care,’ and the over-regulation of our businesses will stop any recovery under this present administration. Our government can’t spend us back to a strong economy. I believe in a smaller government that supports our businesses to create jobs. It’s very hard for our economy to recover with gas prices constantly rising. With a new administration and Congress, we can work toward energy independence and lower our gas prices.”

Beason question: How do you respond to criticism concerning your use of a pejorative term for African Americans while wearing a wire in an FBI probe of vote buying the the Legislature?

Beason: “I will always stand against corruption in government and am proud of the fact that I went to the FBI in an investigation that led to multiple guilty pleas over public corruption. As for the comment, I have already addressed that.”

Mickle question: How do you respond to the criticism that your being a newcomer to national office would render you unprepared to advance your constituents’ interests in the rough and tumble world of Washington politics?

Mickle: “Criticize my experience? I’ve served in combat zones and owned a business, so I know some things about a rough and tumble world. I am more than ready because I will follow the Constitution, as well as the voice of our people. I can stand strongly, with the Constitution and the people.

Standridge question: How do you respond to the criticism that your being a newcomer to national office would render you unprepared to advance your constituents’ interests in the rough and tumble world of Washington politics? (Same question as Mickle.)

Standridge: “I have not faced criticism about being a newcomer to Washington while campaigning. People want change in Washington, and see it as an advantage that I am not a member of Congress or the state Legislature. As probate judge, commission chairman, school board member, and law enforcement officer, I have developed relationships in all the counties in District 6 as well as our state and federal government. I have gained knowledge of how government works in many different capacities. I know what the local towns, schools, counties, and people are dealing with. I can take this knowledge to Washington and succeed without being controlled by special interest groups. I believe our congressman should be a true statesman and be a voice of the people who elect him.”

In a nutshell, why do you think you are the best person for the job of sixth district congressman? Why should citizens vote for you?

Beason: “Most candidates claim to believe in conservative principles. The problem is that very few of them actually work for those principles when elected. Before the voters of Blount County helped elect me to the state Senate, I promised to deal with illegal immigration. I told people I was pro-life, pro-gun, and anti-tax. I said I was for Christian principles and smaller government with more accountability. I have fought for those things and my resolve has not lessened. Even my detractors know that I intend to do what I promise my voters. You can trust me to do so.”

Mickle: “I am UNIQUELY the best person for the job, because I have experience NONE of the other candidates can claim. Having served as a corpsman with the Marines, I’ve experienced how politics can either enhance our military operations, or detract from them. I am also the only one who has owned a small business or managed large ones. I know how to run a profitable business, within a budget. No other candidate has this experience. I am:

Standridge: “I grew up on a farm in Blount County and married my highschool sweetheart. Danna and I received our college degrees while working two and three jobs and raising a family. We are proud parents of a teacher, an Air Force captain, and a soon-to-be doctor of veterinary medicine. We have worked in public service to make our community a better place, and I’ve had the honor to serve Blount County for many years. This is the America that I know and believe in.

Now, I am concerned about our country, and I am passionate about getting it back on the right path. I understand the people of District 6 and want to be your choice. I ask for your support, your