Two up… Two down! 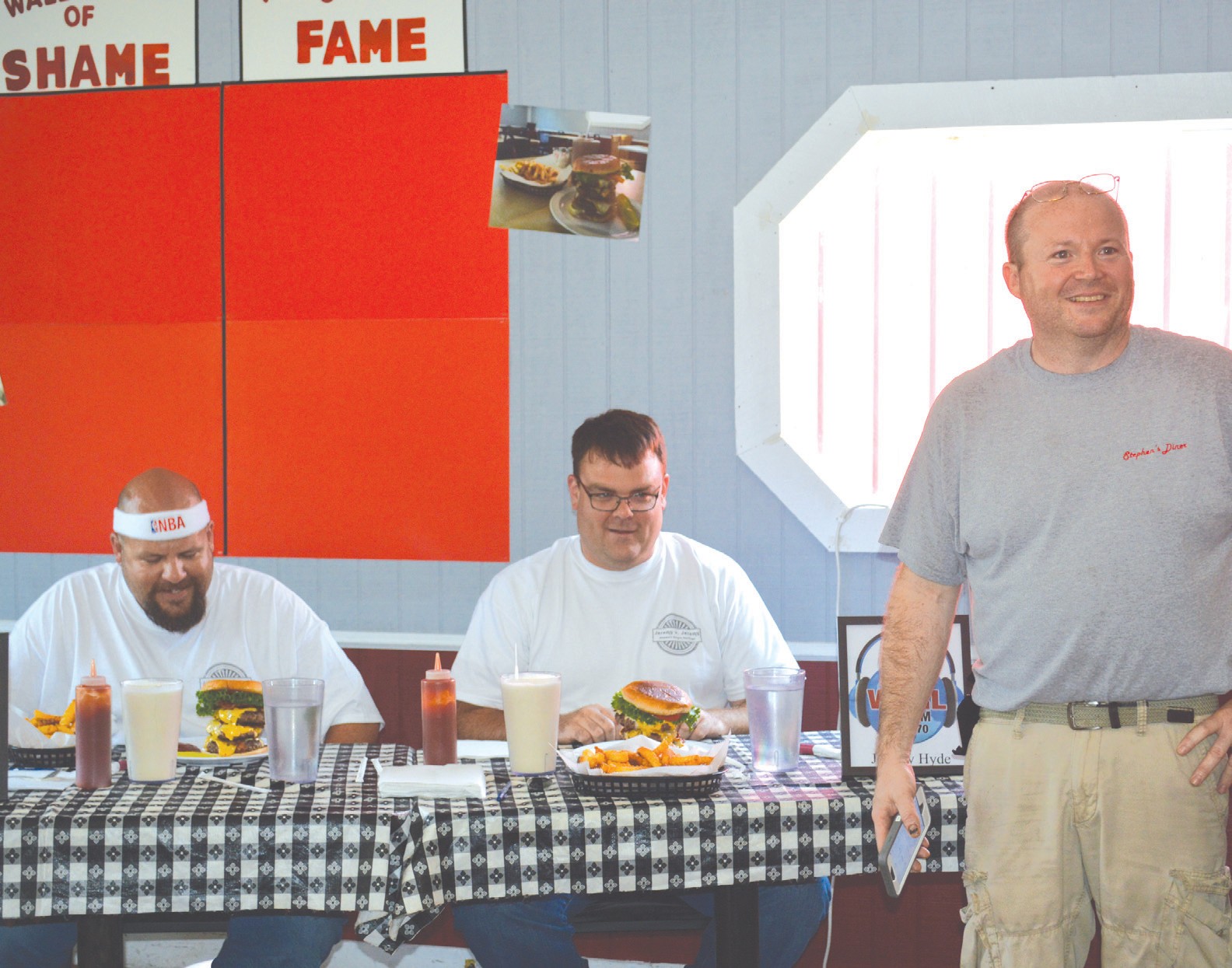 Stephen’s Diner owner Stephen Hill welcomes the latest challenger’s to his Triple- Bacon Cheeseburger Challenge – Jeremy Lesley (left) of WCRL and Jeremy Hyde of Alabama Power. Despite a big cheering section for each, the pair were ultimately unable to down the triple cheeseburger, homemade potato chips, and 32-ounce milkshake in the 20 minutes allowed. A gutsy effort, in more ways than one. –Rob Rice